BEECHER CITY – Even their foul balls were hit hard.

The Lady Rams came out swinging against St. Elmo in the semifinals of the Egyptian-Illini Conference Tournament on Saturday, posting the day’s highest run total in a 16-1 drubbing.

“They are adjusting and not going for any pitch (that isn't want they want) on the first strike,” said Ramsey coach Mike Jackson of hitters.

Included in Ramsey’s 14 hits were six doubles, four of which brought home at least one run.

Senior Darien Carter and juniors Shaunna Rainey, Peyton Banal and Taylor Knisley made the most impact on offense, with each getting at least two hits, scoring twice and driving home at least one run.

Knisley sent the first pitch of the bottom of the first inning to left for a double, and she scored when Banal reached on error. In between, Rainey was hit by a pitch and Carter walked to load the bases.

That was all the damage for the first, but the Lady Rams added three more runs in the second, with Chantelle Harl singling and stealing second and Jenna Hunt reaching after a dropped third strike.

Rainey singled them both home and she scored one pitch later when Carter stroked a double to right.

Eight runs would cross in the third.

Stevie Coates led off the inning with a double, Jordan Blackburn followed with a single and Kim Casey walked to load the bases.

Knisley delivered an RBI single, Hunt walked, Rainey singled and Carter walked to bring home half of the runs.

Banal followed with a two-run single, and Casey would have a two-run double to cap the inning. In all, 13 Lady Rams batted in the frame.

Rainey, Carter and Banal had three straight hits to score another run in the fourth, and Blackburn delivered a two-run double to end Ramsey’s scoring.

She went on to pitch the first four innings of the championship game, despite temperatures near 90 degrees for most of the afternoon.

“It helps that she pitches summer ball,” Jackson said. “We were fortunate to get the first game done in five innings.”

St. Elmo picked up its run in the fourth, after Dani Austin reached on an infield single and came across the plate on a double from Savannah Feezel.

Darby Moss and Tiffany Austin were the other Lady Eagles who recorded a hit. 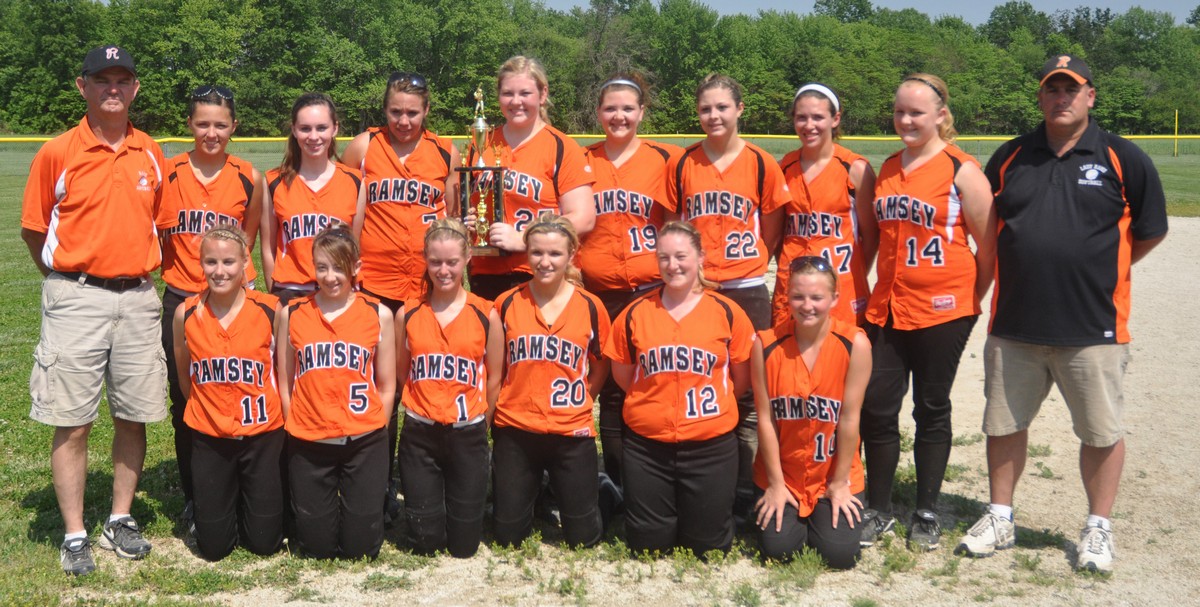