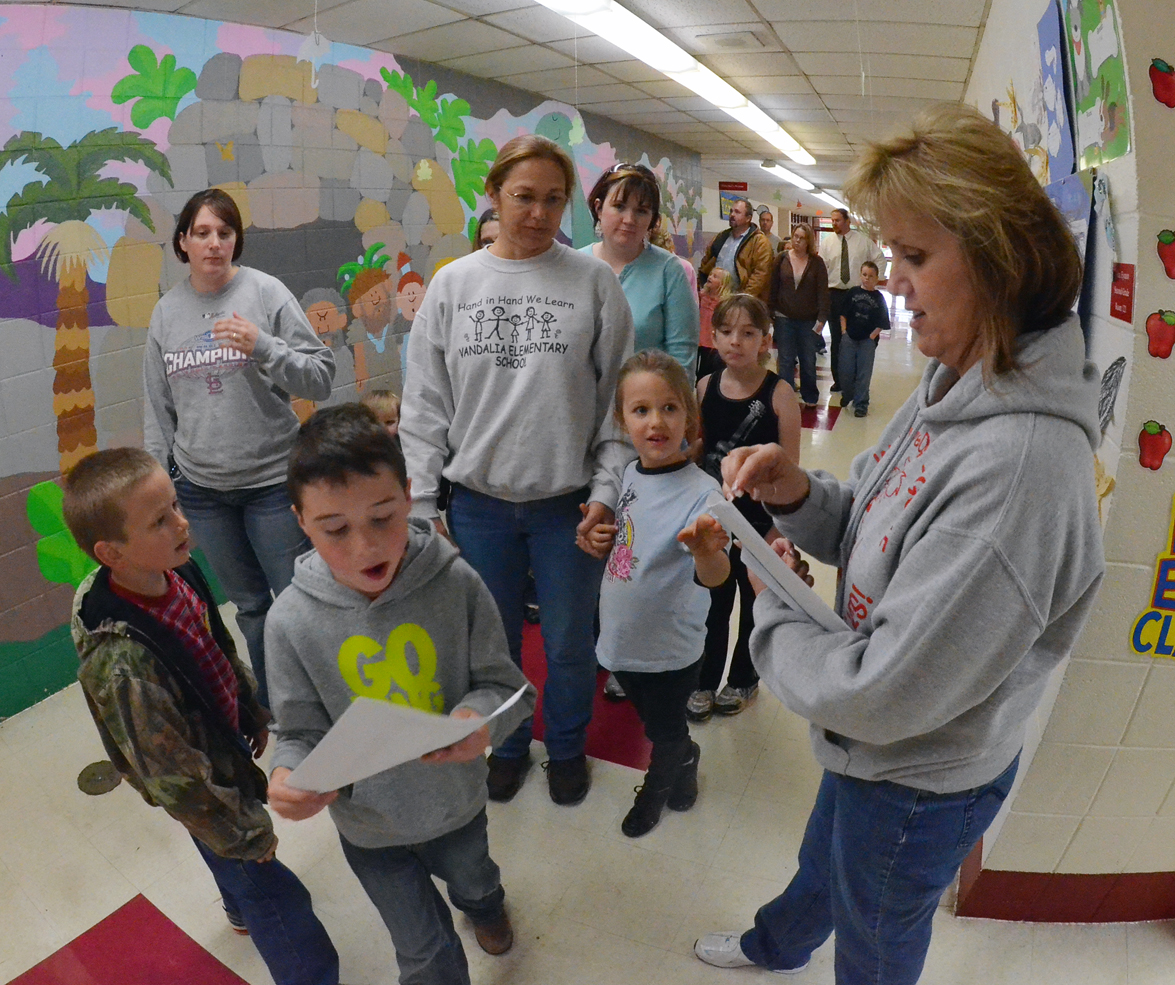 The evening’s activities included an orientation for students who will enter VES as second-graders next year. The orientation included a tour of the school, led by Principal Stacy South. Above, second-grade teacher Calista Eyman hands out information during the tour. 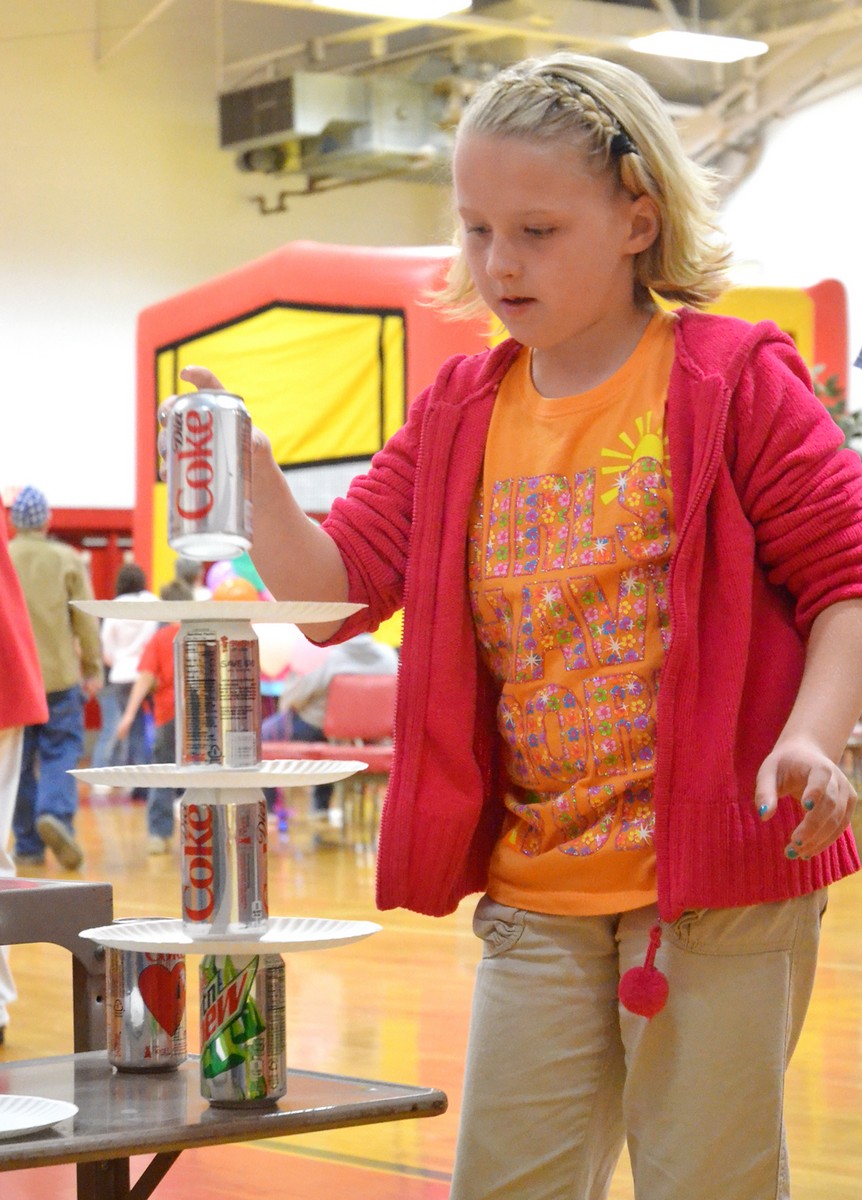 Delaney Kopp tries to beat the clock in stacking soda cans and plates during the Fun Fair. 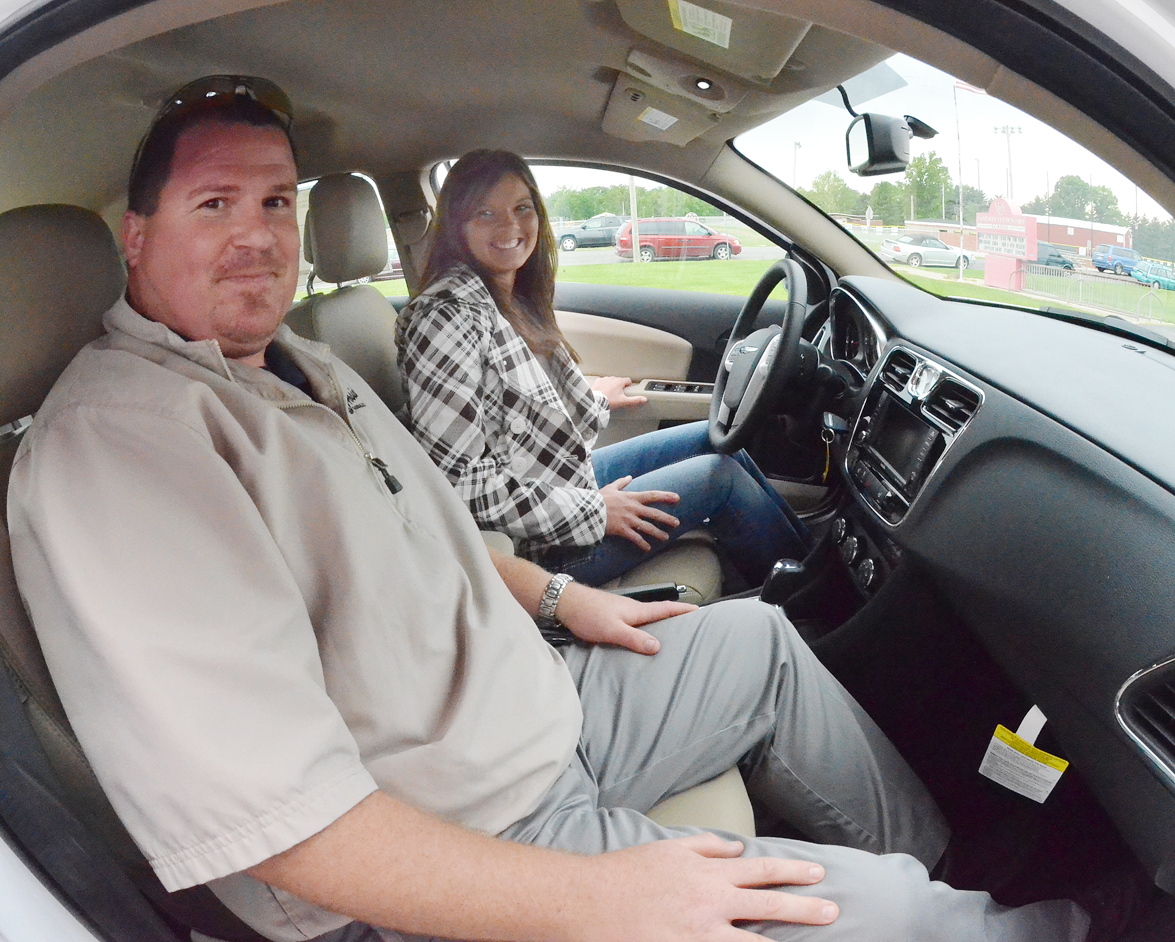 Kelly Hebenstreit, behind the wheel, was among the people test driving Chrysler vehicles in the school’s circle drive. In the passenger seat is Hosick Motors sales consultant Brian Major. The school received $10 for each test drive.