The win, which also included 13 strikeouts, was his fifth of the season.

“We got what we needed from our pitcher today,” said coach Luke Hohlt. “He was ahead of all the hitters, changed speeds well and had a lot of confidence.”

Just three batters got three balls in the count, and only two of them got ahead with a 2-1 count. Among them, only one got a hit.

Murrell struck out at least two batters in five of the seven innings, including the fourth-seventh frames.

“For him to continue doing that (all game) gives the team confidence,” Hohlt said. “He’s a guy who will step up and say, ‘We’re going to win this game no matter the cost.’”

Murrell, who has won both of Vandalia’s South Central Conference games this season, wasn’t even rattled when the defense made an error that it shouldn’t have.

The miscue came with one out in the sixth, when two fielders watched a ball drop between them, but Murrell retired the next five batters in 17 pitches.

Senior Dathan Berning singled to right in the first to bring home Vandalia’s first run, and by the end of the game, he was 3-for-4, with three singles and two RBI.

All of his at-bats came with runners in scoring position.

“You have to have that,” Hohlt said. “Dathan didn’t have the start that he expected, but tough players battle through for the long season.”

Berning had just four hits through the first eight games, but his day against Pana could have been the breakout game he needed to get his bat going like it was last season, when he hit near .400.

Nick Metzger, another senior, had a 3-for-3 day, including a two-run single in the third, and an infield chop for a single in the fifth, and senior Trevor Montgomery was 3-for-3 with a walk and two runs.

Otherwise, the Vandals offense was mostly a mixed bag, as all but three players reached base, but six times a player watched strike three go by without swinging.

Vandalia (6-3, 2-0 SCC) was 4-for-10 with runners in scoring position, but four innings ended with runners stranded. 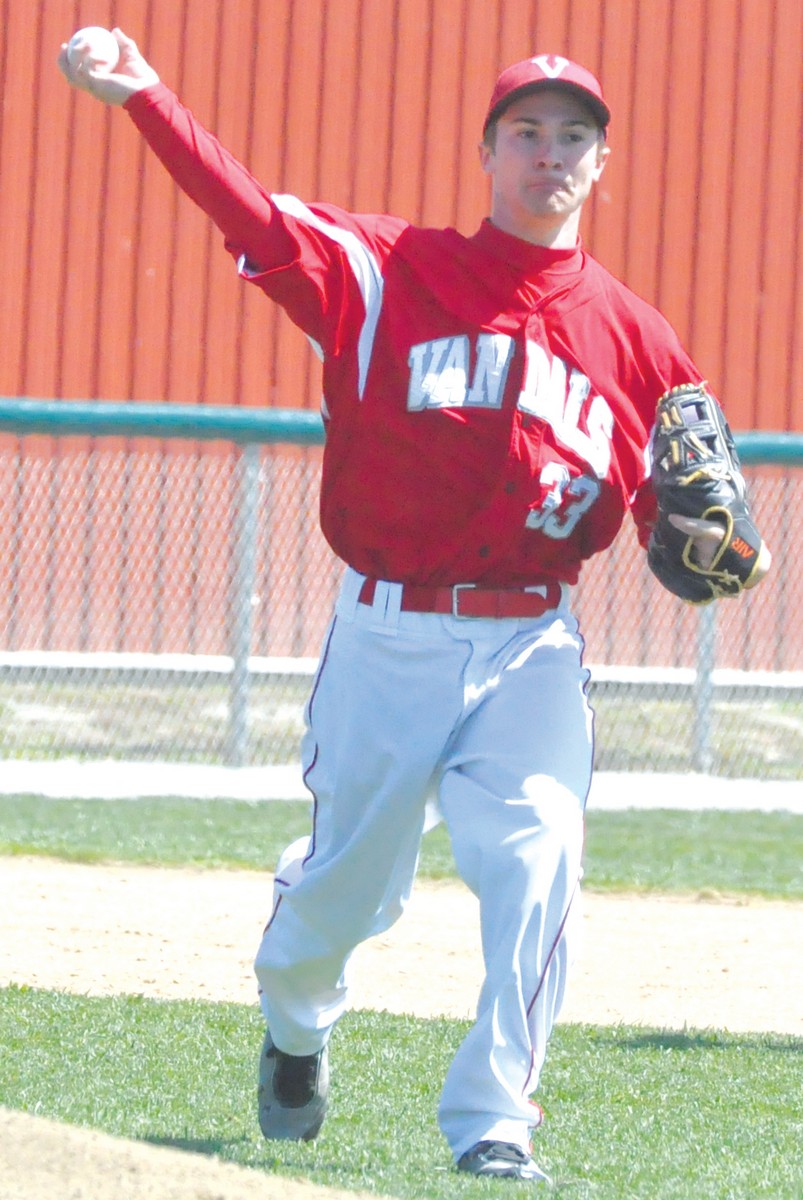 Sophomore Matt Beck throws to first to record an out that helped senior Ian Murrell fire a two-hitter in a shutout win against Pana last Friday. 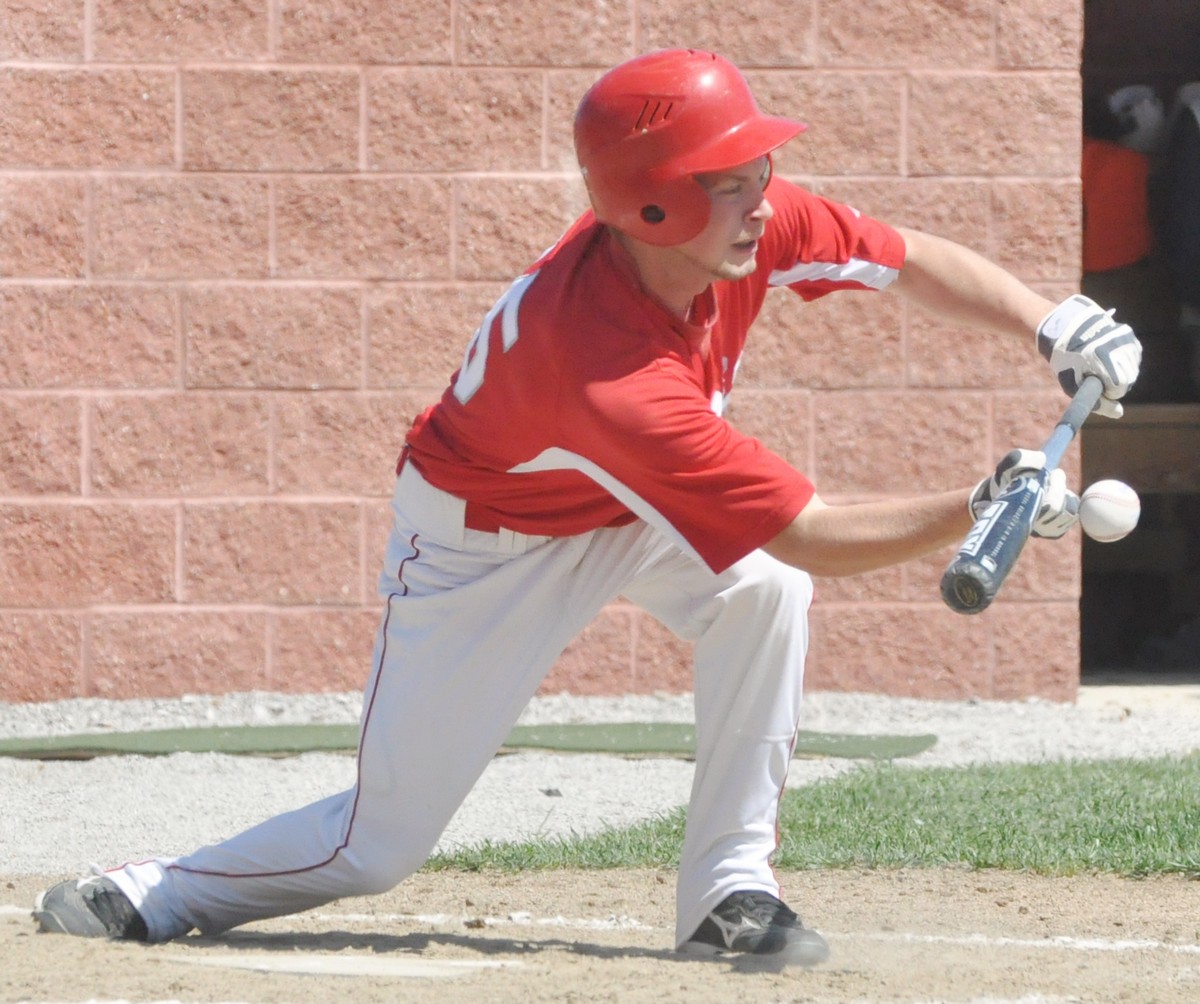