Area baseball and softball teams have been outside more often at the start of this season’s practices than last year.

Warm temperatures over the past two weeks have allowed teams to practice outside instead of inside gymnasiums like last season, when snowy and cold conditions lingered through March.

In  St. Elmo, the more-traditional practices helped prepare the Eagles for their season-opener with Shelbyville on Tuesday, which the team lost, 12-2.

Despite the loss, that time outside certainly benefited the Eagles, since a successful basketball season gave St. Elmo limited time to practice prior to the opener.

“We have been able to get on the field more than this time last year, but still got a late start due to playing in the basketball sectionals again,” said coach Ryan Beccue.

Of St. Elmo’s 10 baseball players, six were on the varsity basketball team that ended its season on Feb. 29 at the sectional tournament.

Coaches are hoping that the nice weather continues, because rain fell in the area frequently throughout last season, putting some of the area’s fields out of commission for a week or longer.

“We have been on the field more this spring than we were all of last year,” said Patoka coach Joey Eddy said.

The benefits are obvious, as it’s impossible to simulate game situations inside a gym or a hitting shed.

Eddy said that players are able to work on the hand-eye coordination involved with fielding grounders and hitting while indoors, but the whiffle balls the team was using last Thursday when practice was moved inside due to rain don’t come close to fully preparing a team.

While the Warriors were outside, however, Eddy said his players looked sharp fielding grounders off of the dirt and catching fly balls in the sun.

Vandalia baseball coach Luke Hohlt said his team was excited to be on the field at the start of practices.

“It’s huge,” he said. “We have almost been overwhelmed with the weather.”

As a coach, he has had to rein in his players on some days, because the Vandals have been wanting to go straight into scrimmaging without getting their bodies into baseball shape.

The Vandalia softball team, however, has been doing a lot of scrimmaging due to the nice weather, said coach Brian Buscher.

“We’ve spent a lot of time scrimmaging and getting live at-bats,” Buscher said. “You don’t want to do that too much, but in the first week of practice, we got the majority of our basics in.”

Buscher said he found through the scrimmages that there are certain fundamental aspects that his team needs to improve in, but that there are also other areas that are farther along than he expected.

But above all, Buscher probably reiterated what every coach and player in the area has been thinking.

“The weather has been great,” he said. 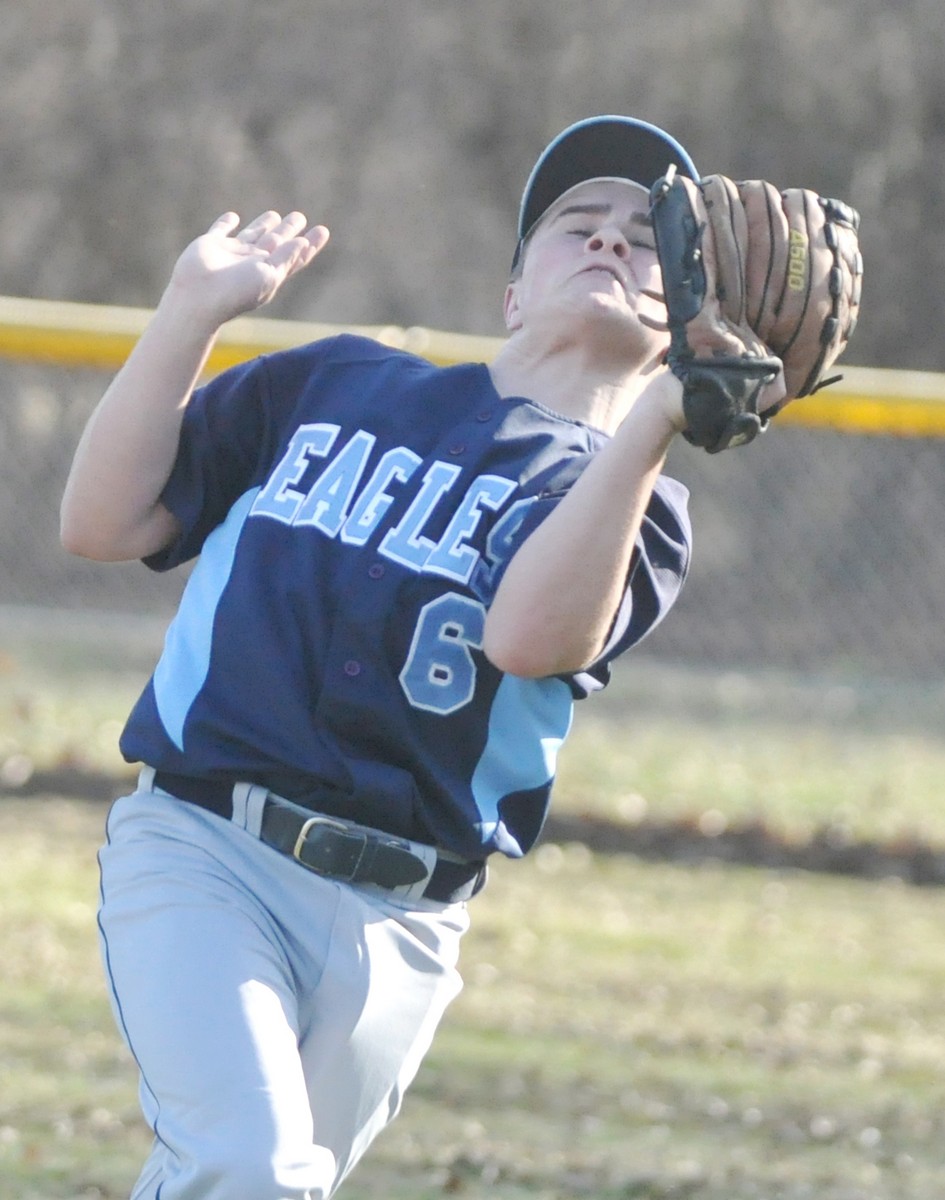 St. Elmo sophomore Dalton Parks hauls in a fly ball on Tuesday. Catching fly balls in the sunlight is one of the primary benefits to being able to practicing outside early in the season.