The continuous rainy weather that recently soaked the region came at a bad time for the Vandalia High School baseball and softball teams, canceling a combined six games at a crucial juncture in the season.

The baseball team has lost six of its past seven games, and coach Luke Hohlt considers that stretch more as bad luck than a slump, but still would have preferred to play the missed games to try to break out of it.

A game against Hillsboro on Friday, a doubleheader at Centralia on Saturday and a game at Litchfield on Monday were all canceled, however, forcing Hohlt to find an alternative way to help his team to end its skid.

“(Rain is) expected when you’re playing ball in Southern Illinois,” Hohlt said. “You have to be really flexible, and that’s what we try to teach our guys.”

And if that means practicing on the high school tennis courts, like the Vandals were doing Monday morning, then so be it.

Because of the prolonged layoff, a few extra drills have been added to the practice routine. Hohlt said that regular practice would not have simulated the game action players missed.

“We have to simulate competition,” he said. “It may not be a game, but we have to do something competitive.”

No matter where the practice is held, that will be the case for the Vandals, and Hohlt is convinced it will pay off by giving the team a strong finish to the season.

“I expect us to roll (against Pana on Wednesday),” Hohlt said. “We are about halfway through the year, as far as games are concerned. We might not get to play 15 games on the back side (of the schedule), but I expect us to win quite a few of them.

“I think we’re coming together, and I’m excited about what will happen when the weather dries up.”

For the softball team, the rain caused a different type of displeasure.

Last Wednesday, the Lady Vandals came from behind to defeat Greenville in extra innings, giving them a much-needed confidence-booster and some positive momentum.

After losing both games of a doubleheader at Breese Central last Thursday, a game at Hillsboro on Friday and a game against Litchfield on Monday were called off. Therefore, the Lady Vandals were not given the chance to capitalize on their momentum in any conference games.

“We are sitting at 4-0 in conference and have a little momentum going, and we wanted to get those games in,” said coach Brian Buscher. “You can’t predict rain, but it is bad timing.”

The Lady Vandals had been avoiding inclement weather, as only a junior varsity tournament had been canceled this season, and Buscher said he is doing his best to not let the recent rainouts distract his players.

Vandalia was scheduled to play at Pana on Wednesday, and Buscher said he wasn’t sure how his team would respond after the layoff.

“It’s a wait and see,” Buscher said. “Hopefully, we can get a good practice in before our next game to do game situations on a field, but you never know.” 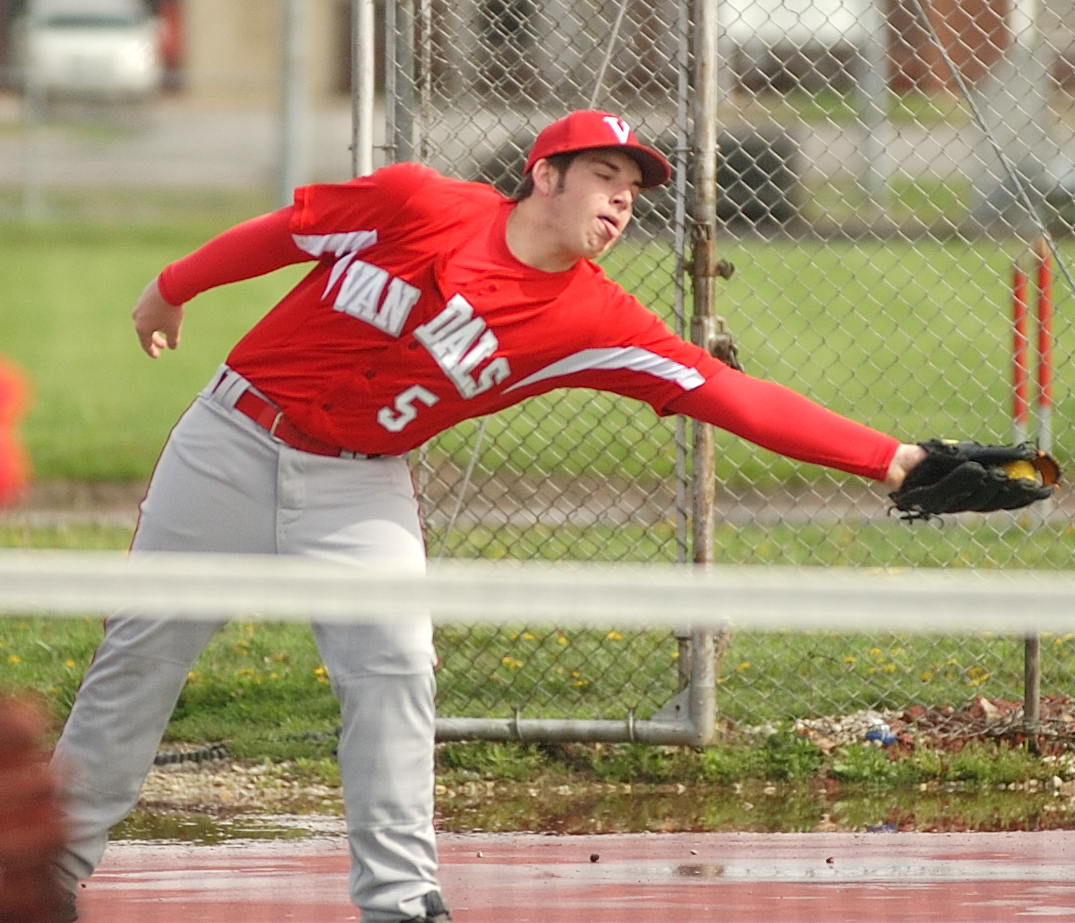 Sophomore Mitchell Zimmerman makes a catch during a morning practice on Monday. The Vandals were forced onto the high school tennis courts because the baseball field was too wet. 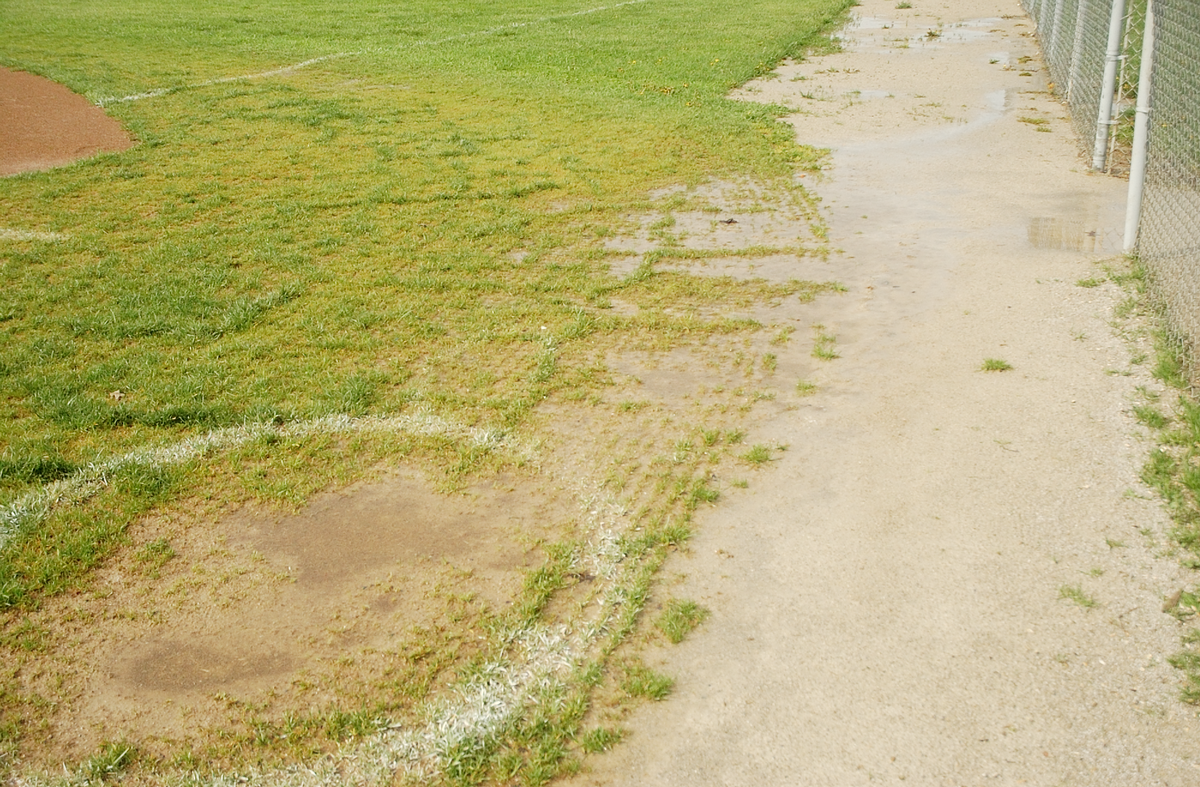 Standing water on the high school softball diamond forced a game against Litchfield to be canceled on Monday.