Loretta Beyes, 88, of Carlyle, and formerly of Fayette County, died on Tuesday, April 26, 2011, at St. Joseph’s Hospital in Breese.

Services will be held 11 a.m. on Thursday at Zieren Day Funeral Home in Carlyle, with the Rev. Keith Michaels officiating. Burial will be in Fairlawn Cemetery in Vandalia. Visitation will be held from 9 a.m. until time of services on Thursday at the funeral home. Memorials: First United Methodist Church in Carlyle or donor’s choice. Online condolences may be made at www.zierenday.com.

She lived in Vandalia and worked as the office manager at FS for 24 years. 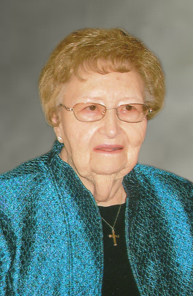