PANA – Coach Jane Bell said the Vandalia boys track team had a test in determination on Saturday at the Pana Open, as cold temperatures, wind and rain made for a miserable morning and eventually postponed the finals of the meet until Monday.

“This is about resolve,” Bell said. “This isn’t about times.”

The conditions could be a positive, however, Bell said, because if the conditions are poor at the conference meet or the sectional meet in a few weeks, having the experience of battling through them would be beneficial.

Most field events and the 4X800-meter relay were completed on Saturday, as well as the preliminary races in several sprints.

Sophomore Wade Cowger placed fifth in the high jump with a leap of 5 feet, 8 inches, and the 4X800 relay team placed third.

Junior Zach Jackson, Cowger, junior Quenten Austin and senior Daniel Bell ran through the conditions and combined for a time of 9:36.

Austin had the fastest qualifying time in the 100-meter hurdles on Saturday, and he continued that dominance on Monday, securing top honors with a time of 0:16, which tied his season-high.

Later, in the 300-meter hurdles, Austin scored another first-place finish, with a season-best time of 42.6 seconds.

The freshman/sophomore 4X100-meter relay team was Vandalia's other first-place finish. 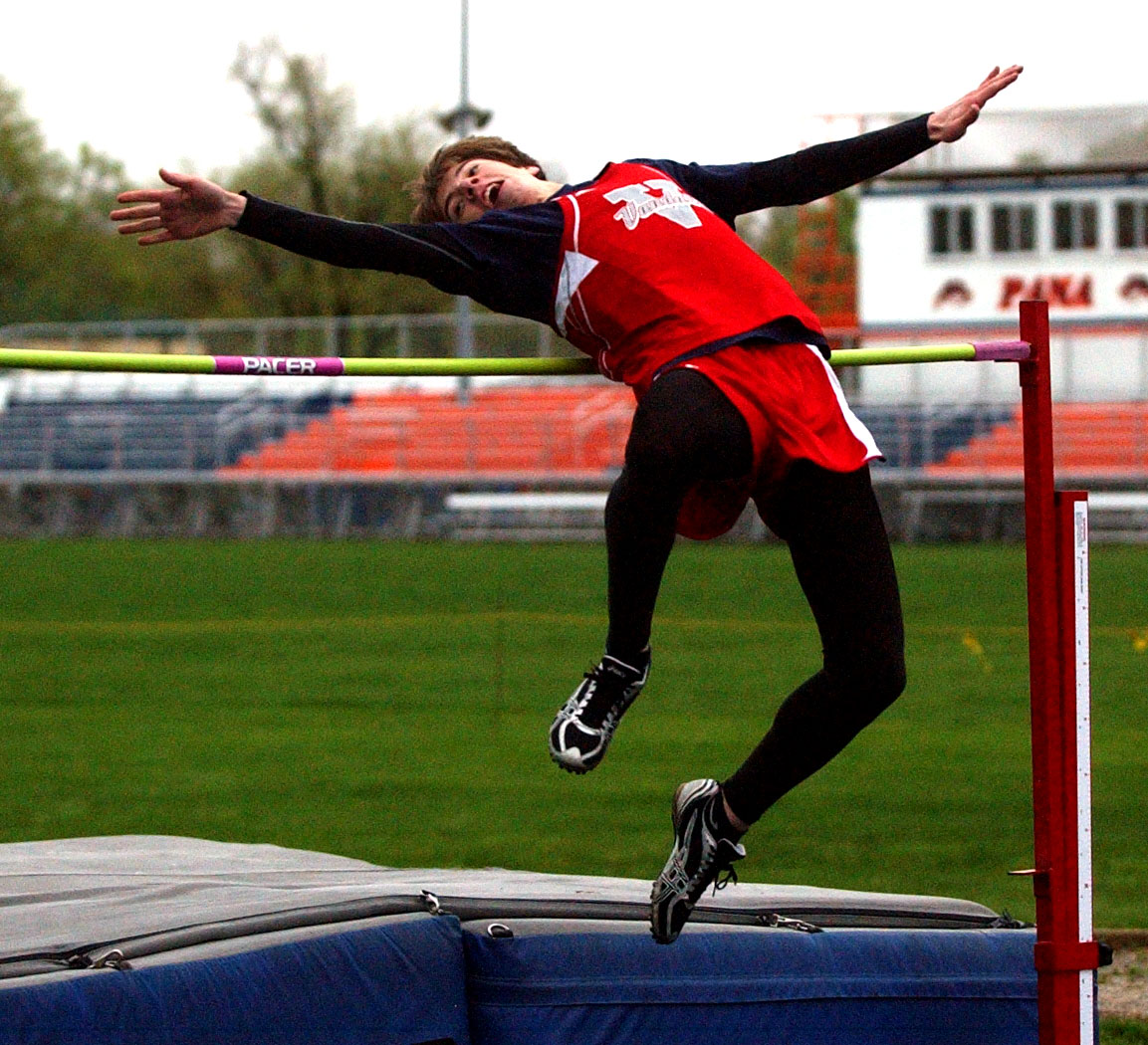 Sophomore Wade Cowger finished fifth in the high jump at the Pana Open. He is seen above clearing the bar on Saturday.