RAMSEY – Despite having just nine players available, the Ramsey bats came alive for 13 runs to back up freshman Tyler Knisley’s one-hitter during a shutout win against Christ Our Rock Lutheran last Thursday.

The Rams, which lost seven seniors to graduation last spring, did not win a game in the fall, but coach Mark Rinehart stayed upbeat and was thrilled to see his players get in the win column.

“It has been a lot of hard work and a lot beatings we have taken,” Rinehart said. “I told them that if we could put a game together when we played some defense, didn’t walk 15 guys, got some timely hits and the other team made some mistakes, we could win.”

That all happened against the Silver Stallions.

The Rams made just one error, walked six batters (only one of whom made it to third base), recorded eight hits with runners on base and took advantage of four Christ Our Rock errors.

“I’m glad for all the kids,” Rinehart said. “They stuck together, they didn’t quit and we got a win with nine guys.”

Knisley struggled out of the gates from the mound, however, walking three batters in the first inning and hitting just 6-of-18 pitches for strikes.

A double play on a line drive and a cleanly-fielded ground ball got the freshman out of the jam, and over the next four innings, 62 percent (36-of-58) of Knisley’s pitches were called strikes or hit.

Of the three batters he struck out during the game, none of them swung at strike three.

“He got that bulldog attitude,” Rinehart said of Knisley’s turnaround.

Throughout the game, Rinehart talked about the importance of collecting runs in every inning to help support what would become the best pitching and defensive effort of the season.

The Rams started with one run in the first, when sophomore Ryan Black scored from first base on a double by senior Luke Webb. Senior Andrew Cunningham followed with a single, but Webb was thrown out at home on an aggressive call by Rinehart.

“We go up there (on offense) being aggressive, but I want us to get walks sometimes,” Rinehart said. “That tells me they’re seeing pitches.”

In the third inning, the Rams broke the game open by scoring five runs to take an 8-0 lead, with the biggest hit of the inning coming off the bat of freshman Will Strobel.

With two runners on base, Strobel worked the count full before blasting a double that bounced off the right-field fence and drove in two runs.

As Rinehart said, that was a pretty good spot for a player’s first career hit.

“Will Strobel is one of the best kids you could ever imagine (as a person),” Rinehart said. “When you see a kid like that succeed, it’s unbelievable.

Strobel scored again in the fourth after reaching base on an error, which also brought in a run.

Knisley, Black and Webb had three straight RBI hits to drive in four more runs to give the Rams their final margin. 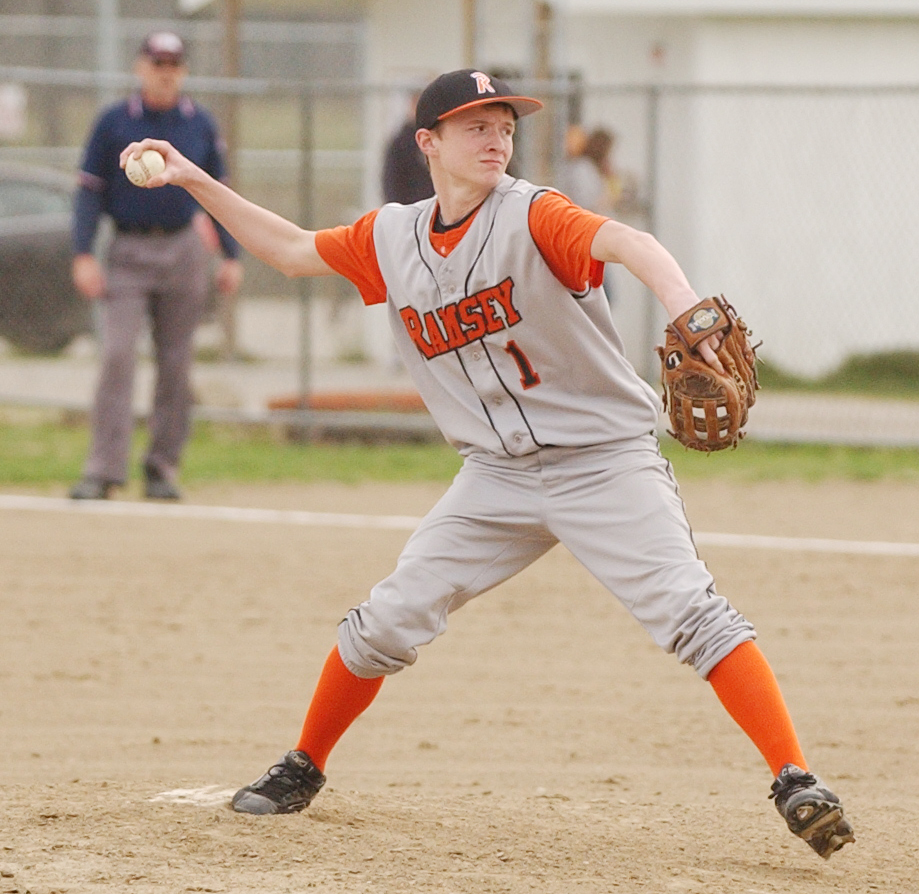 Freshman Tyler Knisley threw a one-hitter against Christ Our Rock last Thursday, and pitched himself out of several jams after he walked some batters. 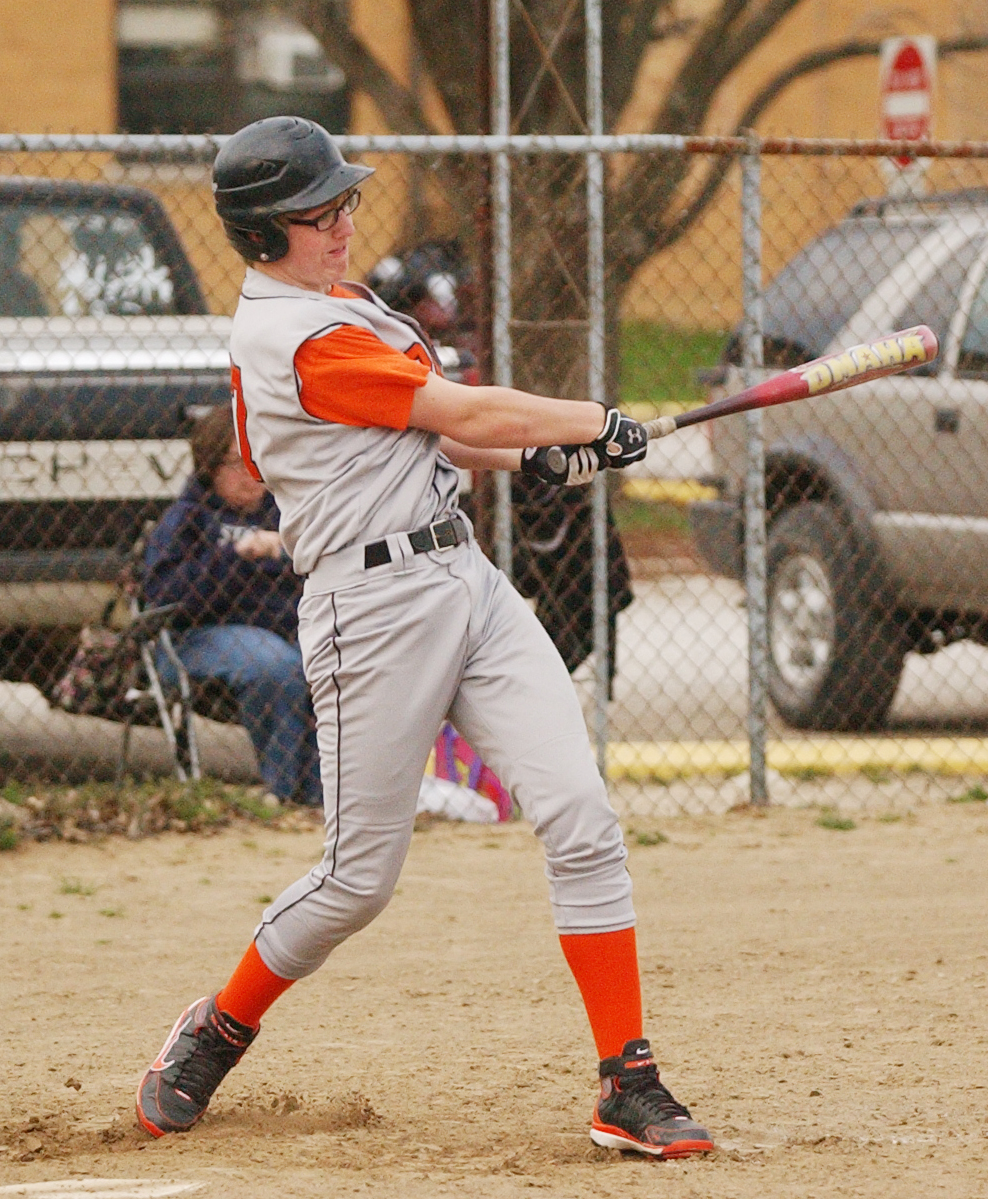 Freshman Will Strobel swings during Ramsey’s win against Christ Our Rock last Thursday. He had his first career hit during the game.