Ultramarathoner Dean Karnazes, who is 2,000 miles into a 3,000-mile run across America, passed through Vandalia on Tuesday.

The transcontinental trip began on Feb. 25 in Southern California and will conclude in mid-May in New York City. He’s averaging 40-50 miles per day. Kanazes’ trip is being tracked by daily reports on ABC’s LIVE with Regis and Kelly television program. He’s making the run to raise awareness of the need to fight childhood obesity. He has established a foundation called Action for Healthy Kids. His run can be tracked by typing in “Run Across America Dean” on Google. In the first photo, Karnazes is shown in front of the Vandalia Statehouse. In the second photo, he approaches Vandalia from the west on U.S. Route 40. Karnazes will be participating in a 5K run in Altamont later this week. 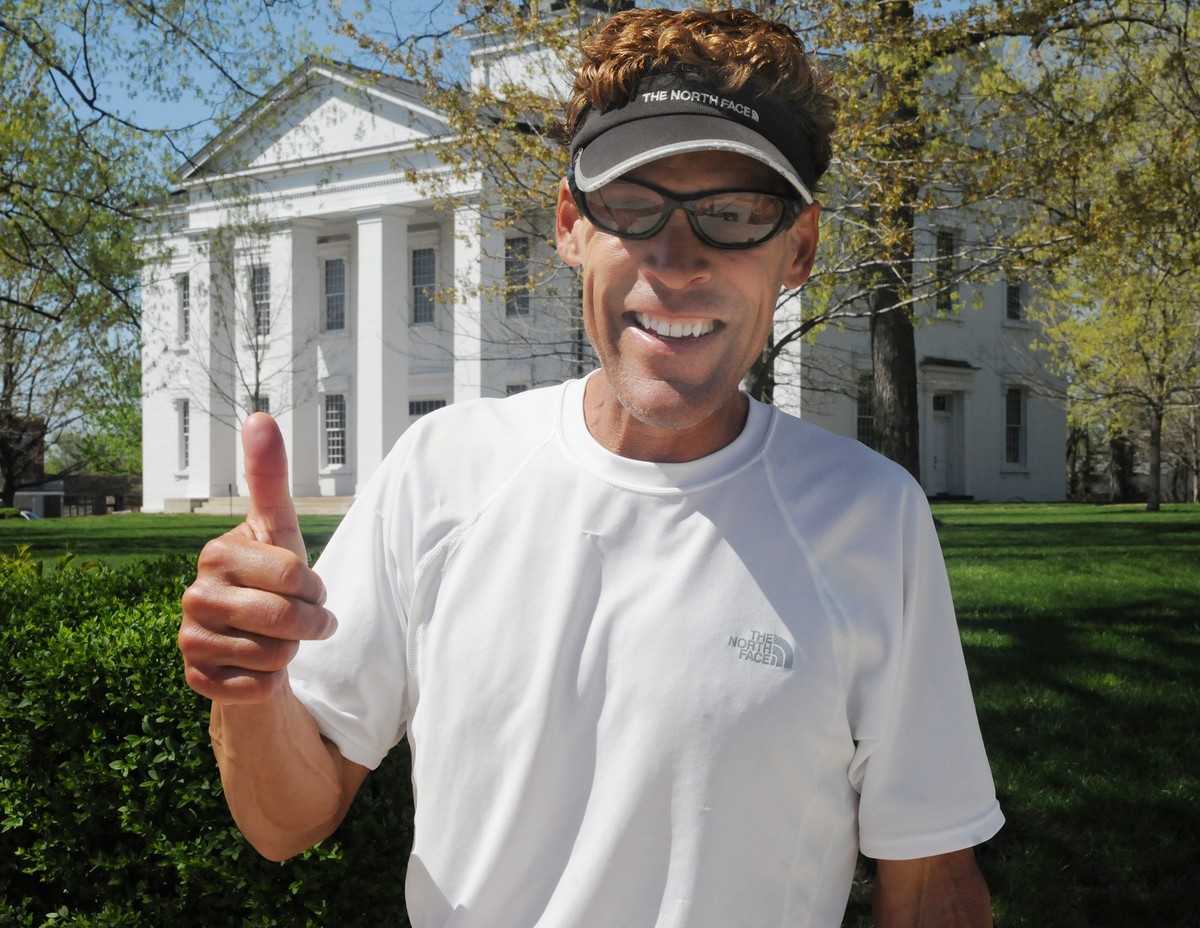 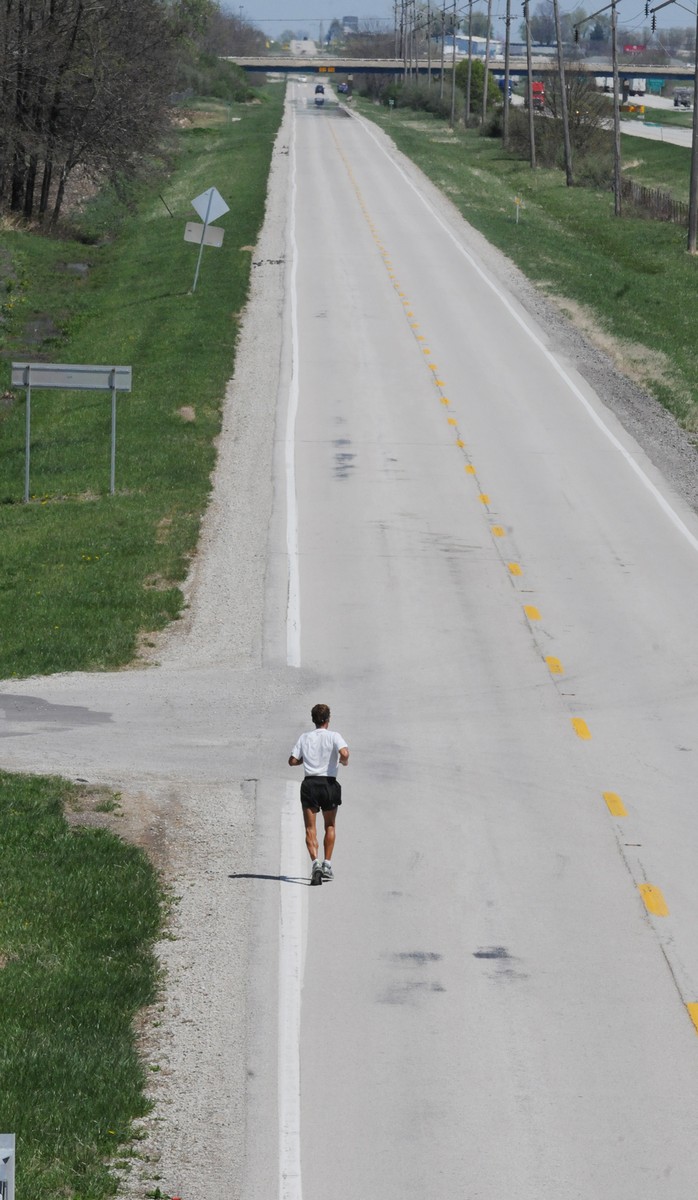