It could be argued that the catcher is the most important player on a baseball diamond.

Catchers call the pitches; have to catch those same pitches no matter if they are high, low or several feet to the left or right of the target; stick close pitches on the corners of the plate; monitor base runners; and calm a pitcher down if he’s in a jam.

Finding the right fit could drive a coach mad, especially if a team’s pitchers are young and inexperienced.

But in Patoka, where that pitching situation is a reality, everything is calm on the catching front.

“It’s big to have your catcher be a senior,” said coach Joe Eddy. “When you have a senior behind the plate who knows how to win, you can’t say enough about it.”

His guy is senior Zach Wadkins, a tough-as-nails player who has the most big-game catching experience in the area.

Wadkins, who did not start catching full time until last season, realizes the importance of his position after having caught for several seniors last season, as Patoka made it to a super-sectional game in the playoffs.

“It’s pretty important because I have to help them out and help them learn,” Wadkins said of now catching youngsters. “You have to control everyone on the field.”

In controlling the pitch selection of the young pitching staff, Wadkins finds that the pitchers respect his calls.

But they often hope he puts down more than one finger.

“The only hard part is getting them to lay off the curveball,” Wadkins said. “They like to throw that, so I just keep them fastballs.”

When any pitch is on the corner of the plate, Eddy said Wadkins will catch the ball on target without letting his glove stray from that position.

While the umpire isn’t going to award the corner every time, sticking the pitch on the corner could prevent one or two walks per game, and Eddy said that is invaluable to any team.

“A catcher that catches the ball and receives the ball is so important,” Eddy said. “He doesn’t let the ball play him.

“If he can get two or three calls a game because he is sticking it on the outside corner, that really helps a pitcher if he struggling in the late innings.”

Though he calls himself average, Wadkins is arguably the team’s most important player, because when he isn’t catching, he becomes a dependable center fielder and is also a good hitter.

It is no longer permitted in high school games, but at higher levels, catchers have one additional duty: putting their bodies in the path of a sprinting base runner as he tries to score.

“He doesn’t to worry about it, but I think he would take it,” Eddy said.

So, would Wadkins be up for that challenge? 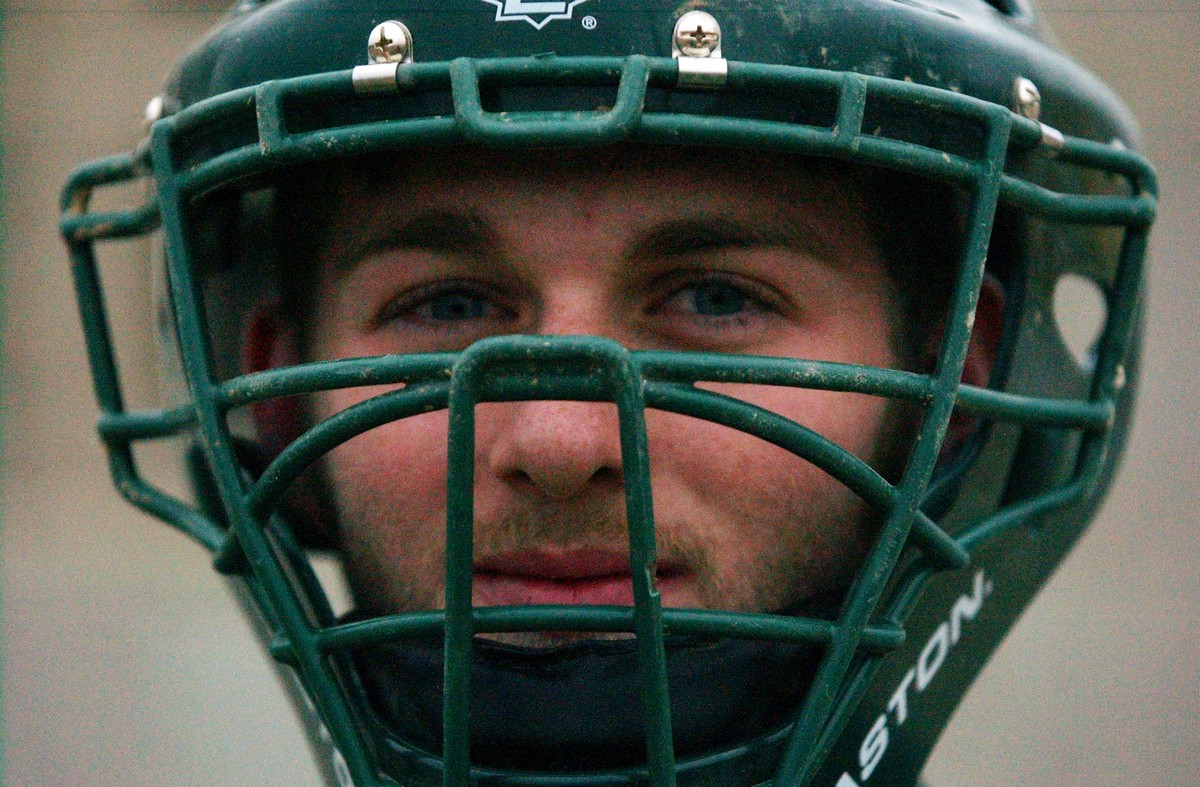 Patoka senior Zach Wadkins provides the team with a reliable catcher to help along a young pitching staff. 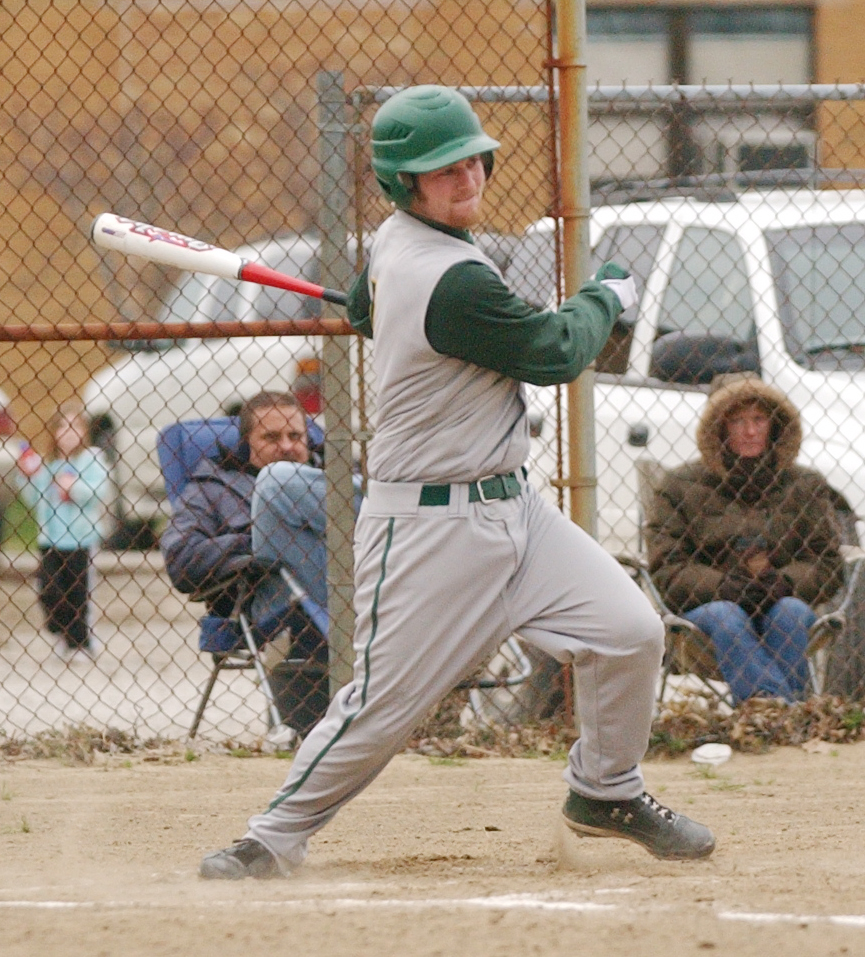 Senior Zach Wadkins slaps an infield single against Ramsey on Tuesday. He described himself as a singles hitter.