Effingham changed its pitcher in the top of the sixth inning twice against Vandalia on Tuesday.

The first time, at the start of the sixth inning, led to four straight Vandalia base runners and four runs.

The second time, when the Lady Hearts brought back starter Shelby Koenig seven batters later, led to two quick outs, which kept the Lady Vandals on the short side of a 5-4 loss.

“(The comeback) had a lot to do with the pitching change,” said coach Brian Buscher. “The starter was one of the best pitchers we’re going to face all year. Her ball really moves.”

And Koenig's movement  had done a good job of containing Vandalia’s bats, as she recorded eight strikeouts and scattered just three hits over the first five innings.

In the seventh inning, Koenig forced the Lady Vandals into three straight infield popouts to end the game.

“I thought we came out swinging and chasing,” Buscher said. “The girls that came up are great players, but they are still young.

“I do always say, if that was a pitch they thought they could drive, then take a cut at it.”

The loss moves Vandalia’s record to 3-2, a solid start for a team that was 6-23 last season.

Freshman Megan Godoyo has been a big part of that turnaround, pitching four of those five games. On the season, she has struck out 36 batters, while allowing just 12 runs.

She showed pin-point control against Effingham, throwing first-pitch strikes to all but one of the first 13 batters.

Several of those batters, however, were making good contact, so Buscher told Godoyo to begin throwing the first pitch out of the zone or on the corner of the plate.

“She had good control all day, so I wasn’t worried about doing that,” Buscher said. “We were trying to nibble (the corners) to see if we could get a bad swing out of them.”

The method did produce some bad swings and, at times, a lot of foul balls. In one at-bat in the fifth inning,

Earlier in the game, Koenig fouled off six pitches before drawing a walk.

“They had a couple good at-bats,” Buscher said. “We threw all our pitches, and they weren’t getting the bat on it solidly, but they were getting enough of it.”

Stice eventually scored after her walk to help Effingham build its 5-0 lead. But as the Lady Vandals have already done three times this season, they continued to battle and scored some runs after trailing early.

“The thing I thought was great is that we were down, and here we come back at it,” Buscher said. “We didn’t get over the hump today, but we came back and got four runs. I’m really proud of our girls for doing that.”

Notes
Godoyo was hit with her first career loss; she is now 3-1 on the season … Four different Lady Vandals had one hit; seniors Audra Donaldson and Amy Walton both had doubles … The JV team lost 8-3, but Kylie Sellers was 2-for-2 with a solo home run.

Monday, March 21
at Lincolnwood
It took nine innings, but the Lady Vandals defeated Lincolnwood, 5-4, on Monday.

Junior Molli Tedrick scored the winning run in the top of the ninth on a wild pitch.

Godoyo pitched all nine innings and struck out the final batter with two runners on base. She had a career-high 12 strikeouts in the game.

The Lady Vandals had 11 at-bats in the second inning, scoring six runs in the frame. Seven of those plate appearances resulted in singles.

In the game, Vandalia recorded 11 hits.

vs. Albion
Walton scored the winning run in a 5-4, extra-time defeat of Albion.

Sophomore Amber Bruno was 2-for-2 at the plate with an RBI and also had one sacrifice. Senior Whitney Newsom was 2-for-3.

On the mound, Godoyo tossed a complete game, striking out six.

vs. Hutsonville
The Lady Vandals’ lone loss of the round-robin came against Hutsonville, which beat them, 8-5.

Bruno scored two runs in the game, and junior Alex Henna had an RBI single. 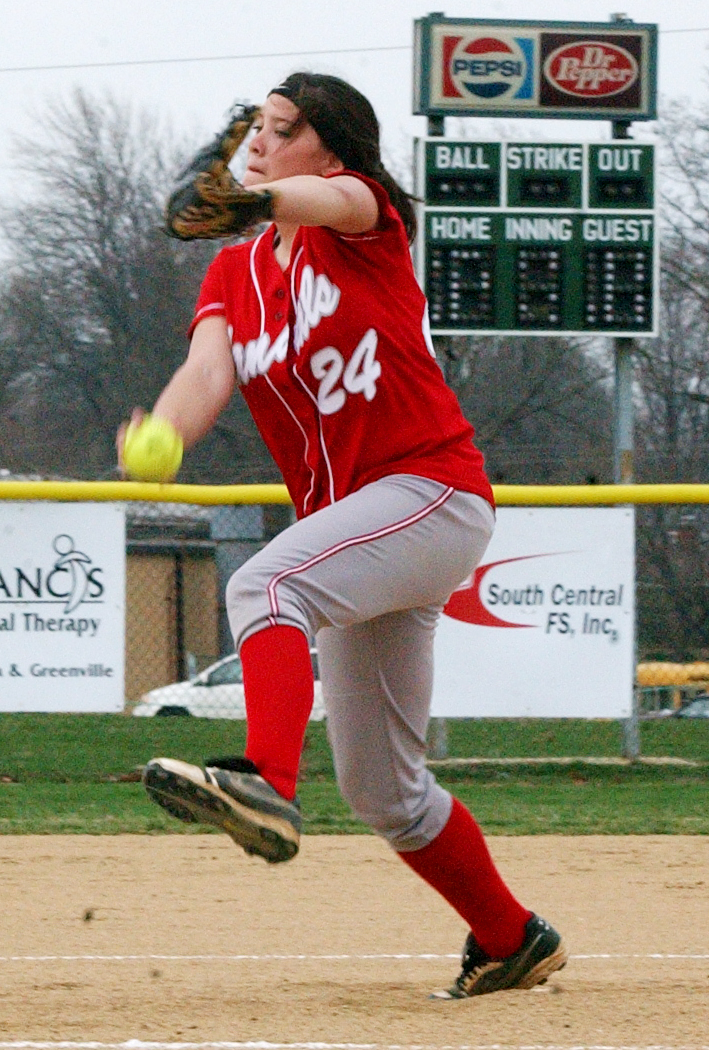 Freshman Megan Godoyo fires a pitch against Effingham on Monday. She took her first career loss, but struck out 10 batters during the game. 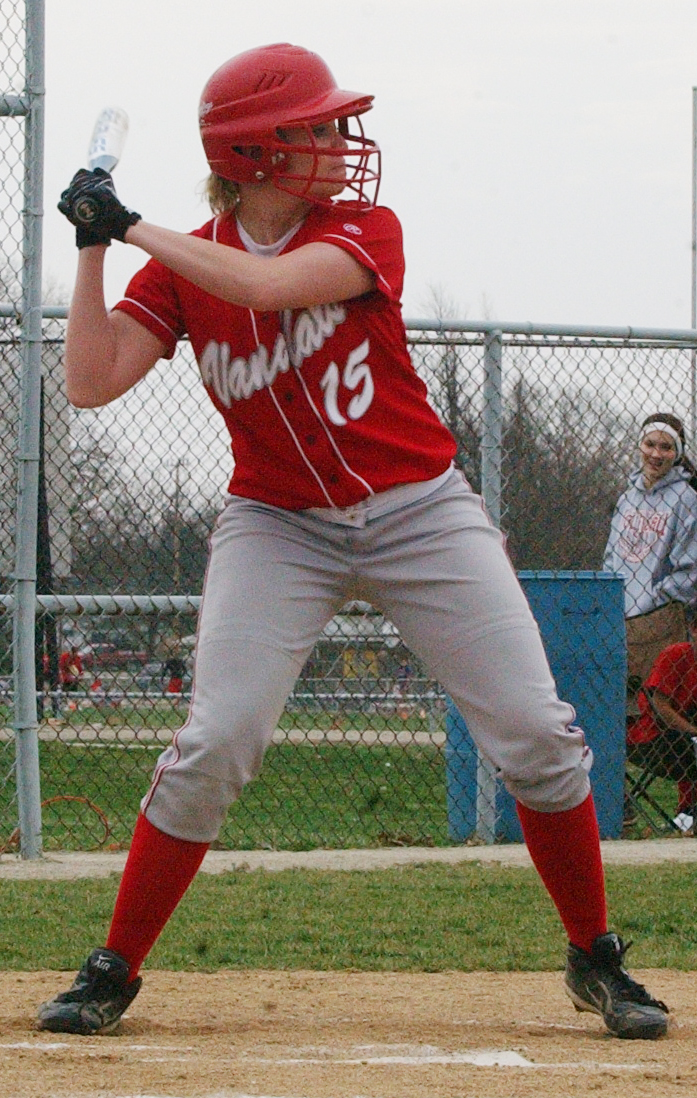 Senior Amy Walton awaits a pitch against Effingham on Monday. 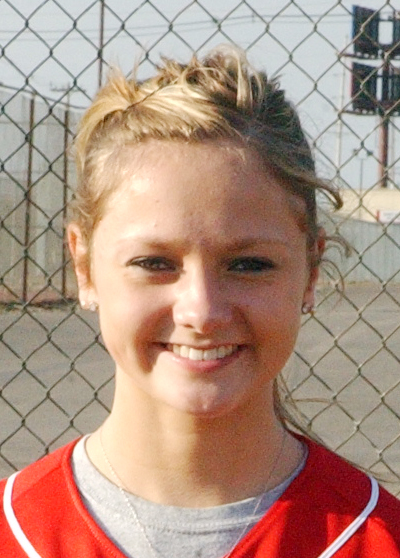 Kylie Sellers: The freshman hit a home run in the JV game, which saw the Lady Vandals lose