This honorary degree is the highest honor bestowed upon an individual by the board of trustees and was created to recognize individuals who have given so much of themselves to the growth, development and promotion of the college as to warrant an honor of such high prestige and esteem.
The honorary degree will be posthumously presented at the Kaskaskia College Commencement ceremony on Friday, May 14.
Whitten, who died on March 6 after a lengthy illness, served as a leader at Kaskaskia College for 21 for the associate degree nursing, licensed practical nursing and nurse assistant programs, which have graduated more than 2,000 students.
Her many accomplishments and contributions to Kaskaskia College include providing the leadership in doubling the ADN/RN campus enrollments, establishing the licensed practical nursing program at the East St. Louis Community College Center, establishing a licensed practical nursing program on the Vandalia campus and creating several sites offering the college’s CNA program.
Additionally, KC officials said, Whitten established an excellent relationship and rapport with students and her co-workers, and will be remembered at Kaskaskia College for her work ethic, professionalism and dedication to the nursing profession, nursing students, faculty and staff.
College officials said that Whitten put others first as a very caring person dedicated to students, and served many years as the Sponsor of BASIC (Brothers and Sisters In Christ) on campus in making a difference in the lives of many whom she touched, and she personally assisted a nursing school in Southern India to recover following a tsunami. 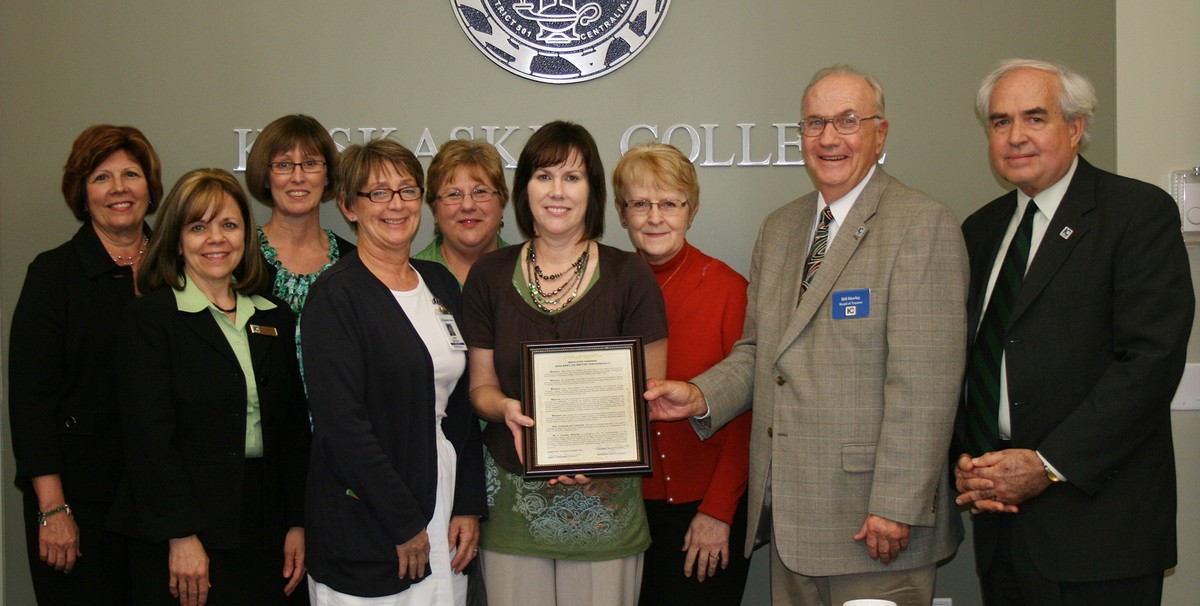