Vandalia Jr. club wrestler Anthony Enlow won the midget 130-pound division at the Illinois Kids Wrestling Foundation's Midget State Tournament this past weekend. Enlow (42-6) pinned his opponent in 44 seconds to win the state title. The 8-year-old also won a 9- and 10-year-old division at the Bantam State Tournament earlier this year. Because of his stellar performances, Enlow has been invited to join the King Select Wrestling Club from Belleville. That club is ranked No. 3 in the nation, and will be wrestling at nationals in Tennessee in April. 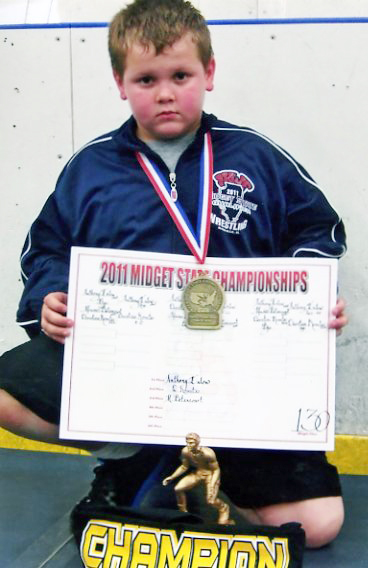