Many years ago, I was fortunate enough to obtain copies of several early photos of the village of Fillmore, just over the line in Montgomery County.
Recently, while showing these photographs to a friend, I stopped at the one of Dr. H.S. Short. Whoever took the pictures was kind enough to identify them as well.  Written on the reverse of Dr. Short’s photo is the phrase, "H.S. Short, 45 years in practice."
Looking a little deeper into the history of this man, I found that a biographical sketch had been published in the history book, "Past and Present of Montgomery County," by Jacob Traylor, published in 1904. I also learned that there was a Fayette County connection.
The son of Lemuel and Mary Hasket Short, Hiram S. Short was born on May 4, 1840, in Randolph County, N.C. His father was a native of Guilford County, N.C., and was born there on Feb. 24, 1814.
Lemuel Short was a teacher, and in 1853 he came to Illinois, settling east of Ramsey,  where he was a neighbor to Paul Beck Jr. and I.S. Dean, for whom the Dean Hills were named. He lived here with his family until late 1855, when they moved to Shelby County.
Two years later, they were living in Missouri, where Lemuel Short died on May 6, 1858. His widow, Mary, moved the family back to Fayette County, settling in Sharon Township, where she married John H. Buckmaster.
Lemuel and Mary were parents of 11 children, with one child dying in infancy.  In 1904, five of them were alive, including Ferdinand, a teacher, and Oliver S. They both married in Fayette County, along with the good doctor.
Hiram’s early education was in the schools of Fayette and Shelby counties, and he also attended a Quaker institute in Westfield, Ind. Returning to Ramsey in 1865, he began to teach school and also to study medicine under Dr. J.C. Jones.
Four years later, in July 1869, Hiram opened his first practice in Fillmore, although he did not yet have a diploma. This he obtained in 1873, after attending the Cincinnati Medical College and passing a rigid exam.
Dr. Short returned to Fayette County in 1875, and opened an office in Ramsey in September of that year. In 1878, he again moved to Fillmore, bought an 80-acre farm and set down his roots. He made house calls for miles around for some time before moving to town and establishing an office, pictured in our photo.
Before he began his studies, the rumbling in the South captured everyone’s attention,  and Hiram, like thousands of other Illinois men, enlisted in the Union Army. He was living in Shelby County at the time, and was assigned to Co. C, 35th Illinois Infantry.
Hiram was with Sherman in his campaign as far as Atlanta, and participated in battles at Stone River, Pea Ridge, Perryville, Chickamauga, Knoxville and the evacuation of Corinth, Miss. He was honorably discharged on Sept. 27, 1864.
His marriage to Sarah M. Stokes, daughter of Bird and Margaret Casey Stokes, is entered in the Fayette County records on Oct. 31, 1871. Sarah’s family is counted among the pioneer settlers of this county.
Hiram and Sarah were parents of six children, among them three who had medical training. Their children were: Dr. W.T. Short, whose practice was in Stonington; Mary L., wife of Dr. Hoyt, who had a medical practice in Fillmore for a time; Emma E., wife of Walter Toberman; Dr. Ulysses S.  Short, a graduate of Marion Sims Beaumont College; Walter C., a graduate of Illinois University,  and appointed by President Roosevelt as a 2nd Lt. in the U.S. Army; and Bird Short, born Nov. 22, 1883, who attended medical college for two years.
At the time the photo was taken, estimated at 1923, it appears as though Dr. Short was still in practice. His death is recorded as 1926 on his headstone in the Glendale Cemetery at Fillmore. 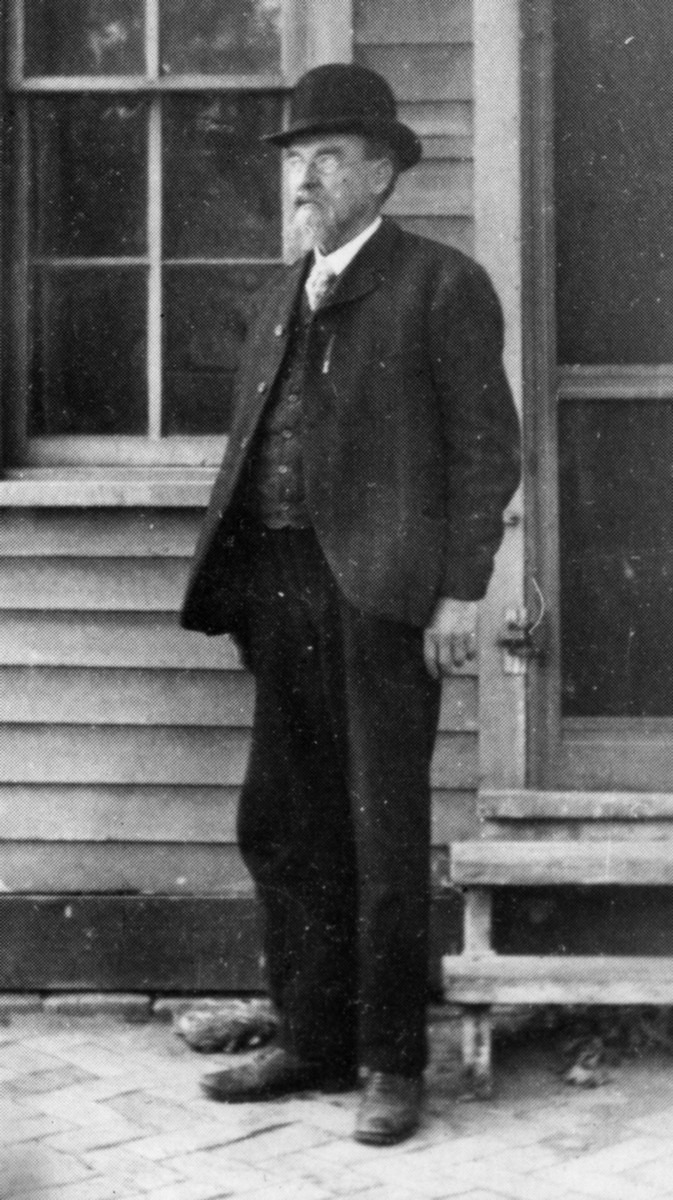 Dr. H.S. Short, pictured in 1923, practiced medicine in the Fillmore area for 45 years.