Nearly 20 years ago, I was in one of the local antique shops on Gallatin Street when two large portraits caught my eye. The portraits, created in charcoal and pencil, obviously by the same hand, were framed and in very good condition.

In talking with the proprietor, I found that the portraits, along with some tintypes, had been sold to the shop by a Vandalia woman by the name of Diveley.
With the strong probability that the portraits were of early Fayette County settlers,  and finding their cost within my budget, they followed me home that day.
This is where my research began. Starting with the assumption they were related in some way to the Diveley family, I took photos of the portraits and sent them to Camilla Diveley. As chance would have it, a family reunion was scheduled for the following weekend, and Camilla volunteered to take the photographs with her to see if anyone could identify the pair.
Present at the reunion was a woman related to both the Diveley and Radliff families. She was able to positively identify the couple as her great-great-grandparents, Adam and Martha Radliff.
It was exciting to have names attached to the portraits, but the question remained…just who were Adam and Martha Radliff?
Turning to the book "Fayette Facts," I found that Adam W. Radliff was born in Albany, N.Y., on Oct. 31, 1827, and came to Sefton Township in the late 1850s.
His wife, Martha E. Sefton, was born in Decatur County, Ind., in 1840, and was 12 years old when her family, along with the Crume, Lockhart, Buchanan and Sidwell families, migrated to this area.
Sefton Township was named for Martha’s father, Hugh Sefton, and his brothers. The fact that Martha was a good horsewoman has been passed down through the generations.
Adam and Martha were married on Sept. 14, 1859, in Sefton Township.
In Adam and Martha’s day, people met in homes or local school houses for church services. Their congregation, called Bethany, met in the Brush School House.
An entry in the Bethany Church records tells us that it was Adam who made the proposal to build a church.
A series of meetings was held, and plans for the building were drawn up. Land was deeded to the trustees by J.H. Sidwell and his wife, Margaret, on Aug. 3, 1892. George Diveley donated the logs for the building,  which was made into lumber at the Rev. Sidney Bagley’s sawmill.
Church members built the building, with Adam, a master carpenter, and his brother-in-law, Elijah VanSant, supervising the work.
Adam and Martha were the parents of 10 children: Hugh, John, Jennie May, Charlotte, Mary Etta, Peter Calvin, Katherine Ann, William Oliver, Evaline and Edna Artemicy.
Both Adam and Martha lived long lives. Martha’s obituary appeared in The  Vandalia Union on June 16, 1927, and told that she had a cheerful nature and had lived nearly a century. With her husband, she had shouldered the burdens and carved their farm out of a forest. Martha lived there for 67 years.
Both Adam and Martha are buried with their family in Forbis Cemetery, across the road from Bethany Church – the church they helped to build.
In February 2002, I made a gift of the portraits of Adam and Martha to the Fayette County Museum. In this way, the likenesses of these important Fayette County pioneers can be shared with others, including their numerous descendents. 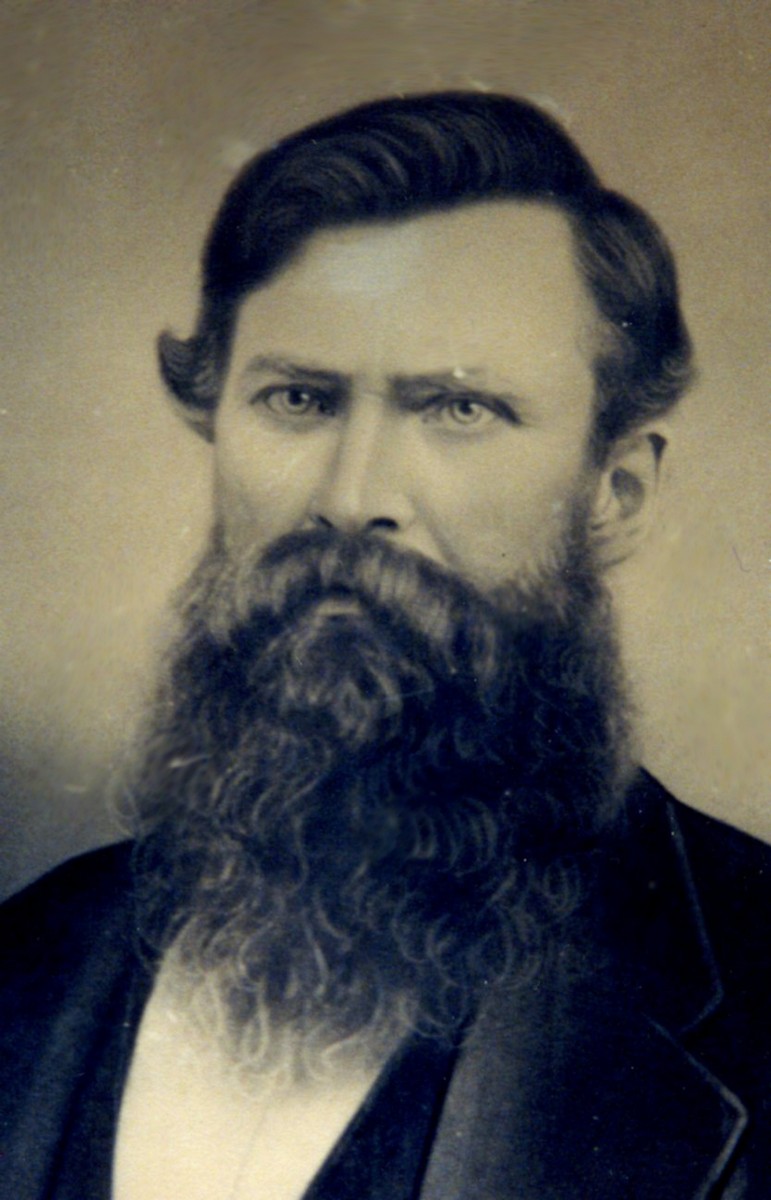 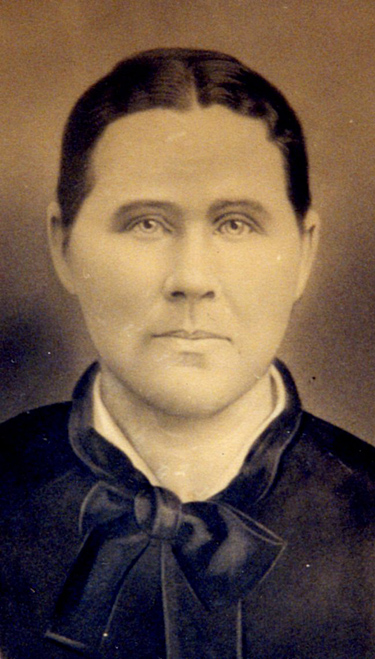