Improvements to the high school baseball field that the Field of Dreams committee hoped to have completed by the start of baseball season have been finished on schedule.

“We’re definitely going to be top-notch,” Hohlt said. “As far as playing surface, I think we have the best field in the conference.”

The Vandals will showcase their new field for the first time next Wednesday against Effingham. Their first conference home game is on April 1 against Carlinville.

More importantly than the pleasing aesthetics, however, are the improvements that have been done to the actual playing surface through donations given to the committee.

The infield and outfield on the varsity diamond have both been resodded, and a warning track has been installed since the Field of Dreams committee first met in August 2009.

Those features allow for better drainage, meaning the Vandals will have fewer postponements and more opportunities to practice outside after a significant rainfall.

“We’re going to be able to play games and practice (when it rains),” Hohlt said. “Almost every other team is going to be practicing inside, where we are outside getting used to the weather and surface.”

How much of an advantage that gives the Vandals may not be clear until after the season, but it’s hard to believe any coach would choose to practice in a gym instead of outside.

The new dugouts will help keep players warmer during games, because instead of a metal bench fenced in by chain-links, the players now will sit on a wooden bench inside a brick structure that will block the wind.

Inside each dugout is also a new equipment rack and a storage area, which allows for better use of the practice shed – which had doubled as a storage shed.

A new brick backstop and black safety net were installed behind home plate.

“I’m very thankful for the community supporting us,” Hohlt said. “We live and die by the blessings of other people.”

The work, however, is far from over.

The committee plans to raise funds for similar dugouts and a backstop for the high school softball field, permanent stands, a press box, better lighting, a picnic area near the high school fields and other improvements to community fields.

Donations are always accepted by the committee, and those interested should call Kenny Montgomery at 780-0140. 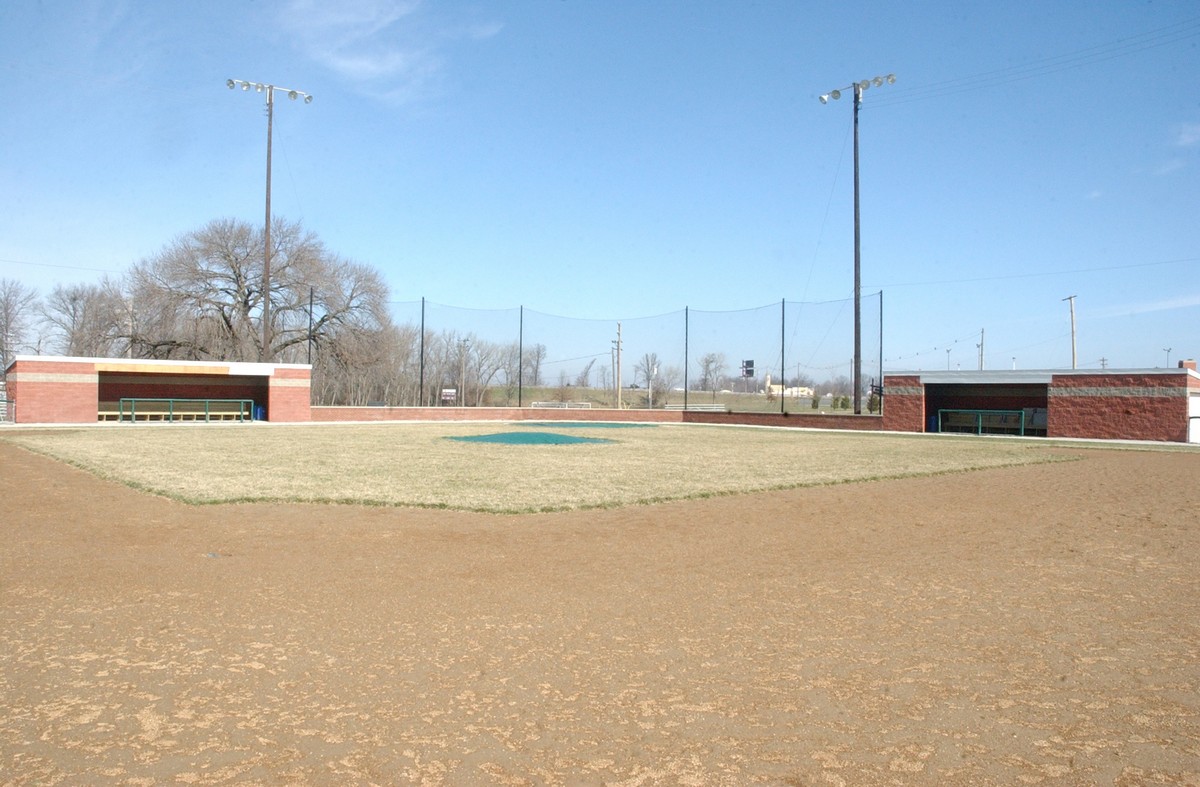 Recent improvements to the Vandalia High School baseball diamond included two new dugouts and a new backstop. The renovations were exclusively funded by donations to the Field of Dreams committee.