Adrienne Smith of Brownstown and Walter Kinney of Vandalia were united in marriage on Nov. 20, 2010, at 2 p.m., at First United Methodist Church in Vandalia with the Revs. Roger Grimmett of Vandalia and John Robinson of Brownstown officiating the double-ring ceremony.

The bride is the daughter of Billy and Cathy Smith of Brownstown. Grandparents are Lenore Parkinson and Joann Strobel, both of Brownstown.
The groom is the son of Brian and Jane Kinney of Vandalia. Grandparents are James and Lou Kinney of Johns Island, S.C., and Betty O’Brien of Pana.
Church decorations were of black and white damask print.
The bride was given away by her father.
The bride wore an Alfred Angelo strapless diamond white taffeta gown with pic-ups, embroidered with metallic accents, crystal beading and sequins with a semi-cathedral train.
Her bouquet was of white roses, deep pink long stem gerbera daisies and stephanotis blossoms.
The bride chose Mallory Wise of Auburn, her sister, as her matron of honor. Bridesmaids were Ashton Smith of Brownstown, sister of the bride, and Katie and Meg Kinney, both of Vandalia and both sisters of the groom.
Their dresses were Bari Jay black empire waist Vienna satin V-neck with V back and white sash with back streamers and pin detail with floor-length trumpet skirt.
They carried deep pink long-stemmed gerbera daisies.
Emalee Smith, daughter of Matthew and Jamie Smith of Brownstown, was the flower girl.
Zander Lewis, son of Tom and Danielle Lewis of Lowell, Ind., was the ring bearer.
The groom chose Will Kinney of Vandalia, his brother, as his best man. Groomsmen were Jon Smith of Omaha, Neb., Bryan Cummiskey of Edwardsville and Nathan Mackiewicz of Vandalia, all friends of the groom.
They chose Chelsea Smith of Brownstown, cousin of the bride, and Keisha Johnson of Centralia, friend of the bride, as the usherettes. They wore Alexia Designs black and white floral print satin strapless, A-line, floor-length gowns with sweetheart necklines and natural waistlines with a diamante buckle.
Ushers were Sean Walker of Charleston and Gabe Emerick of Vandalia, both friends of the groom.
They chose Davis Redman, cousin of bride, as pianist; Tresnee Willms, friend of bride, as soloist, and “The Luckiest” as their song.
Tabitha Barker and Jacy Robbins, friends of bride, were the guest book attendants.
A reception was held at the Vandalia American Legion Home.
The photographer was TNT Photography, Toby and Barb Tackett of Brownstown.
The DJ was Nick Eng.
The bride is a 2006 graduate of Brownstown High School and a 2010 graduate of Kaskaskia College with an associate's degree in nursing. She is currently employed at St. Joseph’s Hospital, Highland as a registered nurse.
The groom is a 2005 graduate of Vandalia High School and a 2009 graduate of Southern Illinois University at Edwardsville with a bachelor’s degree in mathematics. He is currently employed at Vandalia High School as a math teacher.
The couple enjoyed a honeymoon trip to Playa del Carmen, Mexico. They currently reside in Vandalia. 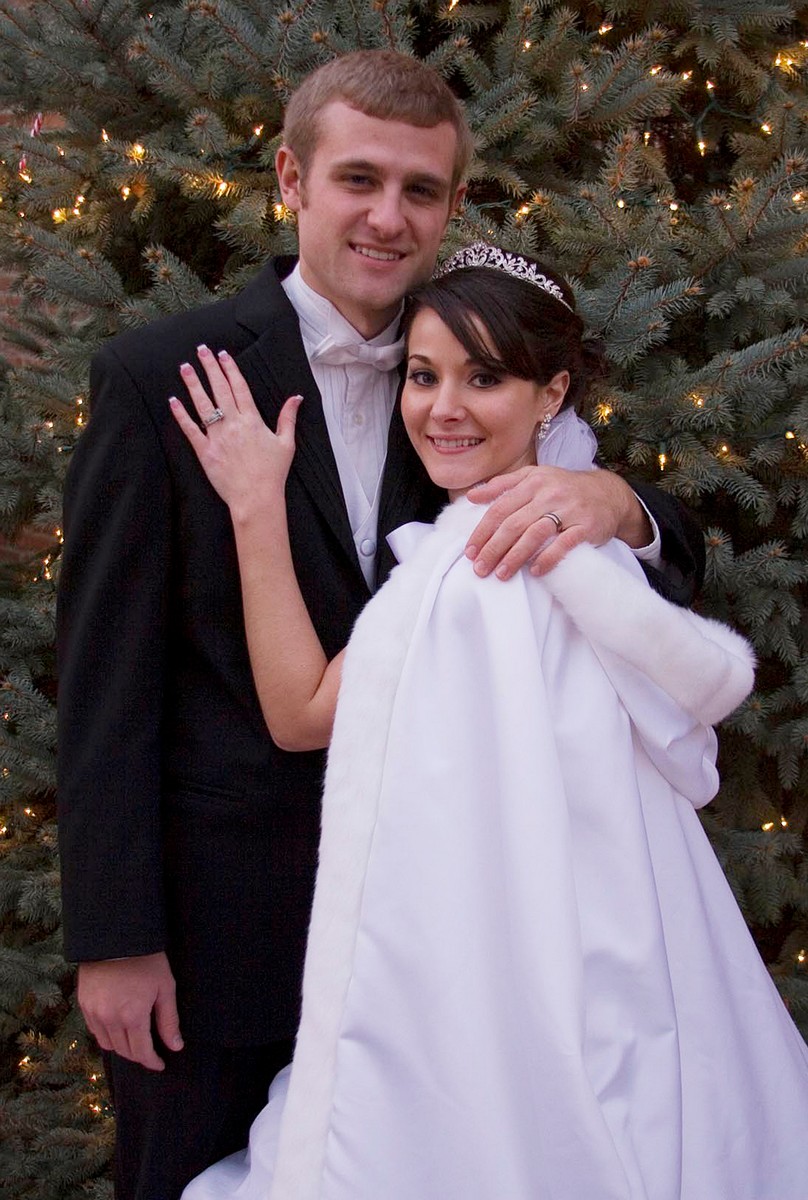