Brownstown and South Central were tied at five at the end of the first quarter, but the Cougars, in typical fashion, got things going after that during a 57-30 win on Tuesday.

With the win, No. 3 South Central advanced to face second-seeded North Clay in the regional quarterfinals in St. Elmo at 8:10 p.m. on Wednesday.

Sophomore Fischer Tharp and junior Colby Bushue scored six points each in the second period, which saw the Cougars (13-16)  outscore the Bombers 16-6 and created a halftime score of 21-11.

Bushue added six more points in the third quarter, and four other Cougars scored, as South Central extended its lead to 38-24.

Five different Bombers (5-21)  also scored that quarter, which was Brownstown's best of the game.

Tharp scored eight of his game-high 17 points in the final period, and senior Taylor Cain and junior Colton Wilkins both added four to help South Central close the game on a 19-6 run to secure the win and momentum.

In the 3-point shootout, seniors Andrew Snow and Derek Harmeier, and Tharp advanced for South Central, and sophomore Matt Sefton advanced for Brownstown.

Three Mulberry Grove players finished in double figures, but that was not enough to power past North Clay in the first round of the Class 1A Regional Tournament in St. Elmo on Tuesday.

The Cardinals won, 64-46, getting 20 points from both Andrew Grahn and Dalton Zimmerman.

The Aces kept pace with North Clay through the first half, leading 15-13 after the first period  and holding a tie at 21 by halftime.

Freshman Devonta Williamson, who finished the game with 12 points, scored seven points in the first half, and senior Allen Tompkins added six.

In the third quarter, however, North Clay (14-9) outscored Mulberry Grove, 18-8, to take a 10-point lead. Grahn scored nine of his points in that period.

North Clay continued the barrage in the final quarter, getting 10 of its 25 points from Zimmerman, who made three of his five 3-pointers in that period.

The Aces (8-18) finished strong as well, scoring 17 points, with five points from Tompkins, who finished the game with a team-high 15 points, and four from senior Zach Heilig, who finished with 13.

Advancing in the 3-point shootout for Mulberry Grove were Harley Steed and John Rickman.

The St. Elmo High School boys basketball team finished the Egyptian-Illini Conference portion of its schedule on Friday by defeating Beecher City, 53-49, to claim the conference crown with an 8-0 mark.

Both teams scored furiously in the final period, combining for 37 points, but St. Elmo had built enough of a lead through the first three periods to earn the win.

Junior Jake Mansker scored 11 of his team-high 15 points in the fourth quarter, including a 5-of-7 mark on free throws,

Beecher City's Luke Levitt matched Mansker with 11 of his game-high 19 points in the fourth, and he was the only BCHS player to finish in double figures.

Beecher City lagged behind slightly again in the second period, as St. Elmo outscored BCHS 13-12 to take a 24-20 lead to the locker room.

Beecher City got one point back in the third period, but that was negated in the fourth.

St. Elmo made 16-of-21 free throws on Friday, which helped the team close out the regular season on a three-game winning streak.

South Central honored a large senior class before Friday's game against North Clay and ended the night with an upset victory, 42-38.

The Cougars have six seniors, and Andrew Snow and Taylor Cain led the elder statesmen with eight points each.

Sophomore Fischer Tharp, with 18 points, led the Cougars past a shorthanded Cardinals team that was playing without its top scorer, Andrew Grahn.

The Cougar win moved both teams into a tie for fourth place in the final Midland Trail Conference standings, and both teams had 12 wins overall.

As has been the case for many games this season, South Central got off to a slow start, but its defense only allowed North Clay to take an 8-7 lead after the first period.

Tharp then scored six of his points in the second quarter, as he helped the Cougars take a 17-15 lead to halftime.

North Clay gained back one of those points in the third period, but Tharp and Snow combined for 12 points in the fourth quarter to help South Central secure a victory.

Senior Dalton Zimmerman scored in every quarter to lead North Clay with 14 points.

Ramsey and Mulberry Grove High School boys basketball players ought to know plenty about each other by now.

The Rams and Aces met for the fourth time this season on Friday, with the Aces prevailing, 76-59, to sweep the season series.

Senior center Allen Tompkins, who Ramsey coach Bill Eddy once compared to an oak tree, scored a game-high 21, and Devonta Williamson, the area's top freshman, added 19 points for Mulberry Grove, as the Aces established and maintained a lead throughout the game.

Williamson made at least one 3-pointer in each quarter. He secured a career-high six in the game. Tompkins scored at least four points in each period.

Not to be ignored, senior Harley Steed added 15 more.

Six different Aces scored in the third period, during which Mulberry Grove scored 25 points. Ramsey got contributions from five different players, but it still trailed, 57-39, entering the final period.

Jordan Johnson made at least one shot in every quarter, leading Ramsey in scoring with 13 points.

Patoka's seniors were honored before last Thursday's game, and those seniors then produced strong contributions during a 51-37 win against Brownstown.

Blake Budds and Cody Allen both scored a game-high 10 points, with Allen scoring six of his in the first half and Budds adding seven of his in the second half.

Zach Thompson was right behind with eight points.

The game got off to a slow start, with Brownstown leading 8-6 after the first period, but Patoka got 12 points in the second period and led 18-13 at halftime.

Brownstown senior Zach Rigdon – who scored 10 points in the game – and junior Coleman Scott combined to score all 12 of the Bombers' third quarter points, but five different Warriors combined for 13 to push their lead to 31-25.

Six Warriors scored in the final period – led by Budds with five – giving the team a 20-point surge that secured the win.

St. Elmo got a balanced effort from its players in a 55-38 defeat of Mulberry Grove last Thursday.
The game was a makeup that was originally scheduled for Jan. 21 and then canceled again on Feb. 3.

Senior Kase Stolte and junior Blake Pruett each scored four points in the first period, but Mulberry Grove got nine points from senior center Allen Tompkins, which propelled the Aces to an early 11-9 lead.

St. Elmo, however, would get points from five different players in the second period, allowing it to take a 22-18 lead into halftime.

The Eagles' offensive output then improved in both the third and fourth quarters.

Sophomore Connor Beasley made two 3-pointers, and junior Ben Sperry added five points in the third period, during which St. Elmo scored 16 points. The Aces struggled from the field, getting only nine points in the quarter, helping St. Elmo take a 38-27 lead.

Beasley added six more in the fourth quarter, and the Eagles scored 17 points in the frame to secure the win.
He finished with a game-high 15.

Tompkins nearly had a double-double for the Aces, with 11 points and nine rebounds.

The game was the fourth in a row during which Bushue led South Central in scoring.

Bushue scored 13 of his points in the second half, which also saw the Cougars hold the Silver Stallions to just 15 total points.

At halftime, South Central held a three-point lead, but after scoring 13 points in the third quarter, the Cougars led, 36-27.

Sophomore Fischer Tharp scored 15 points in the game, and nine of came those in the first half before he ceded the offensive firepower to Bushue.

Four Cougars scored in the first period, as South Central built a 10-8 lead.

St. Elmo defeated Odin, 64-60, last Tuesday, but what mattered more is that the Eagles took the driver's seat in the Egpytian-Illini Conference standings.

Odin had previously been undefeated in conference play, and a win against St. Elmo would have given Odin the best shot to win the conference.

The win, however, moved St. Elmo to 6-0 in the conference, and if SEHS won its next two games, it would be crowned champion.

St. Elmo did just that (see above).

Junior Ben Sperry propelled St. Elmo to a 16-9 lead after the first period by scoring six of his nine points.

Odin, however, regained most of what it lost in the second quarter, scoring 18 points to cut St. Elmo's lead to 28-27 at halftime.

The Eagles then turned the tables, scoring 18 points in the third period to take an eight-point lead to the final frame.

Buzzard made nine of his team-high 16 points in that same stretch to help St. Elmo secure the win.

Ramsey coach Bill Eddy has consistently said that his team has shown improvement throughout the season, but one thing that it hadn't done was defeat a varsity team.

The Rams won their season opener, but that came against the Beecher City JV team during the Ramsey Thanksgiving Tournament. Ramsey lost all but two of its next 20 games by at least 10 points.

While the struggles are unfortunate for a talented senior class, which includes Blake Hadley and Jordan Johnson, among others, the Rams finally got to celebrate after beating Mt. Olive, 71-69, in overtime last Tuesday.

Ramsey outscored Mt. Olive 9-7 in overtime to earn the win.

Sophomore Tyler Pryor made a 3-pointer with less than 20 seconds left in the game to give the Rams a 70-69 lead. Senior Asa Thomas added a free throw on the next possession.

Hadley paced the game with 25 points, which is his season-high. Seventeen of those points came in the second half and overtime.

Freshman Tyler Knisley scored six points in the first quarter, helping the Rams to a 16-13 lead, but the Wildcats rebounded for 21 points in the second period to take a 34-26 halftime lead.

Hadley and Johnson then combined to score 18 of Ramsey's 23 third-quarter points, which gave the Rams a 49-44 lead.

Mt. Olive's Matt Mueller scored 11 of his 25 points in the fourth quarter, however, helping the Wildcats erase their deficit to tie the game at 62.

Senior Bryce Mason scored 21 points in the win, adding 11 of those in a 25-point fourth quarter that sealed the comeback win.

Nine of Mason's points came from the free-throw line.

The game had been tight before then, with neither team holding a lead of more than two points at the end of any of the first three quarters.

The Aces led 43-42 after the third period, after scoring 19 points, including nine by freshman Devonta Williamson and six by senior Allen Tompkins.

Brownstown, however, would convert 12-of-26 free throws and make five field goals in the final period, while holding the Aces to just nine points 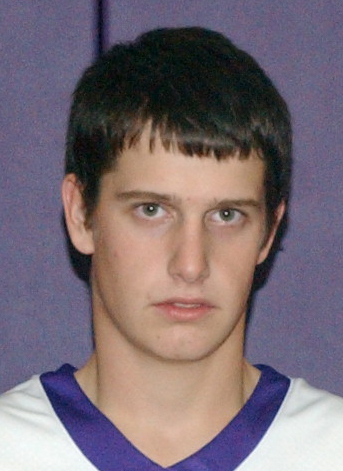 Coleman Scott: The junior scored a team- high eight points for the Bombers on Tuesday 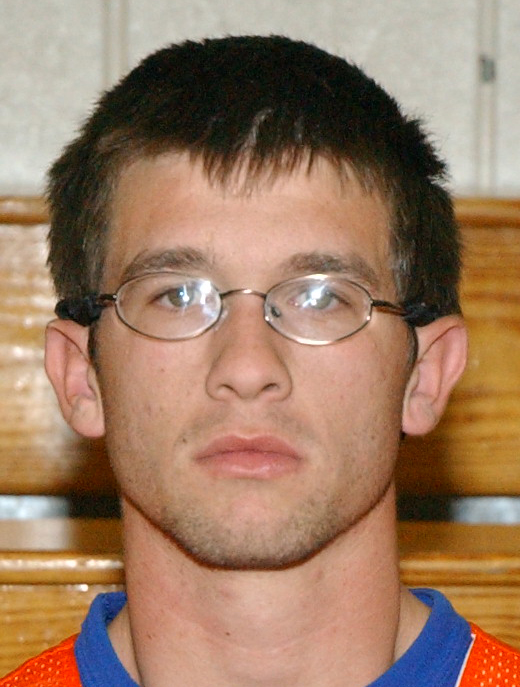 Zach Heilig: The senior ended his career with a 13-point performance at regionals

Derek Harmeier: The senior has been a regular contributor for the Cougars all season long

Devonta Williamson: The freshman made a career-high six 3-pointers during a win against Ramsey 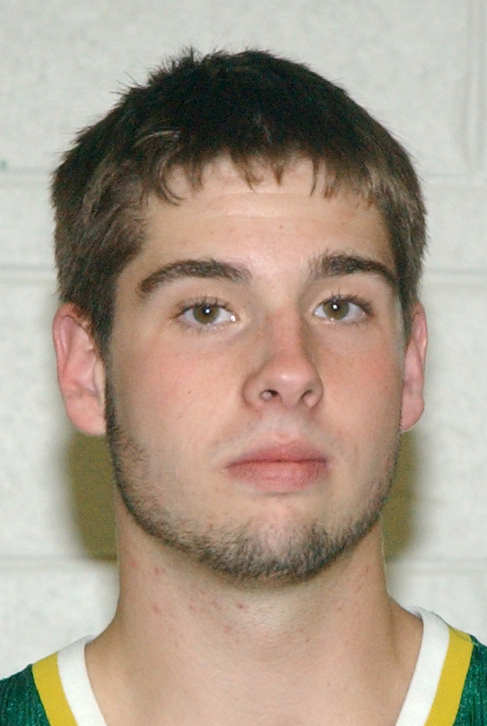 Cody Allen: The senior scored 10 points on senior night during a win against Brownstown 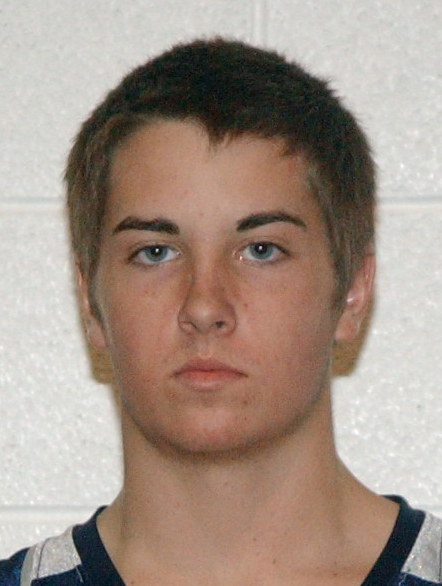 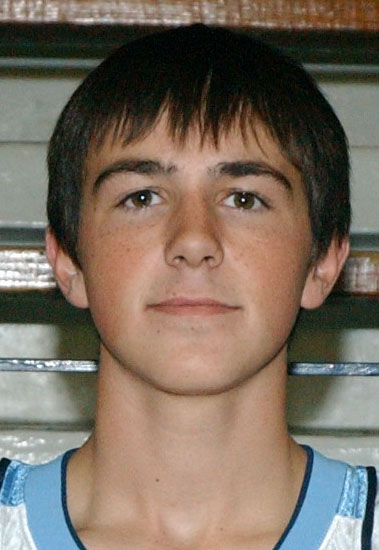 Garrett Buzzard: Led the Eagles with 16 points in their win against Odin 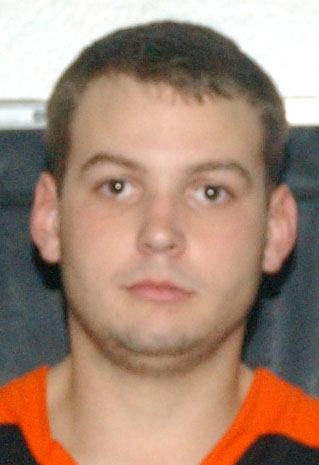 Blake Hadley: The senior scored a season-high 25 points during a win at Mt. Olive last Wednesday