Of course, it’s not every game that Vandalia’s high school boys basketball team posts 30 points in one quarter.

But it did just that against the Indians, propelling the Vandals to a 72-54 win.

“This is the direction we want to and need to be heading,” Jackson said. “You want to be playing your best basketball at the end of the season, and hopefully, that’s what occurring.”

After senior Daniel Bell made a layup with 3:21 left in the first quarter to give the home team a 14-11 lead, the Vandals then averaged a bucket every 28.7 seconds until they led 30-18 at the end of the first.

“We haven’t done that for a long time,” Jackson said.

Jackson said the Vandals were able to build up that lead because they were playing more freely and at a faster pace, which he said is “what we need to be doing.”

Bell led the Vandals with 19 points in the game, nine of which came in the first quarter. Fellow senior Marty Johnson added seven of his 13 in the first period.

Altamont made the first basket of the second quarter, but sophomore Leyton Godoyo scored 12 seconds later, and the Indians would trail by at least 10 for the remainder of the game.

“I’m pleased with our effort, and I want to keep going that way,” Jackson said.

By the end of the third period, the Vandals led, 60-43, but the Indians got back-to-back 3-pointers from Ryan Heiden, which cut the lead to 13 as the Vandals entered a scoring drought.

“That’s a time when we need to make a few extra passes and get some post touches,” Jackson said.

Altamont would get no closer, however, as the Vandals closed the game on 10-6 run, which included 3-pointers by Johnson and reserve sophomore Aaron Harter.

The lopsided victory was a far different result than when the teams met during the Vandalia Holiday Tournament, which ended in a 48-38 Vandals win.

Bell also led the Vandals in that game and scored a combined 35 points in the two contests. 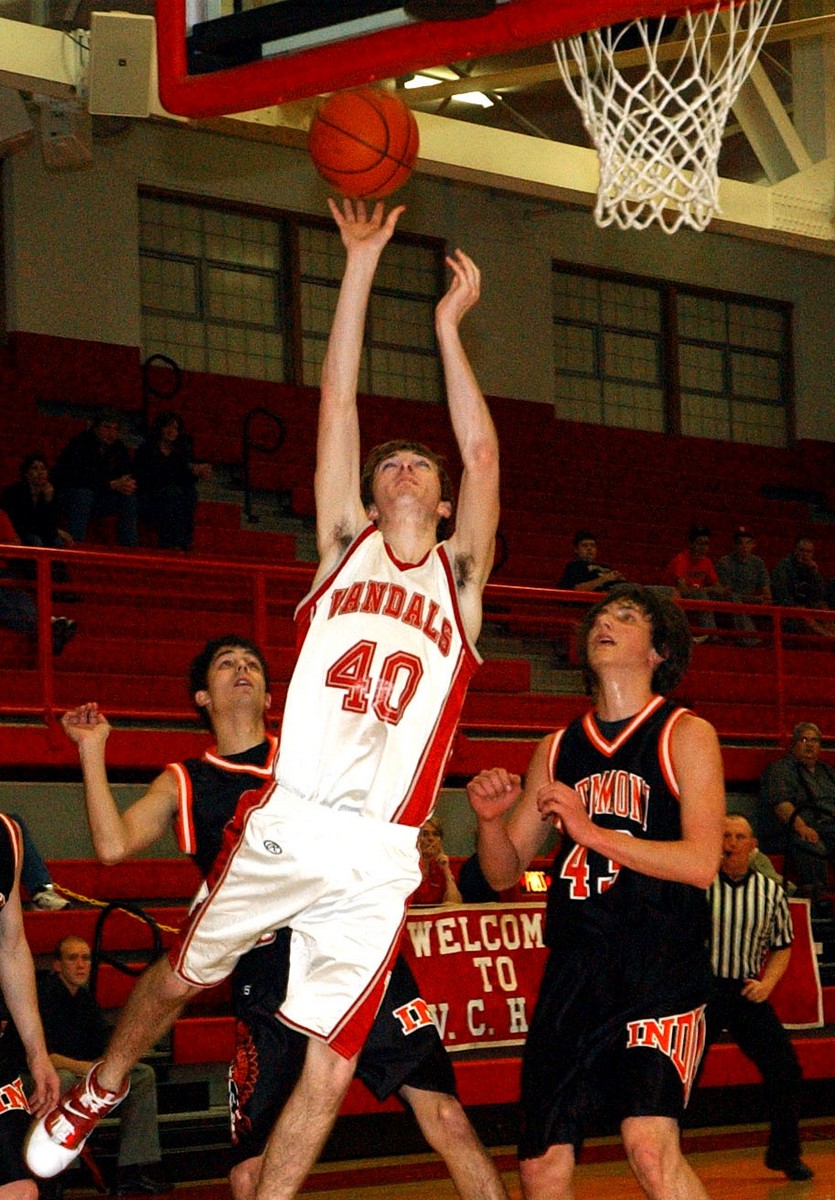 Junior Nate Henna scores on a layup against Altamont during a 72-54 win on Thursday.

Junior Bryan Hosick scores two of his eight points on a floater in the second half of Vandalia’s 72-54 win against Altamont last Thursday.