ST. ELMO – Under the direction of first-year coach Matt Belusko, the Ramsey Junior High eighth-grade boys basketball team advanced to the Class 2A State Tournament by defeating Okaw Valley, 39-35, in overtime Thursday night. “Ramsey doesn’t necessarily have the rich tradition in winning,” Belusko said. “I told them, ‘Just because we have a certain name on the front of our uniform doesn’t mean anything. There’s nothing that says we can’t come out and do great things.’” The Rams (15-8) met Normal Metcalf Junior High (18-9) on Saturday at Mt. Pulaski Grade School in the state tournament, but a slow start doomed Ramsey in a 47-31 loss. The Wildcats used a press defense to shut down the Rams in the first quarter, outscoring them 19-4. Both teams traded baskets the rest of the game, each scoring 12 points in the second quarter and seven in the fourth quarter, and Normal Metcalf outscored Ramsey nine to eight in the third period. Isac Gann (12 points) and Kyle Adermann (11) paced the Ramsey offense. Kyler Ummel had a game-high 16 points for the Wildcats. “I want to thank the Ramsey school for giving me the opportunity to do this,” Belusko said. “There’s 1,000 coaches who would like to work with these guys, and I was the one fortunate enough to get to do it.” Gann opened the scoring by breaking away for a layup after a steal with 4:56 left in the first quarter of Thursday’s sectional game, and Ramsey would not trail until there was 1:27 left in overtime, when Okaw Valley (14-7) made a layup to take a 35-34 advantage. Just 11 seconds later, however, Carter Hunt lifted a 3-pointer to give the Rams a two-point lead. With 38 seconds left in the game, Waylon Davis grabbed a defensive rebound and was quickly fouled. He made both free throws to secure the 39-35 lead. Okaw Valley had several shot attempts after that, but none of them fell, allowing the Rams to advance. ‘Coming into the season, we knew we had a group of kids with great talent,’ Belusko said. ‘I told them today, ‘All you have to do is come out and play your game … if you do that, things are going to take care of themselves.” The Rams led by as many as 12 during the fourth quarter, but nerves and some strong Okaw Valley shooting eliminated that lead when a bank shot by the Timberwolves tied the game at 33 with 30 seconds left in regulation. “I was less nervous when they tied it up than a minute and a half before that,” Belusko said. “When you’re up a bucket, the team that’s leading is under more pressure, because the other team has nothing to lose. “You have to take care of the game, so the pressure was on us.” Ramsey was unable to attempt another shot in regulation. In one 19-second span, Okaw Valley trimmed a 10-point advantage down to four by making back-to-back 3-pointers. A free throw by Hunt gave Ramsey a two-point lead with 40 seconds left in the game, and without that free throw, the Rams may not have gotten their chance in overtime. Hunt and Adermann led the Rams with 10 points apiece, and Joe Jeffers had a game-high 14 for Okaw Valley. Its players never showed any indication of being discouraged while they trailed. ‘You feel terrible for any team that gets this far and loses,’ Belusko said. ‘I feel bad that somebody had to lose, but fortunately, for whatever reason, we get to move on.’ 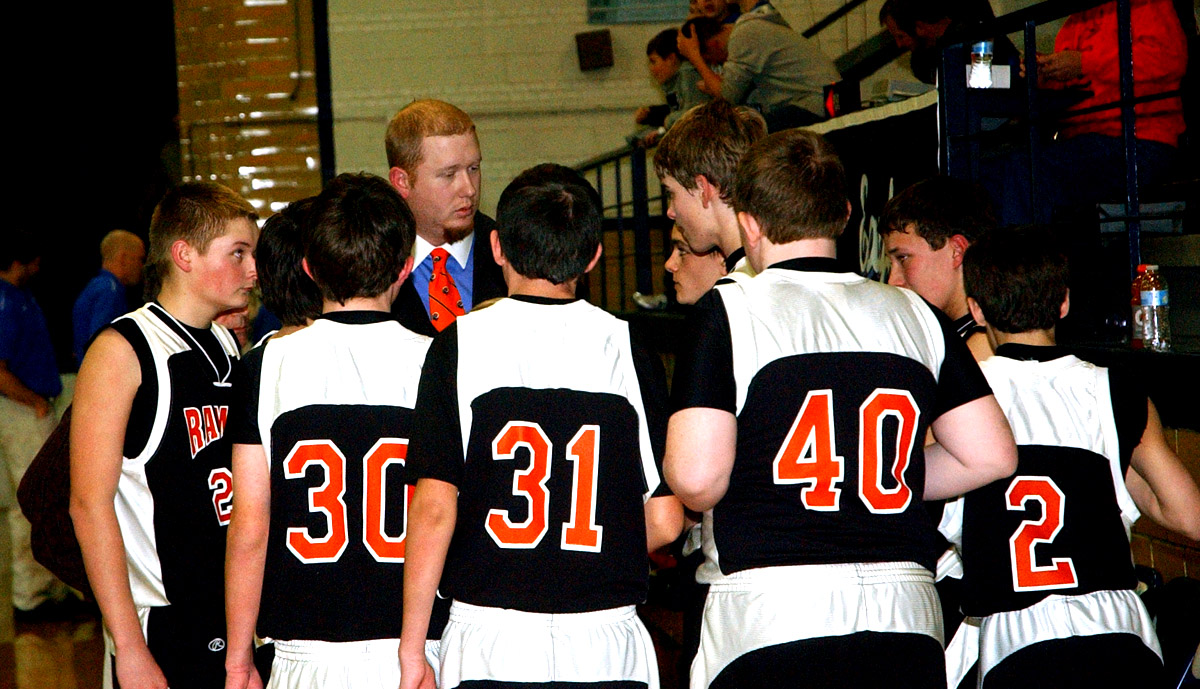 The Rams huddle during a timeout. 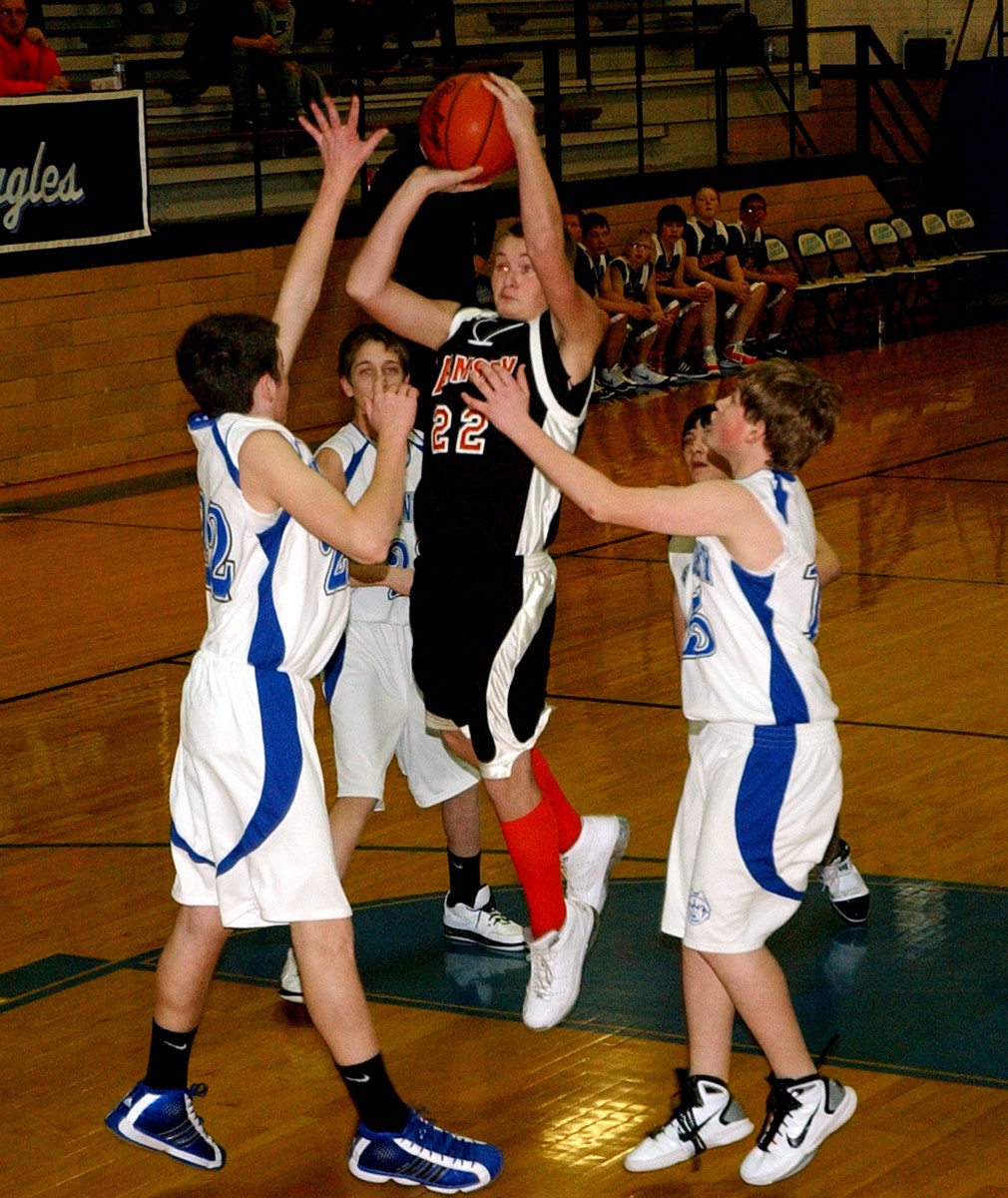 Ramsey’s Carson Thomas takes a shot at the sectional game.