With 4:15 left in Saturday’s game against Marquette Catholic, the Vandalia High School boys basketball team trailed by 12 points.
Just 2:10 later, that deficit was cut to five by a free throw from sophomore Tim Ritchey, and the Vandals seemed to have had found the stroke they had been seeking since the second quarter, when they outscored the Explorers, 13-10.
But Vandalia went cold again, making just one basket in the final 2:05, while the Explorers added seven more points to earn a 60-50 win.

Three freshmen, a sophomore and a junior started for the Explorers, and they did their damage early, using two jumpers, a layup and a 3-pointer to take a 9-2 lead with 4:32 left in the first quarter.

A 3-pointer by Vandals senior Marty Johnson 18 seconds later cut the deficit to four, but from there, Marquette Catholic would use a 10-2 run to end the first period ahead, 19-7.

“They ran their stuff well,” Jackson said. “They did a good job right off the bat and put us in a big hole.”

The Explorers would lead by as much as 13 early in the second period, before improved defensive intensity helped create a 9-5 Vandalia run over the final 4:16 of the first half, leaving the Vandals behind by nine at halftime.

Coming off a Marquette Catholic travel, junior Dathan Berning saved a loose ball to prevent a turnover with 49.2 seconds left in the half and 27 seconds later drew a foul on his way to the basket.

By sinking two free throws, it seemed the Vandals would go to the locker room down seven with momentum on their side, but junior Nate Henna committed a foul with 2.1 seconds left in the half, allowing the Explorers to get their nine-point advantage back after making two free throws.

A quick 3-pointer by sophomore Leyton Godoyo and a layup by Berning cut that lead to four just 55 seconds into the third period.

But that surge would be the last points for the Vandals, who were also outrebounded 36-14 for the game, for the next five minutes.

Junior Bryan Hosick, in his first game back from a shoulder injury that had sidelined him in the past two games, scored four points in the final 1:19 of the third quarter, but the Vandals still trailed 44-31 entering the final period.

Senior Daniel Bell made a layup and a 3-pointer in the first two minutes of the final stanza to counteract early scoring from the Explorers, but it wasn’t until Johnson made two 3-pointers, the second coming with 3:35 left to play, that the Vandals looked as if their superb effort was not going to be wasted.

Jackson did praise the team’s effort, because the Vandals – who had limited practice last week due to the winter weather – had done very well in the last practice before the game.

“(The game) was a step in the right direction," he said, "but we need more of that." 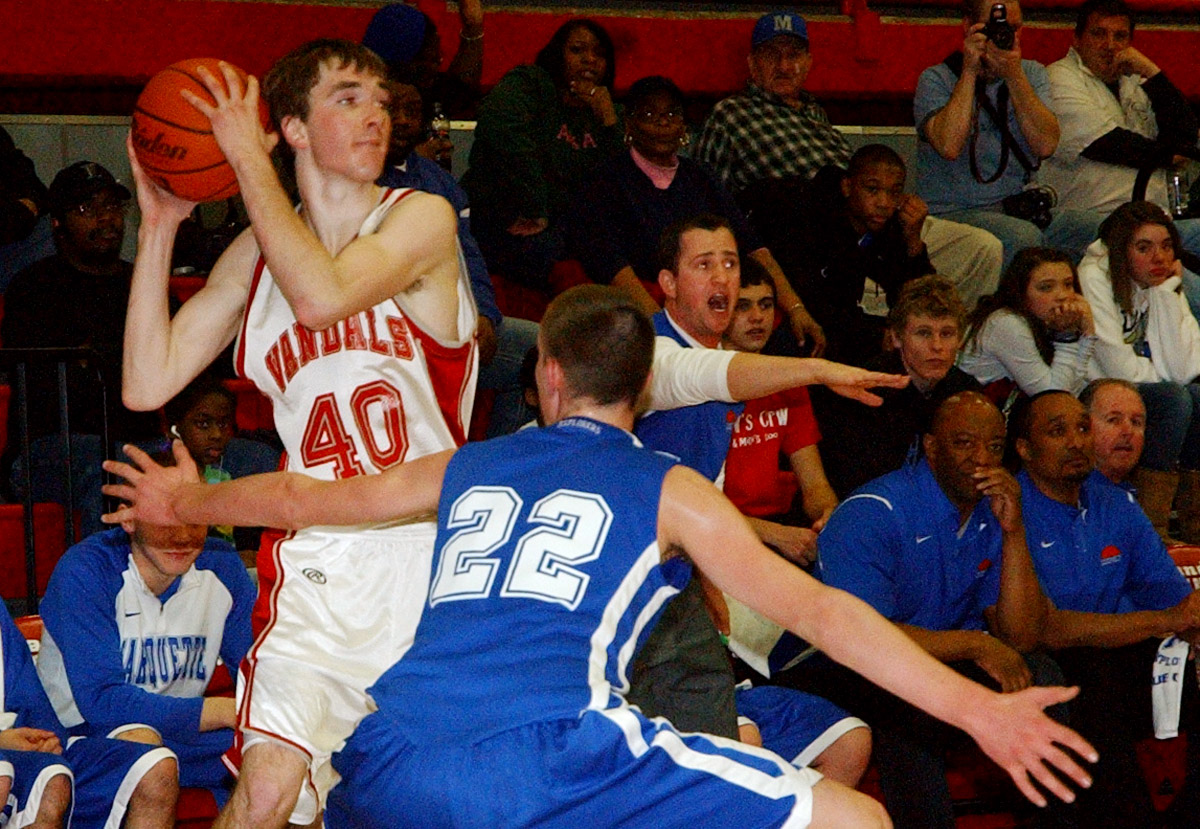