There has been talk in the community that the Evans Youth Center will be torn down to make way for a new public building.

In reality, there are several major issues with the building that are causing Vandalia Park District officials to proceed with demolition plans.
Over the years, termites and mold have taken their toll on the building, according to park district board President Mark Miller.
The log cabin structure was built in the early 1950s, when Charles A. Evans and his wife, Josie, formed a corporation known as Evans Youth Center.
According to Vandalia Remembered, a community history book published for Vandalia’s 175th birthday, “the stated purpose (of Evans Youth Center) was for the activities of the Boy Scout and Girl Scout troops of Vandalia.”
The building, commonly known as the Scout House, was built on property at the northwest corner of Eighth and Randolph streets, with the Evanses’ plan calling for some of that property to be used for athletic fields.
In May 1963, the corporation turned the property to the park district, which has maintained it ever since.
Miller told The Leader-Union recently that park district officials have known about problems with the building for some time, and have tried to address them.
For example, he said at a recent park board meeting, the park district would have the building treated for termites, only to find more termites the next year.
Mold is also a big issue, he said.
“I think it’s an eyesore,” Miller said at the recent park board meeting, explaining that the building is no longer used by the public.
With the mold and termites, he said, “I think that if you walk in that place, you would understand that it must come down.”
Park district attorney Jack Johnston said later in that park board meeting, “I was a Scout leader 35 years ago, and it (Scout House) was in sorry shape then.”
Near the close of the discussion on the issue at the recent park board meeting, Gary Oldham, park district superintendent, told board members he believed that his staff could handle the demolition of the building.
As it became apparent that the Scout House was no longer usable, Miller approached Vandalia native Denny Corbell, who owns the former Lincoln School.
“He was tickled to death” about the Scouts using the former school, Miller said, adding that he has received good feedback from local Scout leaders on that action.
In a press release, Corbell explained that since the former school, now known as Lincoln School Community and Cultural Arts Center, was purchased by the Corbell-Denny Foundation, improvements to the structure have included new roofs, a new boiler and a new air-conditioning system.
Corbell said the Scouts are being given two classroom in the south wing to use nightly. They are also being allowed to use the former school office for office and storage space, and to use the cafeteria area on a scheduled basis.
In announcing that he is making the building available to local Scouts, Corbell said that their use of the building will result in additional utility expenses.
The park district has agreed to help with those expenses, “but the foundation would like to see some additional donations, especially for the winter months, as these expenses will cut into the funding used to support other area school student-funded projects.”
Corbell said donations made to the foundation are tax-deductible, and will be used for utility bills, insurance and more improvements to the structure.
Also, he said, “Volunteers are always welcome to help with ongoing maintenance, improvement and cleaning needs.
“The goal of the foundation continues to be to help this historical building become an integral part of Vandalia history, and used for community and cultural arts needs for the area,” Corbell said.
Donations to the foundation may be sent to the trust department at First National Bank in Vandalia and designated for use at Lincoln School.
Coinciding with discussions on the demolition of the Scout House, but totally unrelated to that action, have been discussions with Evans Public Library District trustees on the district’s use of some of that property.
Library district trustees have had preliminary discussions on building a new structure (see separate story), and they approached park district officials about using some of the district land.
The Scout House property was discussed, and Miller liked that idea.
“The Evans built the Scout House and donated that land to the park district, and they also provided the funding for the building of the current library building in 1960,” Miller said.
“With that in mind, what is a better way to bring the two (properties) together,” he said.
Another park board member, Larry Bingham, also commented on that idea at the recent park board meeting.
“I think that Mr. Evans would be tickled to death to see that something like this could happen,” Bingham said. 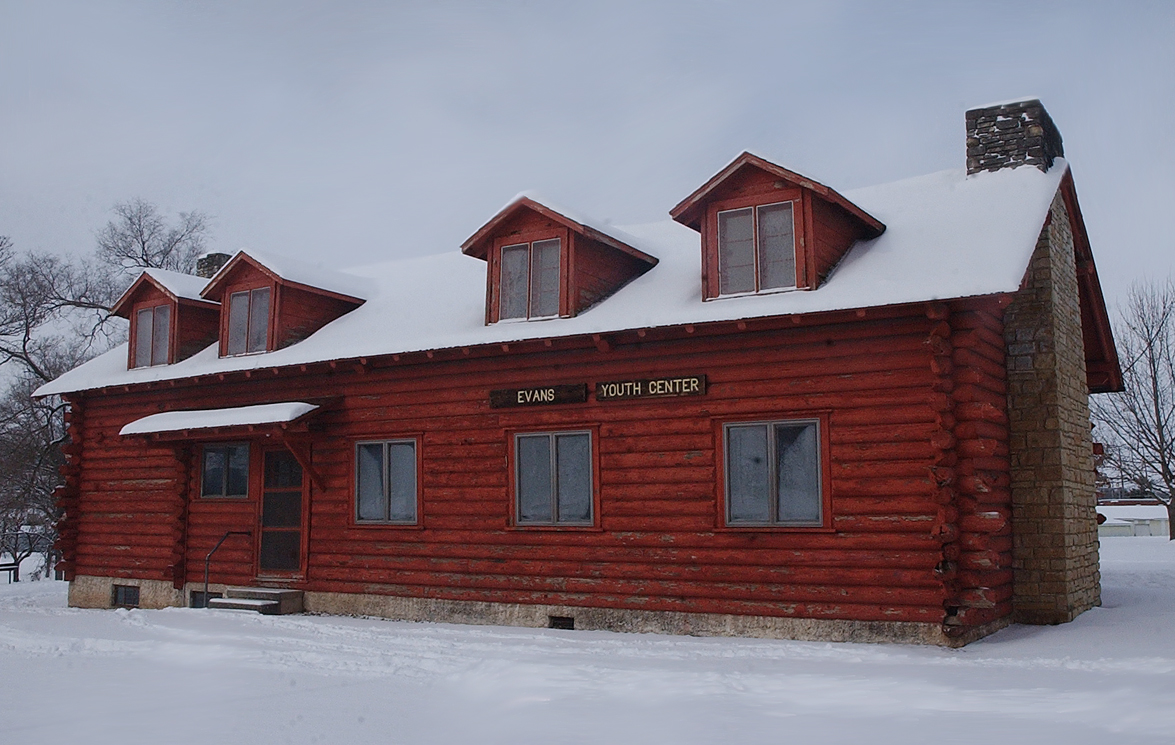 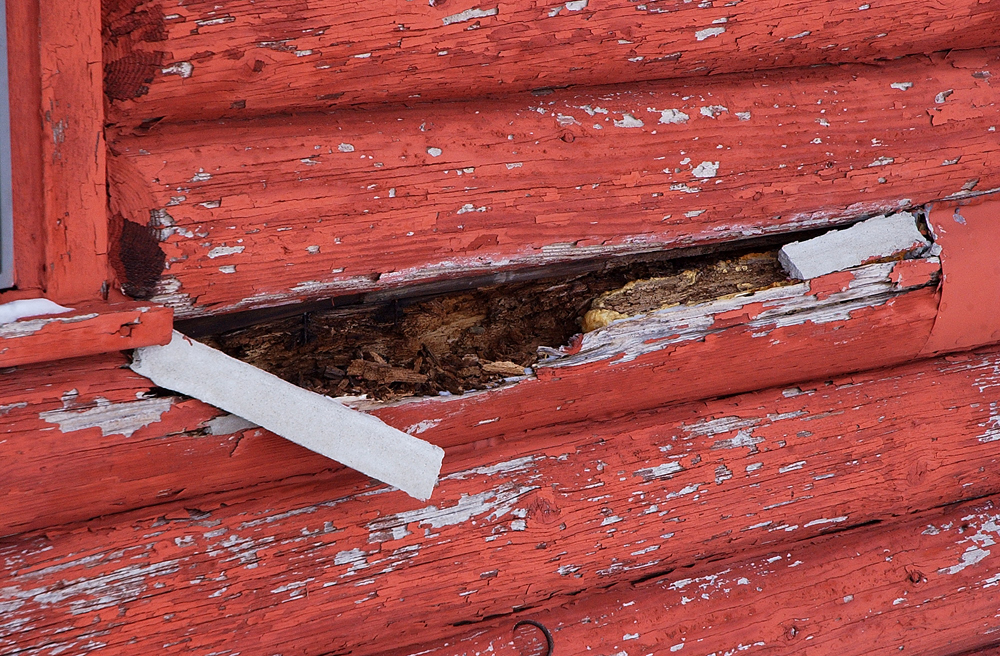 Despite treatments to the building, termites have been eating away the Evans Scout House. Mold is also a major problem with the building, according to Vandalia Park District Board President Mark Miller.