This week’s Mystery Banks Photo: These two boys, pictured several years ago in Indian outfits, grew up in Vandalia. The one on the left now works at the Vandalia Correctional Center, while the one on the left now lives in Edwardsville.
Do you know them??If so, call The Leader-Union, 283-3374.
In last week’s Mystery Banks Photo were: No picture last week.
This week’s Scrambler:  ginbe hirc si ginvah nymoe; nebig hytlewa si vignah meit.
Can you unscramble it??If so, call The Leader-Union, 283-3374, by 5 p.m. next Monday.
Last week’s Scrambler: If you turn the imagination loose like a hunting dog, it will often return with the bird in its mouth. (William Maxwell)
Unscrambling it were: Danny and Linda Kirkland, Diana Roe, Emma Sue and Don Brugoto, Lois Jackson, Cy and Lorene Locke, Larry Henna, Larry Cable, Elizabeth and Richard Kasten, Juanita Workman, Pattie Ropp, Kenny and Sherrie Younker, Charlie Townsend, Cathy Haynes, Jan Williams, Don and Ellen Willms, Shirley Mattes, Eugene and Barbara Milhoan, and Andrew Crosswait. 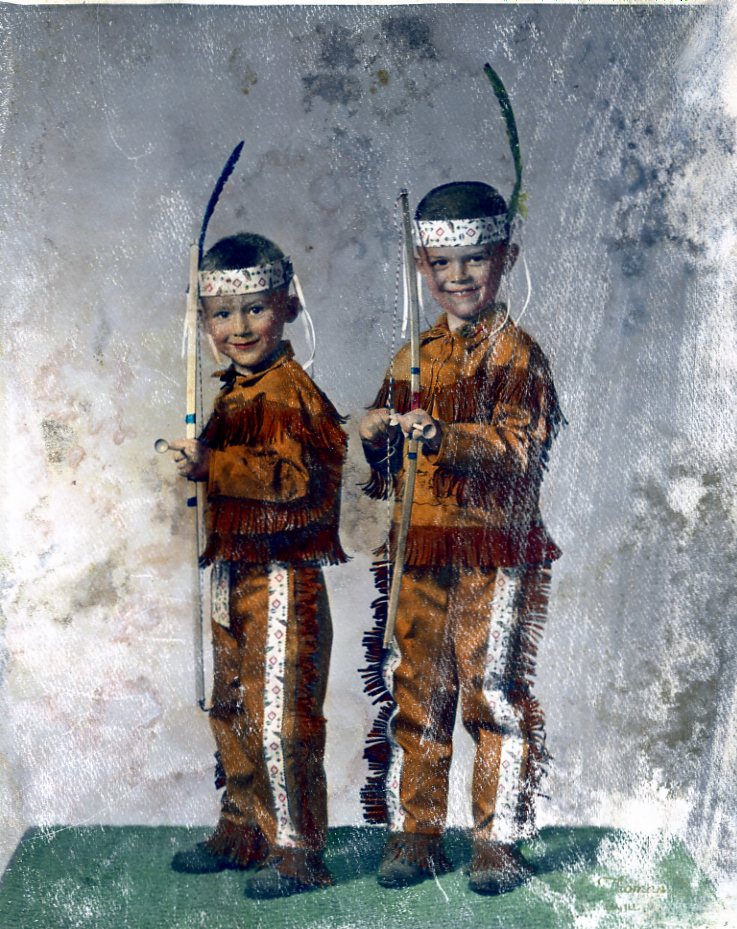