FARINA – The South Central High School boys basketball team used consistent scoring and got strong play from its bench players during a 64-31 win on Monday against Clay City/Noble in the first round of the Midland Trail Conference Tournament.

The seventh-seeded Cougars (5-13) ensured they didn't overlook the No. 10 Wolves by recording four steals and posting a 16-7 lead by the end of the first quarter. Senior Taylor Cain secured six of those points, while fellow seniors Derek Harmeier and Nathan Hill added four each.

"We came out and took care of business," said coach Rick Simmons. "We wanted to establish pretty quick that we would get the lead and hold it to get a bunch of people in."

His plan worked to perfection, as the Cougars continued adding to their lead throughout the first half, eventually holding a 35-13 advantage at halftime.

More importantly, Simmons cycled nine different players into the game before the break, allowing his starters to get some rest before Tuesday's game against Wayne City – which was South Central's fourth in six days.

"(The bench players) all did a lot of positive things," Simmons said. "They are doing what we want them to do."

Hablewitz's points came on a buzzer-beating 3-pointer at the end of the third quarter, a thrill for the sophomore who will be seeing extended minutes next season.

"Rudy is going to be there next year, so he needs to get some experience," Simmons said. "He got his foot down, and it was a smooth shot.

Among starters, Cain led the way with 13 points, 11 of which came in the first half. Sophomore Fischer Tharp and junior Colby Bushue each added eight.

Cain and Bushue both had six rebounds.

Despite facing a 26-point deficit to start the fourth quarter, Clay City continued playing hard until the game's final horn.

Simmons, a big believer in always hustling, was very pleased to see the small team play the way it did.

"That's what you want to see," Simmons said. "You hope for improvement in everybody, because the better our competition is, the better it's going to make us.

"With the first year of their co-op, the first thing you want to establish with those guys is that they want to play hard, and don't quit."

The Cougars played well in the second half after falling to a 26-13 halftime deficit.

Seven different Cougars scored in the fourth quarter, as South Central closed the gap to within nine. It trailed, 38-24, entering the final period.

The Movin' Maroons used a 16-point fourth quarter to seal the victory.

Cain led the Cougars with 12 points, while Stock added nine.

Tharp scored a game-high 17 points, but the teams virtually traded baskets the entire game, giving neither a large lead.

Tharp scored 13 of his points in the second half. 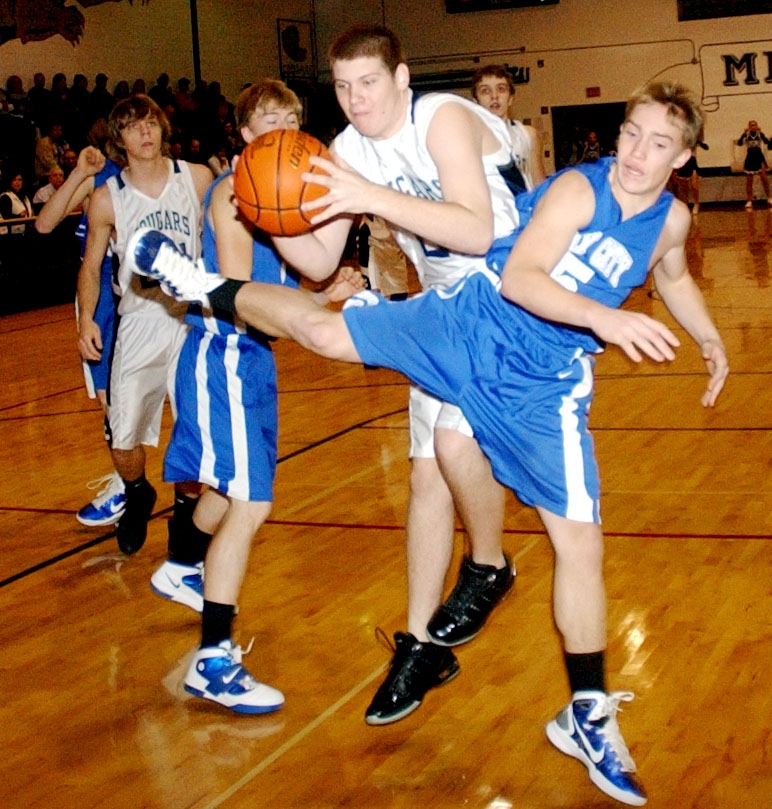 South Central senior Derek Harmeier grabs an offensive rebound early in the Cougars’ 64-31 win against Clay City during the MTC Tournament on Monday. 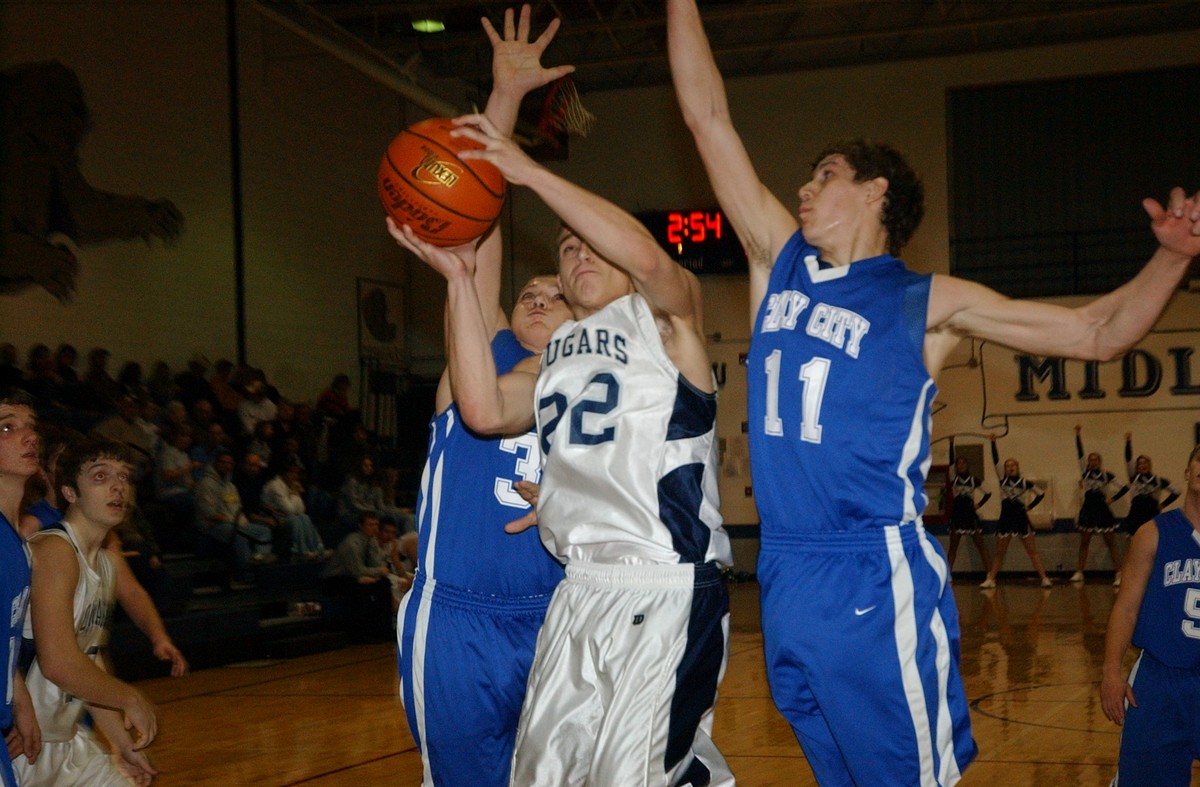 Ross Stock (22) has scored consistently from the Cougar bench in the past several games.