James Dale McWilliams, 77, of Evanston, and formerly of Vandalia, died on Thursday, Aug. 5, 2010, in his home after a long illness.

Mr. McWilliams’ Korean War naval duty (1952-56) took him to stations in Hawaii and California, where he worked in photographic intelligence. After the Navy, he attended Northwestern University, earning a degree in finance in 1959. Upon graduation, he began a 25-year career at Continental Bank in Chicago. His awareness that computers were “the coming thing” led him to return to Northwestern for a master’s degree in 1964. While at Continental Bank, he became a certified financial analyst. In 1984, he moved to the Northern Trust Co., where he applied his computer skills in the Master Trust Division. He retired from Northern in 1999. His sense of curiosity fostered his interest in fields beyond the banking world. The purchase of a house built in 1898 led Jim and Mary to become active in the historic preservation movement. They enjoyed working together on the Evanston Preservation Commission and at the Evanston Historical Society. Mr. McWilliams served on the board of the Dana Thomas House in Springfield and on the Illinois Historic Sites Advisory Council.

He is survived by his wife; son, Robert McWilliams of Evanston; sister, Sharon Butterfield of Kirksville, Mo.; sister-in-law, Karen Le Roy of Wisconsin; eight nieces and nephews; and many friends. 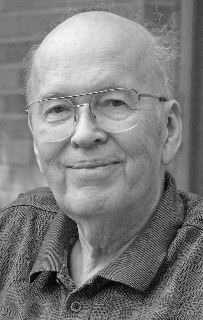