Courtney Gordon continued to improve on her long jump performances. She jumped 14 feet, 1 ¼ inches, placing third. She also placed third in the 100-meter high hurdles (19.8 seconds) and third in the 300-meter low hurdles (1:00.3)

Taylor Parrish set a personal best in the shot put with a throw of 26 feet, 4 inches. Her best placed her fourth in the event. Chelsea Roberts placed fourth in the 400-meter dash at 1:13.4.

The Lady Vandals will compete in the Highland Fresh/Soph Invitational on Thursday at 4:15 p.m., the Tolono University Invitational on Friday at 4:30 p.m., and the East-Alton Woodriver/Roxana Relays on Monday at 3:30 p.m.

A couple of Lady Vandals set personal bests at Breese Central on Monday. As a team, Vandalia placed fourth out of six schools with 43 points.

Vandalia’s best finish was a de facto first-place in the 4×200 relay, as it was the only female team competing.

Gordon had the best all-around day, with two second-place finishes and a third-place finish. Gordon took second in the long jump with a personal best 13 feet, 11 ¾ inches.

Her distances have increased for the past three meets.

Megan Masters had a personal best in the 400-meter dash, posting a time of 1:14.5, good enough for third place.

Vandalia was without its best performer of the year, Sierah Ruffner, who has taken first in the high jump several times this season. She will be back later in the week. 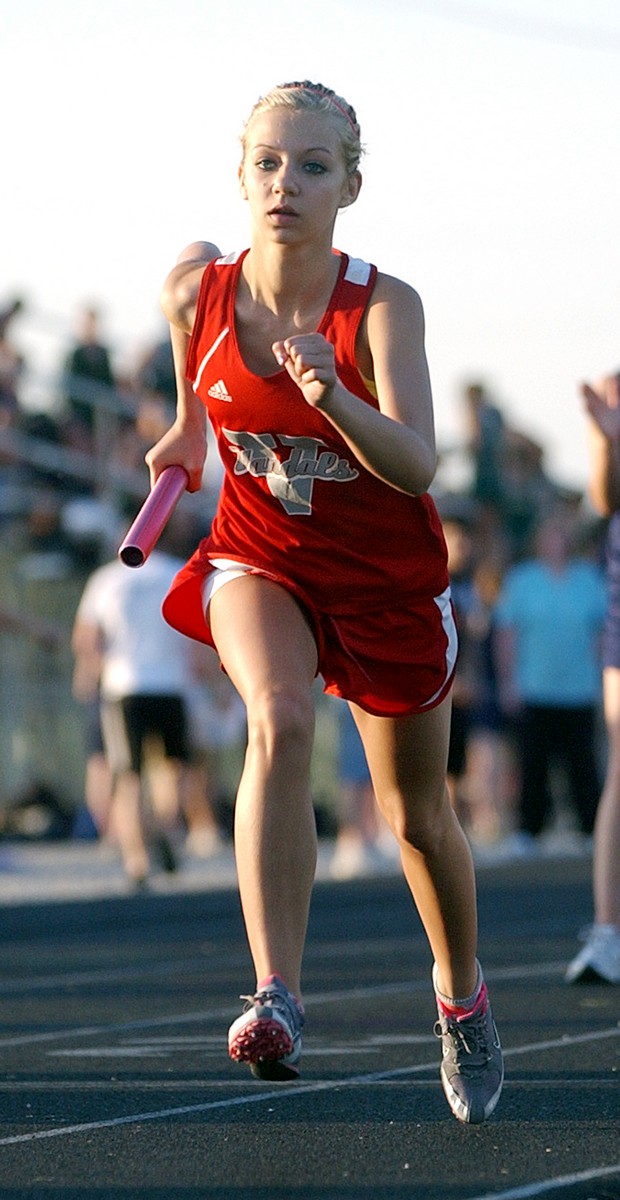 Megan Masters in the 400-meter dash. 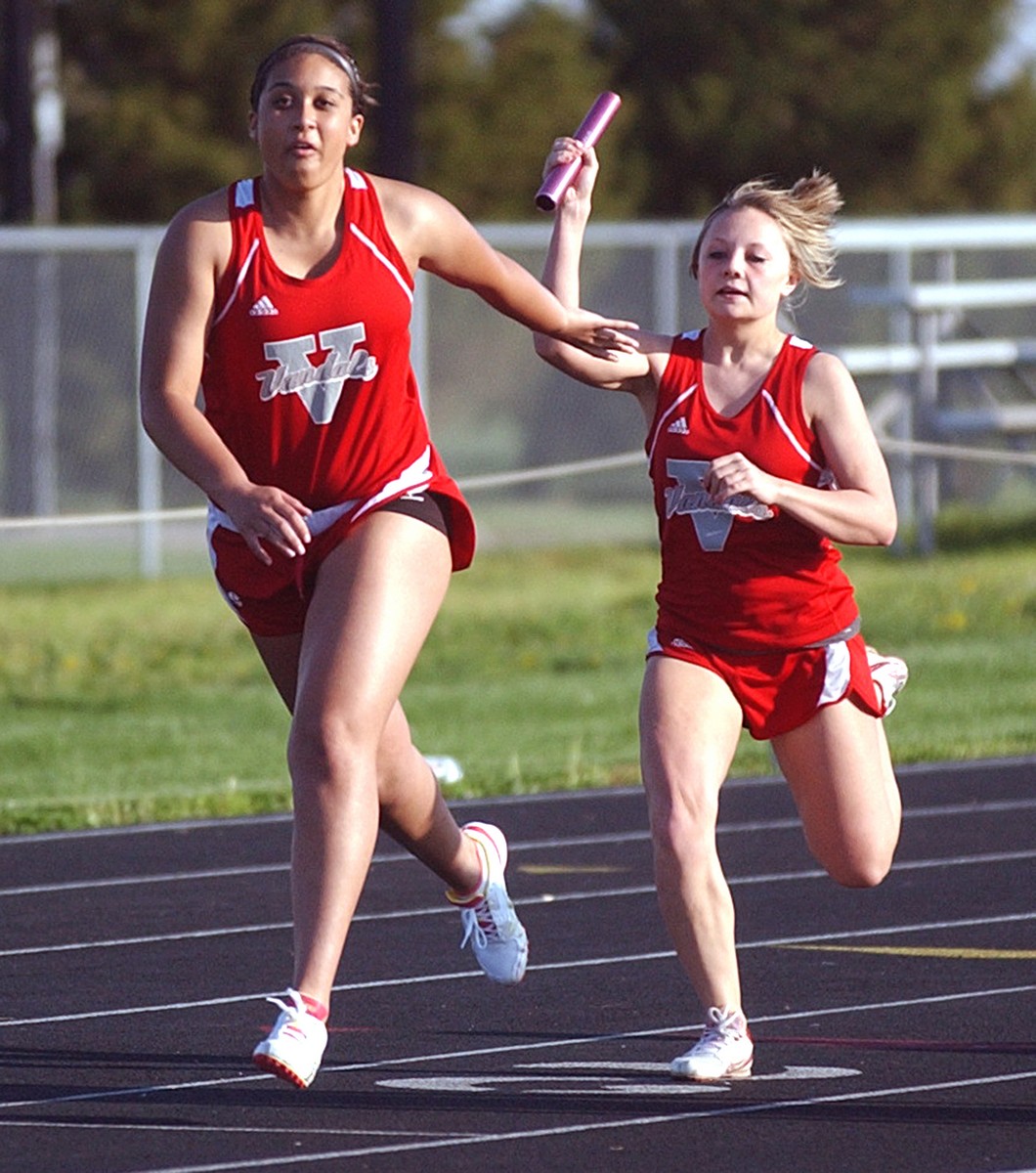 Macey Dokey (right) hands off to Taylor Parrish in the 4×200-meter relay. 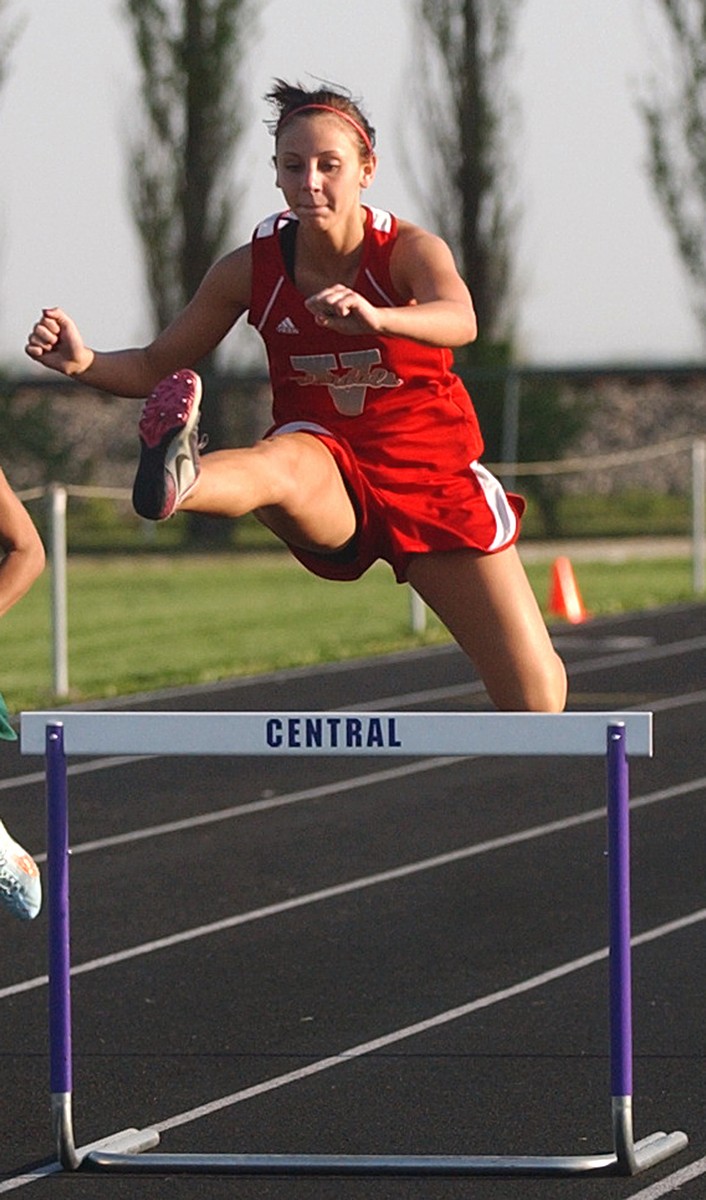 Courtney Gordon placed second in the 300-meter hurdles with a time a 1:01.6. She placed in the top five in three events at Breese Central on Monday. 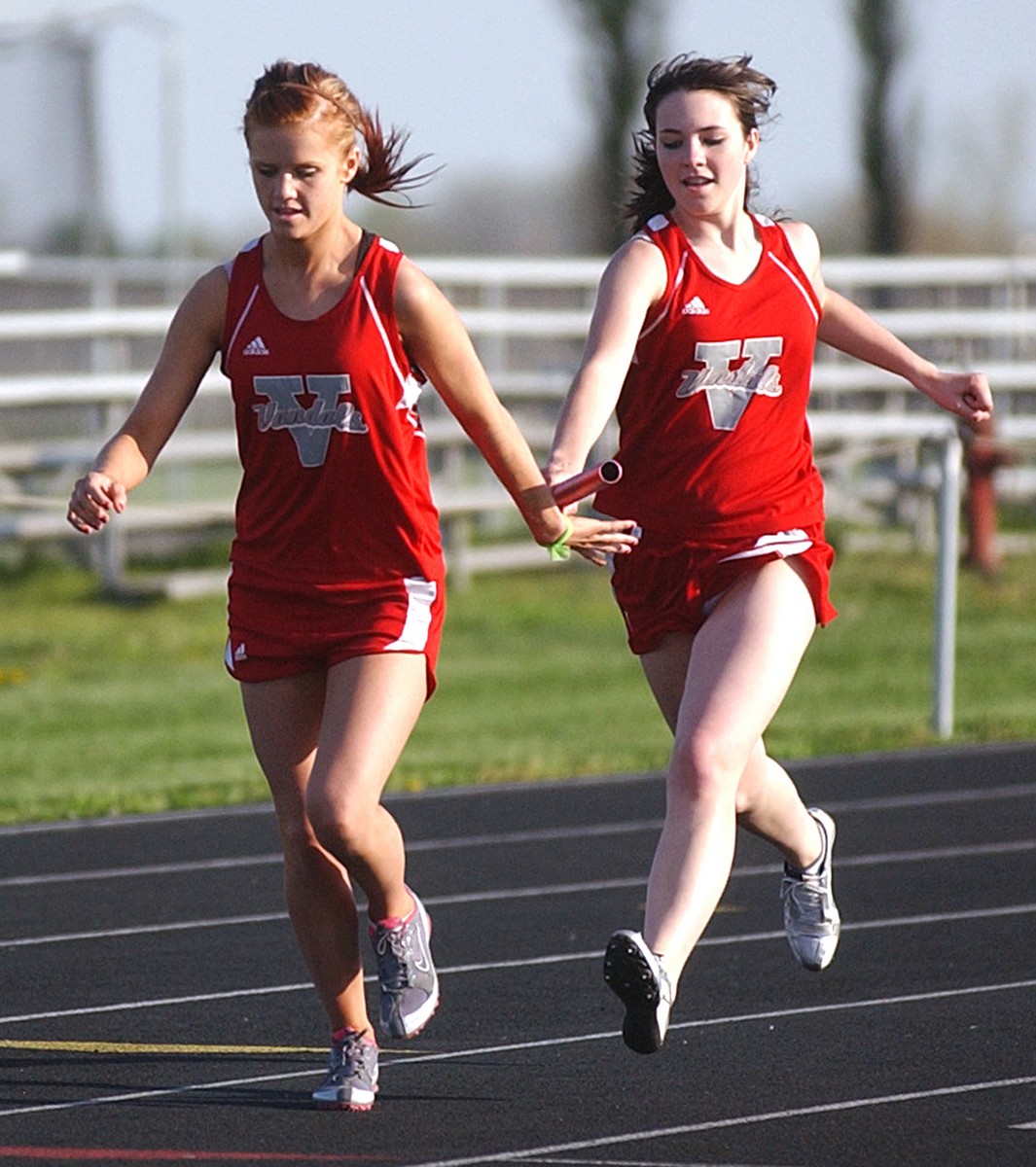 Sydnie Nestleroad (right) hands off to Sarah Frakes in the 4×200-meter relay.