One might say that Vandalia was lucky to get past Roxana in the sectional last Tuesday, but if that’s the case, Gibson City and the rest of the field were lucky that Vandalia wasn’t at full strength going into the dual team state tournament on Saturday. Not to place Vandalia’s 43-26 loss to the Falcons on the shoulders of those who weren’t well enough to wrestle, but the chatter going on in the stands was full of a lot of “what if’s” surrounding Vandalia’s health. What if Trever Pyle, Brendan Cripe and Justin Hill were all heathy? Would the outcome have been different going up against the eventual second place finisher Gibson City?

“[Injuries are] unfortunate for a wrestler and frustrating for the team, but its’ just one of those deals that happens and you just have to do the best you can,” coach Jason Clay said.

Clay had to take some big gambles and risks last week in the sectional, and they all ended up paying off as Vandalia was able to beat the Shells, but at state, Clay’s options were a little more limited, and Vandalia couldn’t deliver in key spots.

Alex Foster opened the day as one of the few Vandals wrestling in his natural class. Despite being in his customary 152-class, Foster lost, starting Vandalia off down 7-0.

Despite going under the knife at season’s end, Brendan Cripe, held together with a brace, was able to deliver a win in his 160-pound match, with a fall with 1:36 remaining.

Levi Ulmer was bumped up two weight classes, going in the 189-pound class. He didn’t have any trouble dealing with his bulkier competition, scoring a 14-2 decision.

Seniors Caleb Walton and Jacob Whalen both bumped up a weight class and both lost decisions. Walton lost a close 4-2 match. Walton was down 3-0 going into the third period and was able to score on a reversal. Whalen was down from the start and lost 10-1.

All of the injuries and weight class shifts gave some smaller younger wrestlers a shot under the bright lights. Freshman Ben Davis wrestled at the 103. He would be pinned in 1:25. A.J. Gaylord, who has see some success at the 103, moved up to 112 to fill in for Hill, who suffered a concussion in practice earlier in the week. He was pinned late in the second period.

Filling in for state-placer Pyle was Bo Belcher. He didn’t fare well, wrestling well out of his normal 103 or 112 range. Trevor Alstat wrestled hard, but couldn’t control his opponent, as he lost by means of a technical fall in the third period. The Vandals’ string of six straight losses more or less signaled the end of the road for the worn-down Vandals, who trailed, 42-10.

“We knew we were a little bit overmatched in some of those weights and tried to make some maneuvers. But getting some more matches against quality people will be good for them,” Clay said.

Despite knowing their team’s fate, the Vandals would finish strong, winning their final three matches.

John Vosholler picked up a first period pin. Senior Jake Harris closed out his season with an impressive 14-4 decision. He scored 10 points in the first period alone. Daniel Edwards finished a great year with first-period pin. His match also ended the Vandals season with a high note of victory.

“It was a great season. We had a lot of ups and downs. We had a lot of injuries this season, from noses to shoulders to concussions and hands and fingers, but that’s just the way it goes sometimes with wrestling,” Clay said “It’s a tough sport, and at this point in the season, everyone is pretty beat up, but I told the kids that Tuesday night (sectional against Roxana) is what sticks in my head, about how they rose to the occasion in a big match and got the job done in front of the home crowd.”

Vandalia graduates four seniors this year, with a plethora of young talent still in the program. The four seniors, Foster, Harris, Walton and Whalen, will always represent fond memories for coach Clay.

“These seniors have been great kids. They’ve all got their own personality and I’ve gotten to know them a lot better as people. I think they’re going to be pretty successful in life, based on what I’ve seen from them and I just hope they can take some of the things from wrestling and apply it to their lives,” Clay said. "Hopefully they’ve learned some things along the way that will transfer over to life and help them be successful. They’re all on the path to being successful, and I hope they stay involved with the sport and the program, because that’s what they need and what the program needs. I care about those kids so much I’m really going to miss them now that they’re done.” 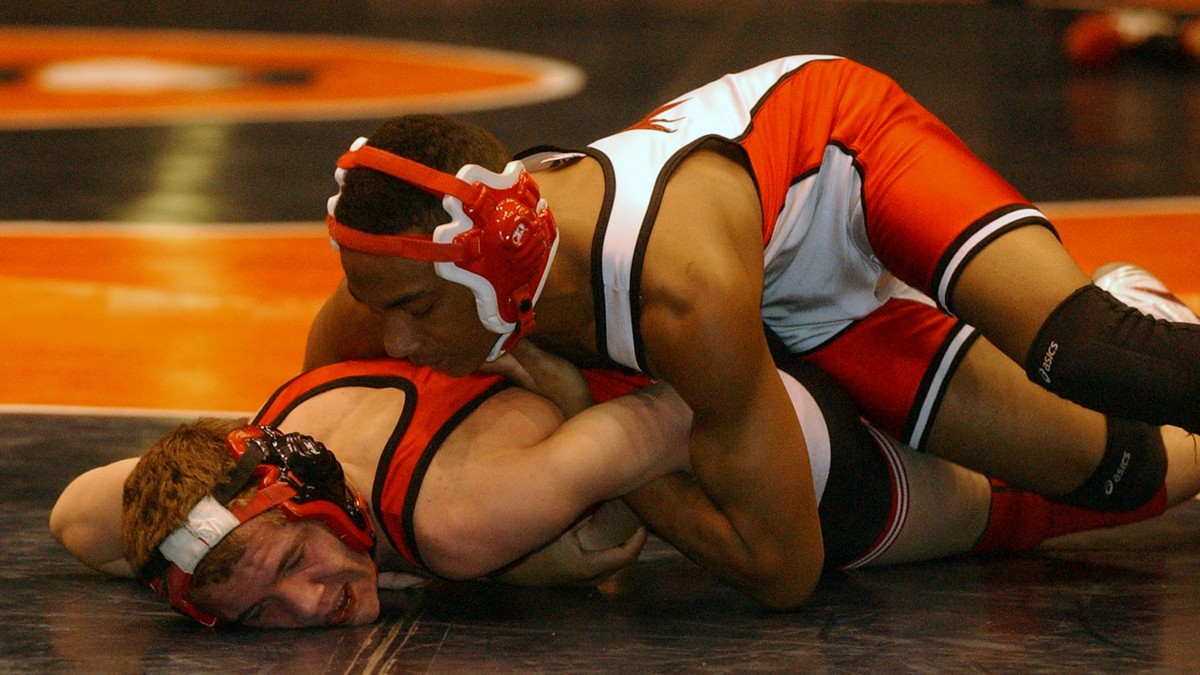 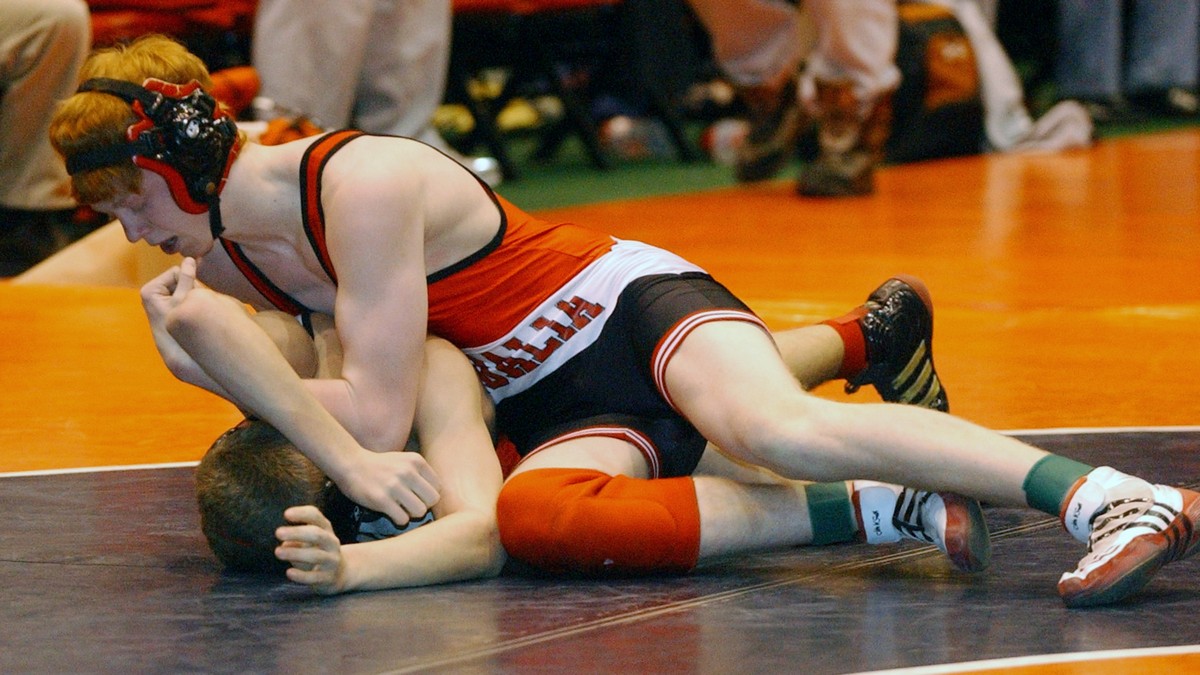 Daniel Edwards (top) closed out Vandalia’s season on Saturday with a first-period fall. Edwards got the pin with only 11 second remaining in the round.