Just a week after placing third at the NTC tournament, St. Elmo won the EIC tournament on their home court at St. Elmo High School.

Amy Fulk had 10 kills on the Bombers win. Morgan Stinbring had 18 assists and five aces. The Bombers played North Clay at Dieterich on Wednesday in the regional, results were not available at press time.

Thursday night matches saw competitive action by all four area teams. St. Elmo opened the night knocking off Ramsey, 25-8, 25-16. The Eagles took an early 13-5 lead and went on a 12-3 run to finish off the Rams in game one. Game two was close early, but St. Elmo got some separation at 8-3. Ramsey took a timeout to try to slow them down, but to no avail, as the Eagles slowly built the lead larger and larger before finishing them off, 25-16.

The Patoka vs. Beecher City match was a match of runs. The Lady Warriors got out to a quick 8-0 lead, but saw it quickly disappear and were soon tied with the Eagles at eight. Another Patoka run put them up 15-9, and they went on to win 25-12.

Beecher City wouldn’t make its run in game two until late. The Lady Warriors led throughout and went up 15-7 halfway through. When they went up 20-10, it looked as if Beecher was done, but the Eagles came fighting back. It was soon 20-15 and Patoka was forced to take a timeout. However, the run continued after the timeout and it was soon a three-point game at 21-18. Patoka managed one more run and went on to victory, 25-19.

Game two was much closer, as Odin had a 6-4 edge in the early going. Following a Brownstown time out, they were able to tie the game at seven and the eight, before taking a 9-8 lead. The Bombers would put together a scoring run and go up 20-12 and before long, closed out the game and match 25-15.

On its off day of the EIC Tournament, Patoka chose to host NTC champion South Central. The Lady Warriors gave South Central a scare, as the match had to go to a decisive third game.

The Cougars ran away with game one, 25-9, but were put on their heels in game two with a 20-25 loss. South Central was able to regain focus in game three, finishing off the Lady Warriors, 25-12.

South Central will play Altamont on Thursday at 6:30 p.m., at Dieterich. 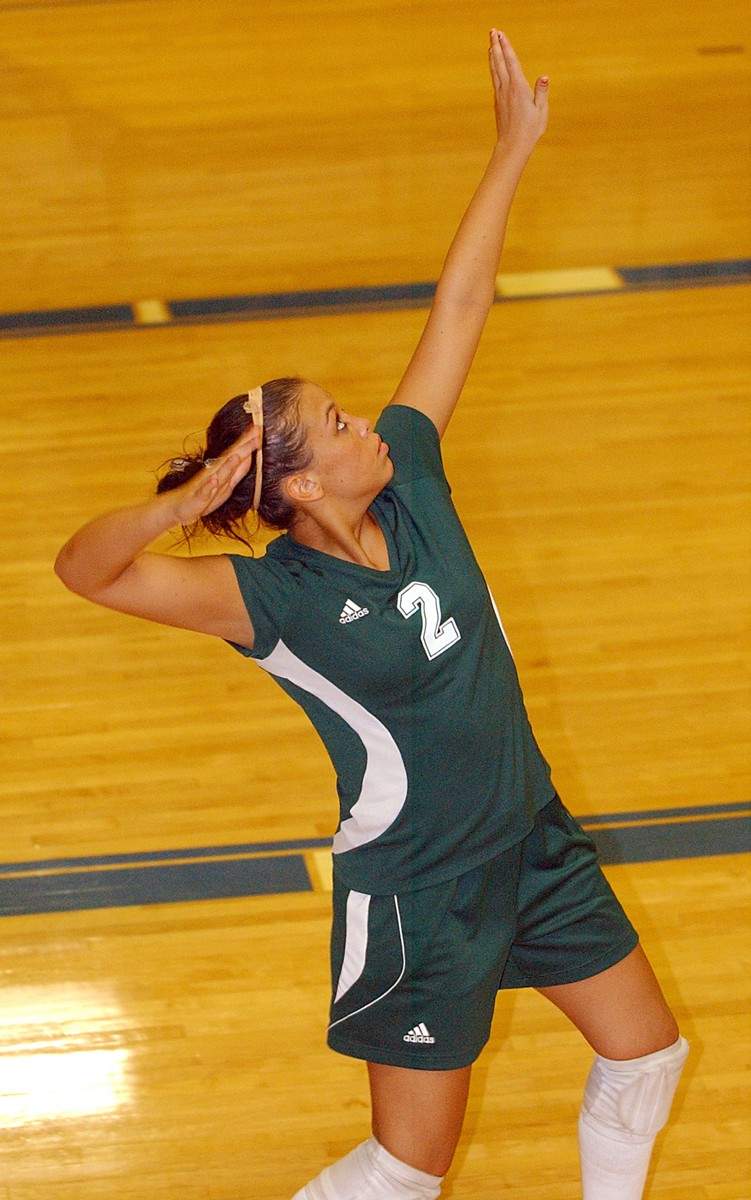 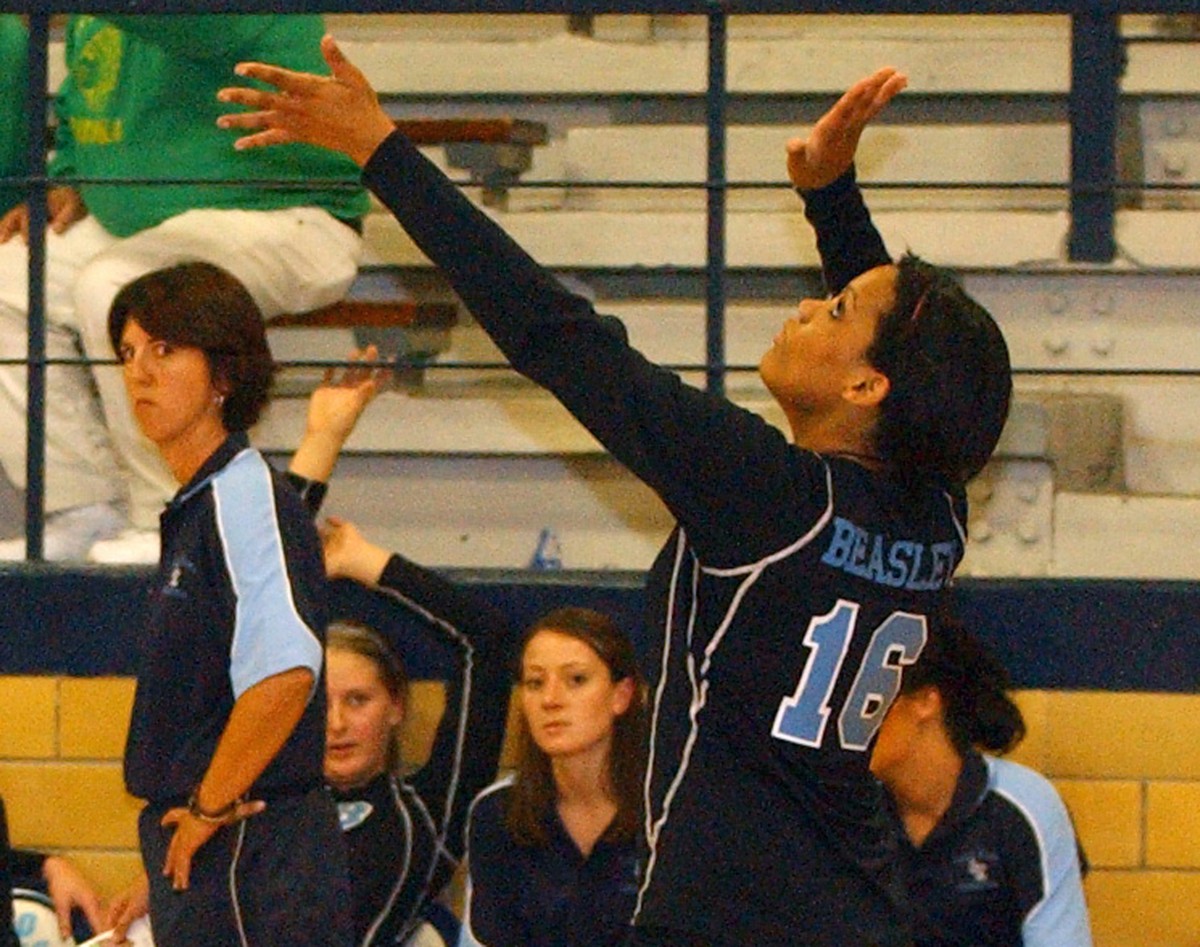 Britani Beasley serves in St. Elmo’s win over Ramsey, while coach Alise Asher looks on from the bench. The Eagles would secure their spot in the EIC Championship just minutes later. 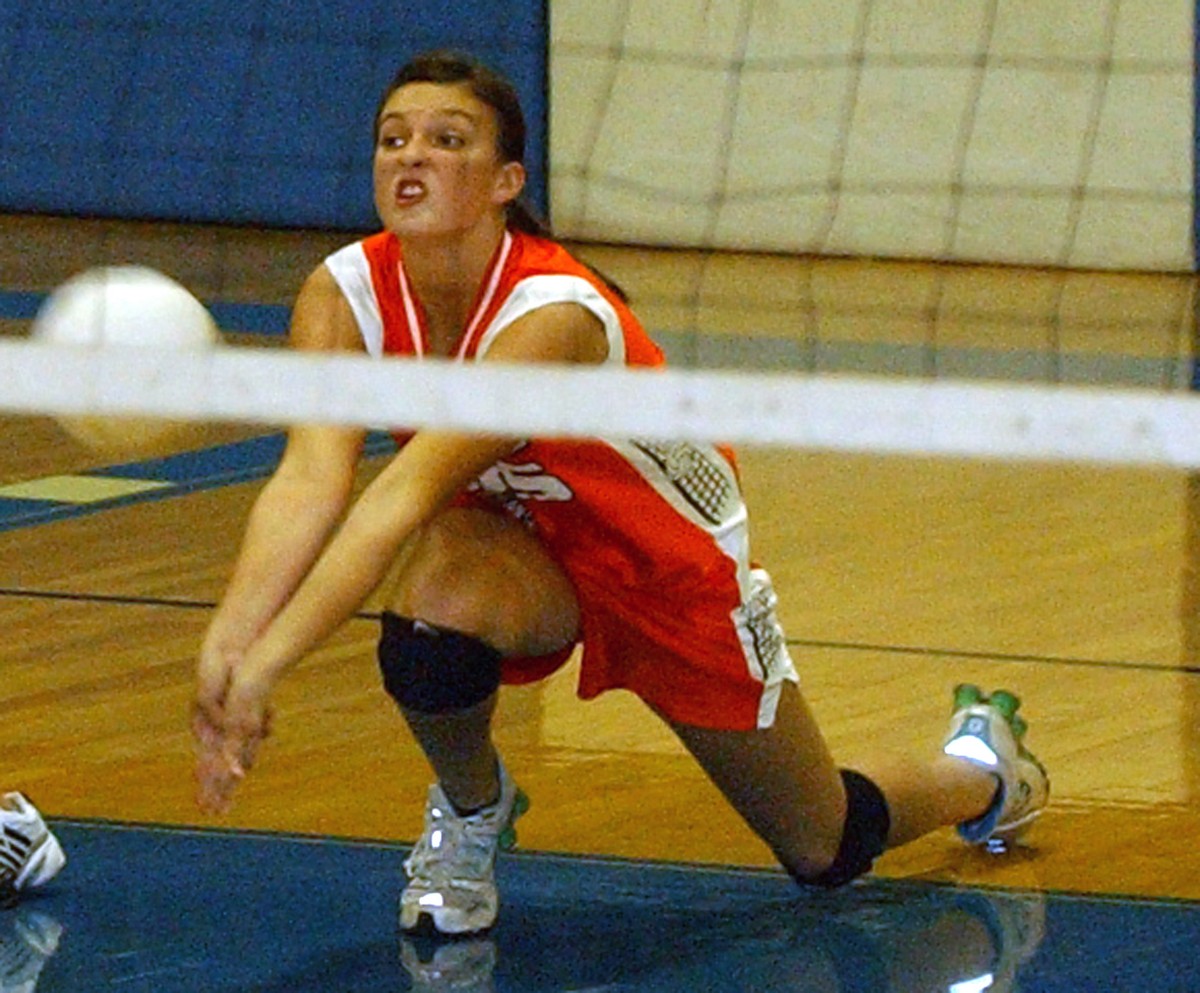 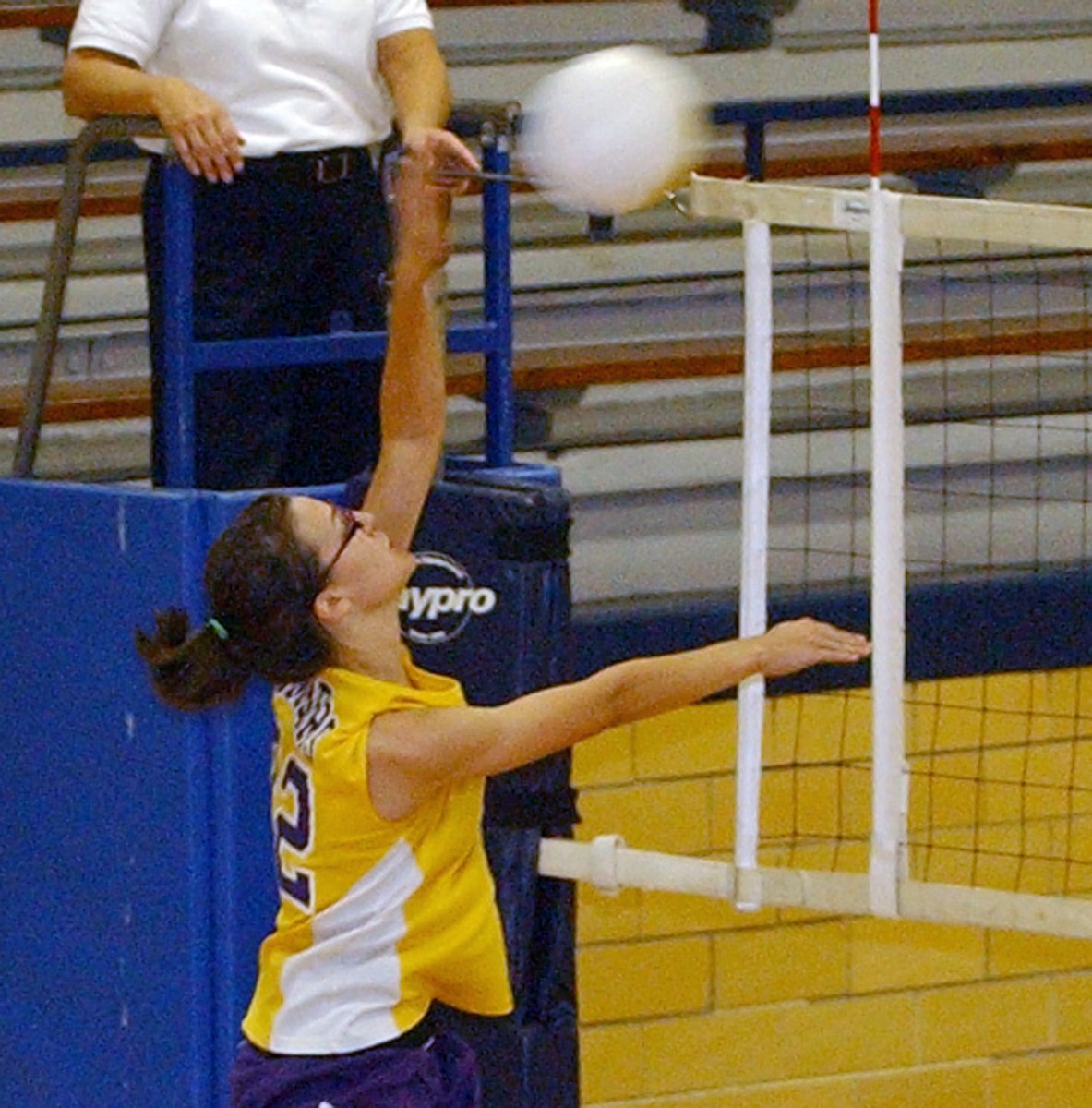 Brittany White of Brownstown returns a hit against Odin on Thursday night. The senior had a team-high eight kills in the win.