St. Elmo grad Logan Mahon has yet to taste defeat on the pitching mound at the college level.

The Kaskaskia College sophomore hurler has had close calls before, but in 11 decisions, which include eight from one year ago, he has not had to put any number besides "0" in the right hand column. But even Mahon can improve.

"The defense behind me is fantastic," said Mahon. "ICC hit the ball hard on a number of occasions, but it was always right at someone. I did not have my best stuff on that day. Our catcher (Brett Mazmanian) calls a great game. I never have to shake him off."

The no hitter was Mahon’s second win of the year. More recently, Mahon won his third game of the year, working six innings allowing only one earned run on six three hits in a 9-5 win over Southwestern Illinois College. He fanned five and walked two. KC is 12-4-1 overall.

"Thus far, this has been a surreal ride for me," said Mahon. "At St. Elmo, we did not make it to state. I think with this pitching staff, we can make it to nationals. I love the way the KC community has supported the women’s basketball team (during its national-tournament run) and I know if we made it, they would support us in the same manner."

When you win 21 consecutive contests, a loss in the conference tournament is probably not going to be enough to exclude you from the national tournament. Such has proven to be the case for Vandalia grad Eric Hobbie and McKendree University, which had won 21 consecutive contests before losing in the championship game of the American Midwest Conference  tournament recently. Despite the setback, McKendree will be heading to the National Association of Intercollegiate Athletics Nationals after posting a 28-5 mark through the season.

They were 14-0 in the AMC, thanks in large part to Hobbie’s first-team all-conference averages of 14 points and 7 rebounds-per-game.

If you can’t attend the Bearcats’ national-tournament opener, you can listen to Thursday’s 8 p.m. contest between McKendree and Northwestern Oklahoma State University at www.mckendree.edu.

Vanderbilt University junior Josie Earnest recently won the individual title at the Music City Classic. Earnest knocked over 1,309 pins in six games for a 218.17 average. She finished with a high game of 246 and earned not only the high game award, but tournament Most Valuable Player, as well. The distant second-place finisher, University of Nebraska’s Valerie Calberry, finished with a 201.33 average.

As a team, Vanderbilt won nine games and lost only two to earn the team title.

Blake Doehring, a Blackburn College basketball player and Vandalia grad, was one of three BC Beavers to average in double figures this year. Doehring, who made 22 starts and played in 24 games, played 32.2 minutes per game. He averaged 12.3 points per game and also had 37 assists and 34 rebounds. Doehring nailed 95 of 277 field goals and 64 of 78 free throws. Doehring, who led his team in free throws, struck 40 times from beyond the arc. Blackburn finished 5-20 overall and 3-13 in the St. Louis Intercollegiate Athletic Conference.

Greenville College’s Emily Brewer and Rachel Brewer, both Mulberry Grove grads, as well as South Central grad Jamie Hebron, each helped Greenville College overcome Milliken University recently, 7-6. Rachel Brewer had the best day of the three hitters, going 2 for 3, driving home three and scoring one. Emily Brewer, a Greenville sophomore, was 2 for 4 with a pair of doubles. She scored twice and drove home one. Hebron was 1 for 3 with a double. She scored once. Greenville is 2-2.

The Southern Illinois University-Edwardsville baseball team has taken its lumps through the first 11 game with a 2-9 record. Former South Central pitcher Spencer Patton has worked 13 innings for the SIUE Cougars. He has allowed 12 earned runs on 20 hits in four appearances. Patton has struck out 11 batters and walked eight.

In his most recent appearance, he worked 3 2/3 innings against Ohio State. Patton, who did not suffer the loss, allowed two earned runs on six hits. He walked two batters in the 13-10 SIUE loss. Patton is 0-3 on the young season.

South Central grads Susan Githinji and Ann Githinji recently finished their basketball season at Greenville College. Susan Githinji, a junior, started 23 games and played in 24 games, averaged 23.8 minutes per game. She finished the year with 120 points and 118 rebounds, respective averages of 5.0 and 4.9 per game. She also had a team-leading 44 steals and 29 assists.

Ann Githinji, a Panther freshman, played in 11 games and averaged 3.3 minutes per game. She did not score and pulled down eight boards. Greenville was 7-17 overall and 4-12 in the St. Louis Intercollegiate Athletic Conference.

Vandalia grad Bryan Hobbie pitched one inning in Greenville College’s most recent game, a 14-9 loss to Capital University. Hobbie, who walked one batter, did not get the loss. He also drove home one of nine runs. Greenville is 1-4.

In two weeks, we will feature the lone senior who finished their career this winter, VCHS grad Meredith Banal. If anyone has any names to add, please e-mail me ([email protected]). 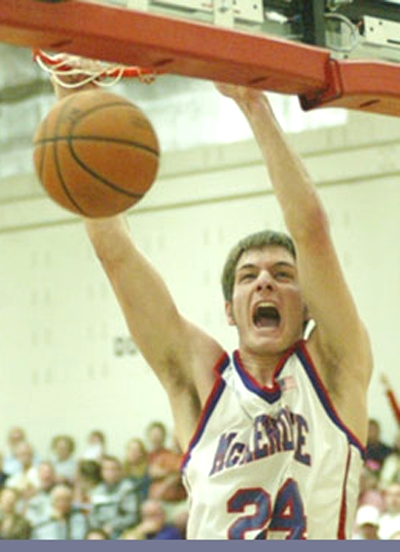 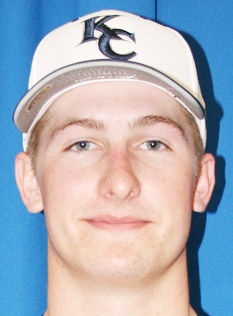