Saturday night was no exception, as the Lady Vandals hoisted the Sandoval Tournament championship plaque for the second straight season, thanks in large part to another overwhelmed adversary’s inability to score.

But it was offense that made the Lady Vandals’ eighth Sandoval Tournament title-game victory this decade perhaps their most dominant of the new millennium, as VCHS shot well over 50 percent from the floor in a thorough 53-22 beating of Woodlawn (15-2).

The outcome was never in doubt, as VCHS rolled to its ninth SIT title overall, thanks in large part to a 14-4 advantage after one quarter.

It was the ninth double-digit lead the Lady Vandals have enjoyed after one quarter this year, and they quickly pushed out to an 18-4 bulge by scoring the first two baskets of the second quarter, the latter coming on a Shelby Cearlock stickback after an Ashley Durbin steal.

The Lady Cards managed to bounce back a bit in the final six minutes of the half, finding themselves down just 12 at halftime.

But the Lady Vandals made sure there would be no thoughts of a comeback by heeding their coach’s challenge and outscoring Woodlawn 19-2 in the third quarter.

"Coach (James) Sanders and I looked at the scoreboard at halftime and we were up by 12, and it seemed we should be up by twice as much as that," Vandalia coach Mike Butler said. "So we talked in there at halftime about (coming out strong in) the third quarter.

"Woodlawn’s a solid team, and I think being down 12 at halftime, they thought they could get back in the game. But we came out in the second half and took it away from them."

Laura Hobbie led the Lady Vandals’ offensive resurgence, going on to score a game-high 16 points. The senior forward did much of her damage on aggressive drives to the basket.

As usual, Vandalia created havoc defensively with its full-court press, but Woodlawn coach Eric Helbig was even more impressed with VCHS’s half-court defense, among other things.

"Vandalia is really good," Helbig told the Mount Vernon Register-News. "There’s good reason why the AP voters around the state gave them so much credit in the last 2A poll. … We could go all the way to the super sectional and not see a team as good as them."

The Lady Vandals wound up allowing just 23.3 points per game in three tournament victories. They went on to hold a sixth straight opponent to 30 points or fewer Monday in a home victory over Hillsboro (see recap in this story).

"That has been quite a run for us the last few games," said Butler of his defense. "Since the Mattoon Tournament, the most we’ve given up is 30. That gives you a chance to win games.

"Offense may come from night to night. But you can always play good defense, and so far, that’s what we’ve done."

Saturday night was certainly one of those nights when the Lady Vandals’ offense was on, as Cassie Warner and Amanda Walton capped all-tournament performances by adding 10 and eight points, respectively.

Four Lady Vandals have earned all-tournament selections this year, as Cearlock was named the MVP of the Mattoon Holiday Tournament and Hobbie earned an all-tourney nod as well.

"That tells you what kind of team we’ve got this year, when four different people do that," said Butler, whose team’s balance has helped it successfully defend two tournament titles. "It’s been that way all year."

The visiting Hiltoppers (7-12, 3-4) trailed by just one point, 21-20, early in the third quarter, but the Lady Vandals took charge by scoring 11 unanswered points the remainder of the frame, moving to 6-0 in SCC-East play and 20-1 overall.

Walton started the run with a pullup jumper, and Kayla Houston opened up a seven-point Vandalia lead late in the frame with back-to-back baskets.

Hobbie connected on a pair of free throws moments later, and Cassie Warner capped the run by hitting a couple of charity attempts of her own with two seconds left in the quarter.

Hillsboro endured a scoreless stretch of more than eight minutes before hitting a field goal at the 6:38 mark of the fourth quarter. The Hiltoppers hit just three field goals in the second half and wound up with 23 turnovers.

"Our defense picked us up again," Butler said.

Hillsboro hit three early 3-pointers and found itself up 13-6 after one quarter. But the Lady Vandals scored the first 12 points of the second quarter to take an 18-13 lead.

Cearlock spearheaded the run with five points and a steal.

"We didn’t guard the three early," Butler said. "They had some big open 3s on us and got us down a little bit. But from the second quarter on, I thought we played pretty good basketball."

The Lady Vandals had another balanced attack, as Warner led the way with 13 points and eight rebounds. Hobbie nearly had a double-double, adding nine points and 10 rebounds, while Cearlock had nine points and four steals.

VCHS has four big conference games remaining on its slate, starting with a date at Pana Thursday. The Lady Vandals will then travel to Litchfield Monday before hosting Pana Jan. 29. They will wrap up the league slate Feb. 2 at Staunton.

The Lady Vandals are gunning for their first-ever SCC-East title.

The JV Lady Vandals rode their best offensive effort of the year to a 47-40 win over the Hiltoppers.

Vandalia led 13-5 after one quarter and held off Hillsboro with a big advantage at the foul line. The Lady Vandals  made good on 16 of 22 charity attempts, compared to 2 of 4 shooting from the line by Hillsboro.

Once again, the Lady Vandals held an opponent to 30 points or fewer, helping them advance to the title game.

The Lady Eagles coughed the ball up 26 times and shot just 27 percent from the floor (9 of 33), keeping them from capitalizing on a handful of opportunities to make the game interesting.

"We gave up a few baskets on dribble penetration," Butler said, "but other than that, it was another real good defensive effort."

Hobbie scored all 10 of her points in the first half, helping Vandalia go into intermission with a 19-10 lead. C-H/B.C. cut Vandalia’s lead to five, 19-14, early in the third quarter, but Walton and Warner scored six points apiece the remainder of the frame to push the Lady Vandals’ lead back out to double digits.

Outstanding rebounding also kept Vandalia in control, as VCHS held a 28-16 advantage on the glass, including 10 offensive rebounds. Warner led the way with 11 boards, while Hobbie had 10.

Those totals helped Vandalia overcome a shaky offensive performance, as it hit just 40 percent from the field and committed 22 turnovers.

"We’ve got to start finishing things on the offensive end," Butler said. "We had a lot of good shots early and didn’t finish them.

"We just told them down there (in the locker room) that the effort’s there every night. We’re never disappointed with the effort of these kids. We’ve just got to start doing a few things a little bit better." 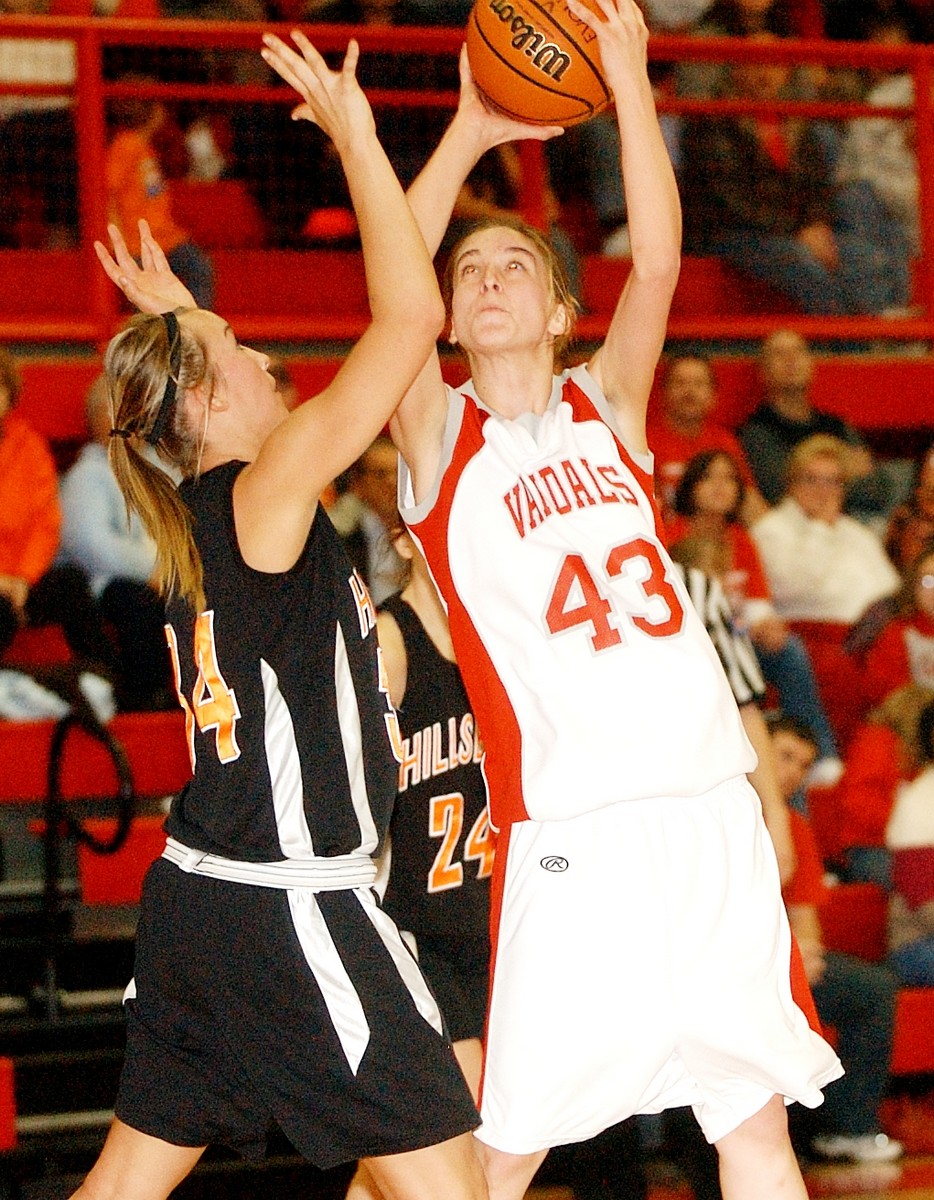 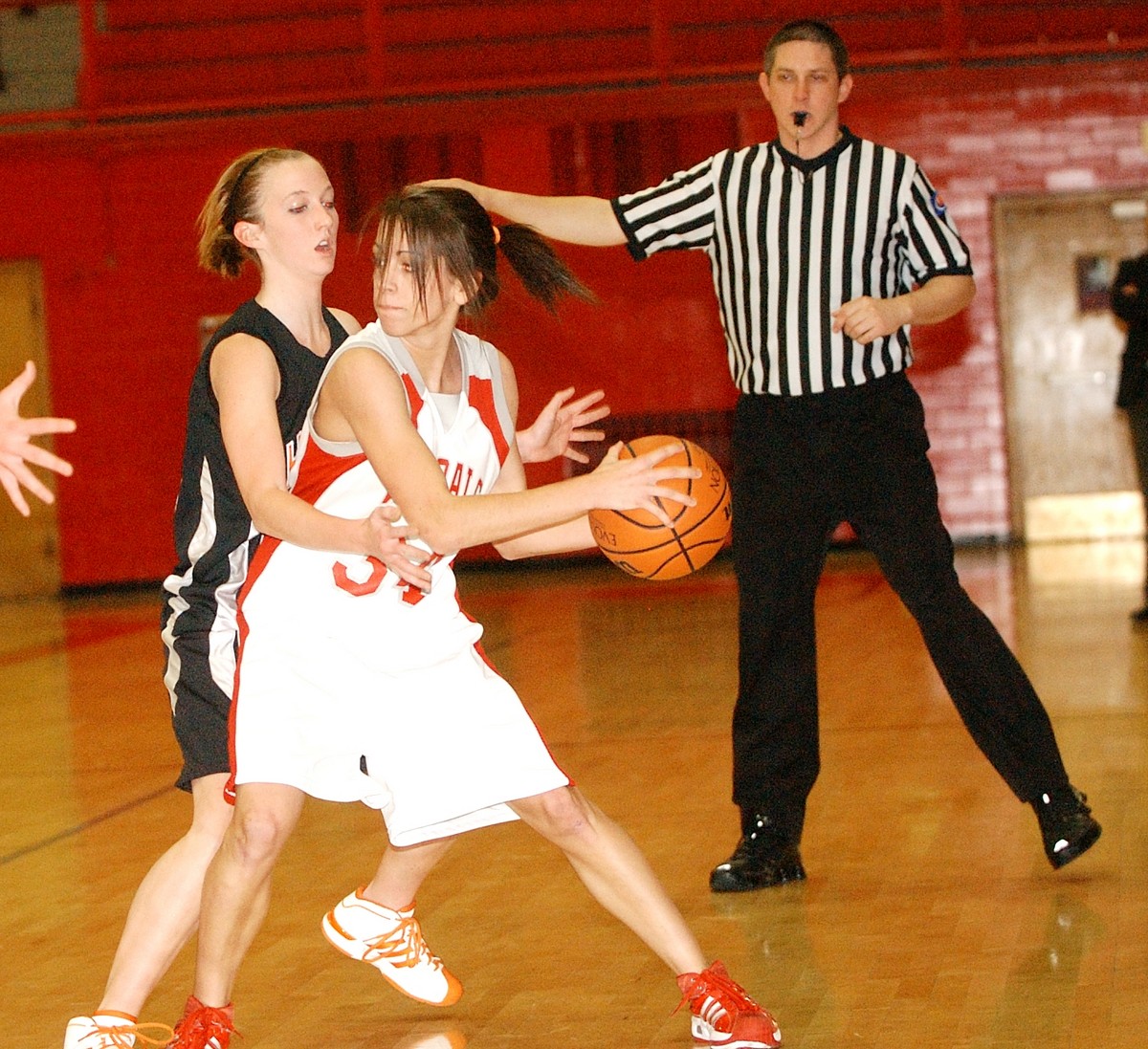 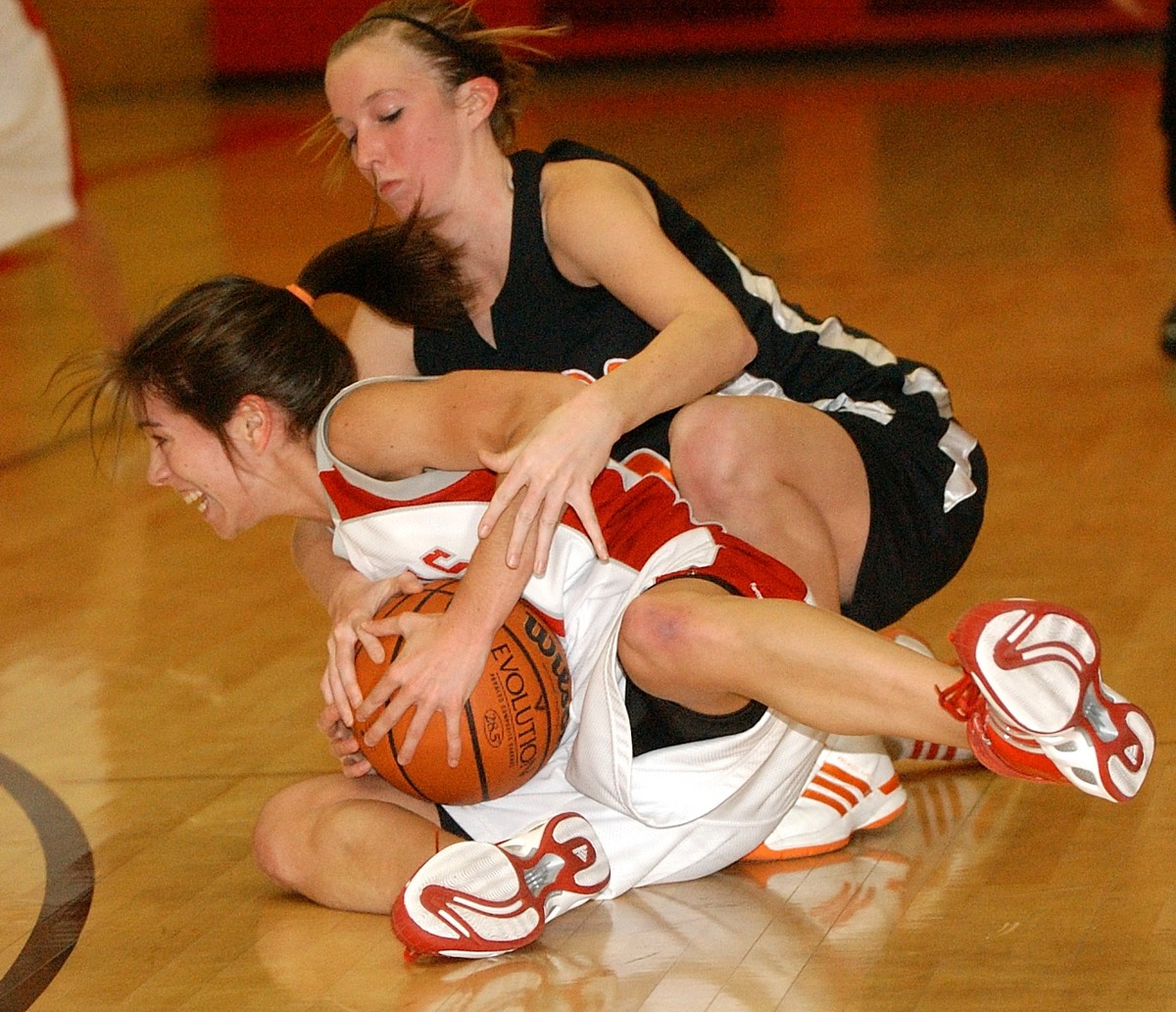 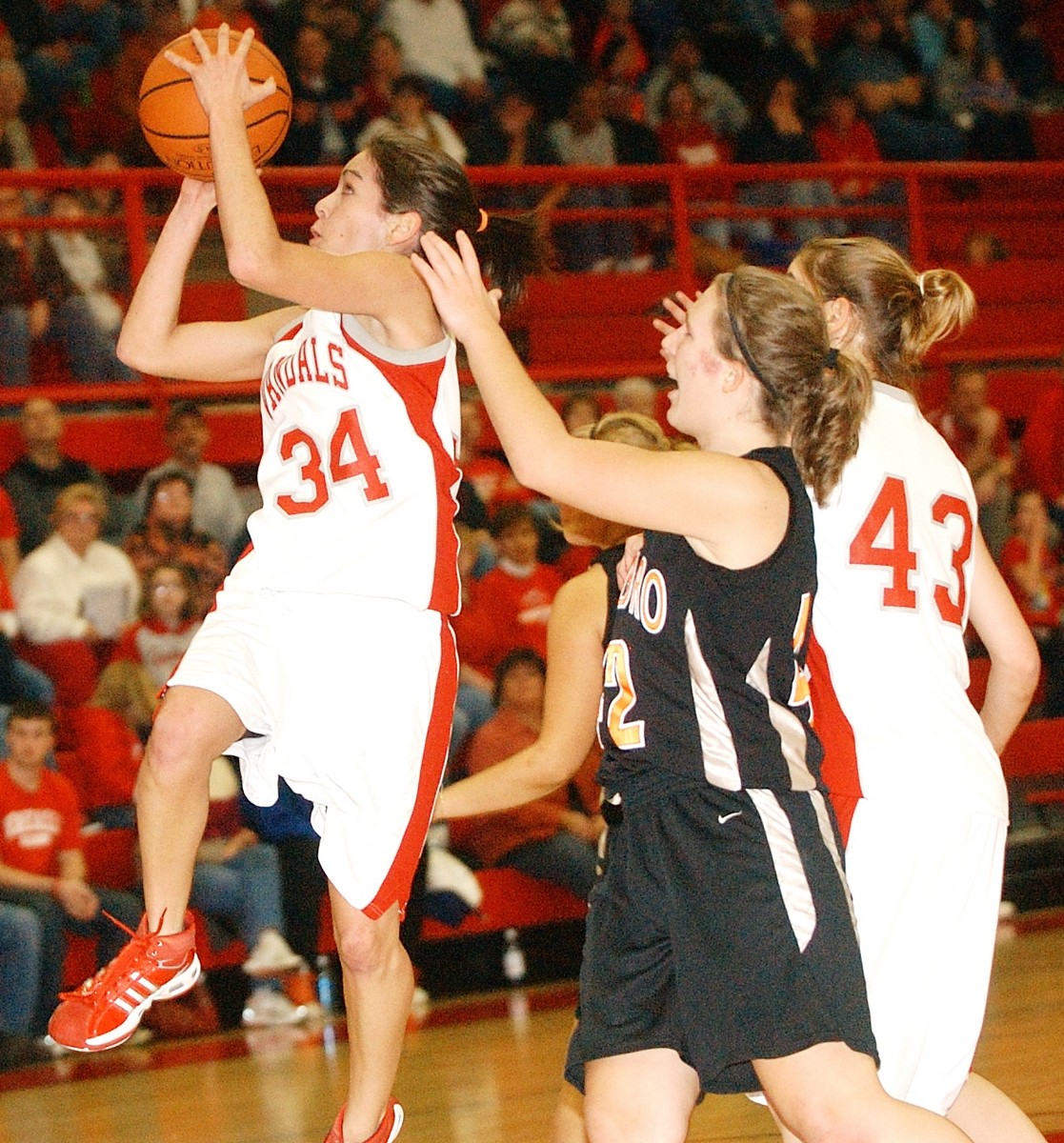 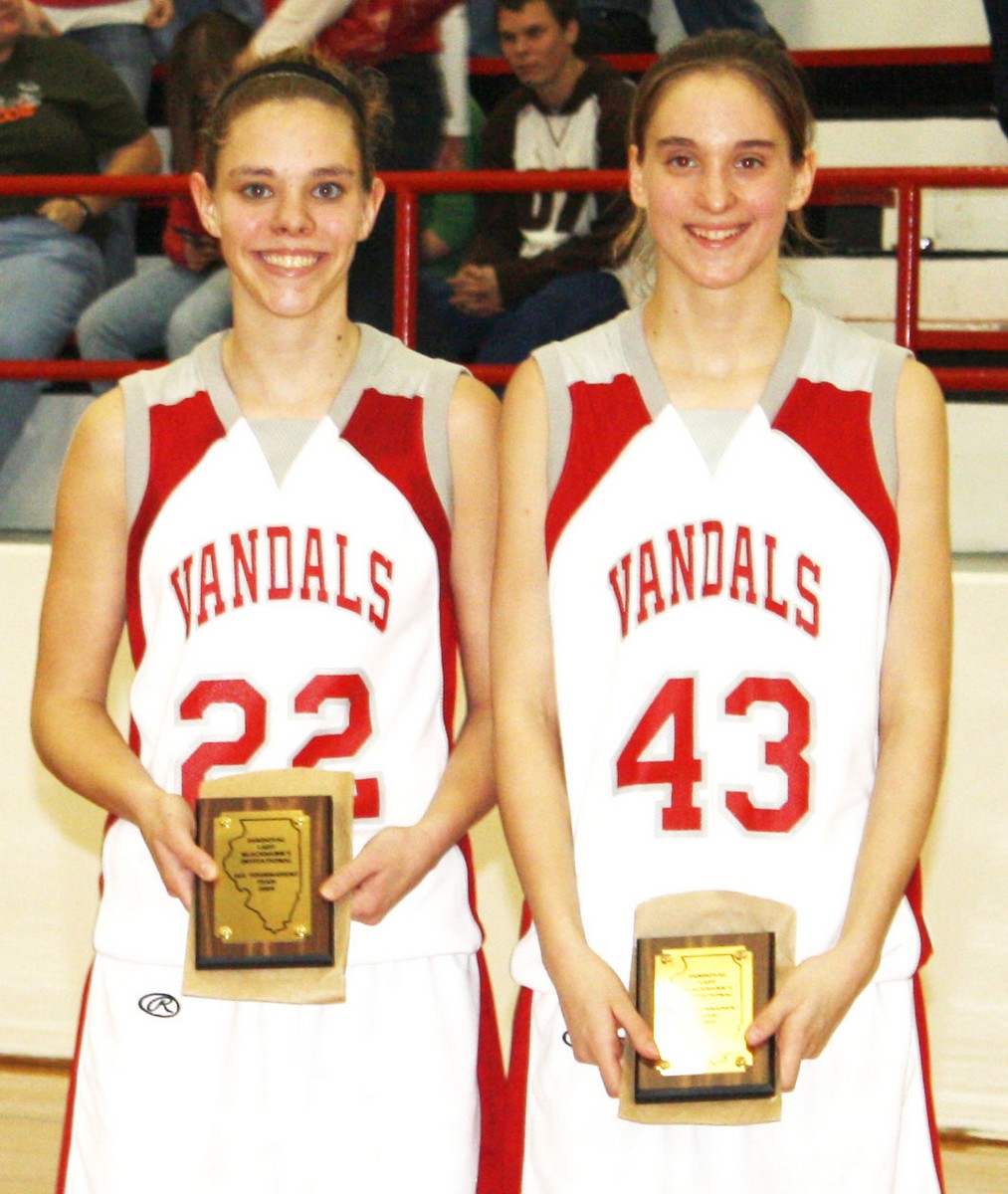 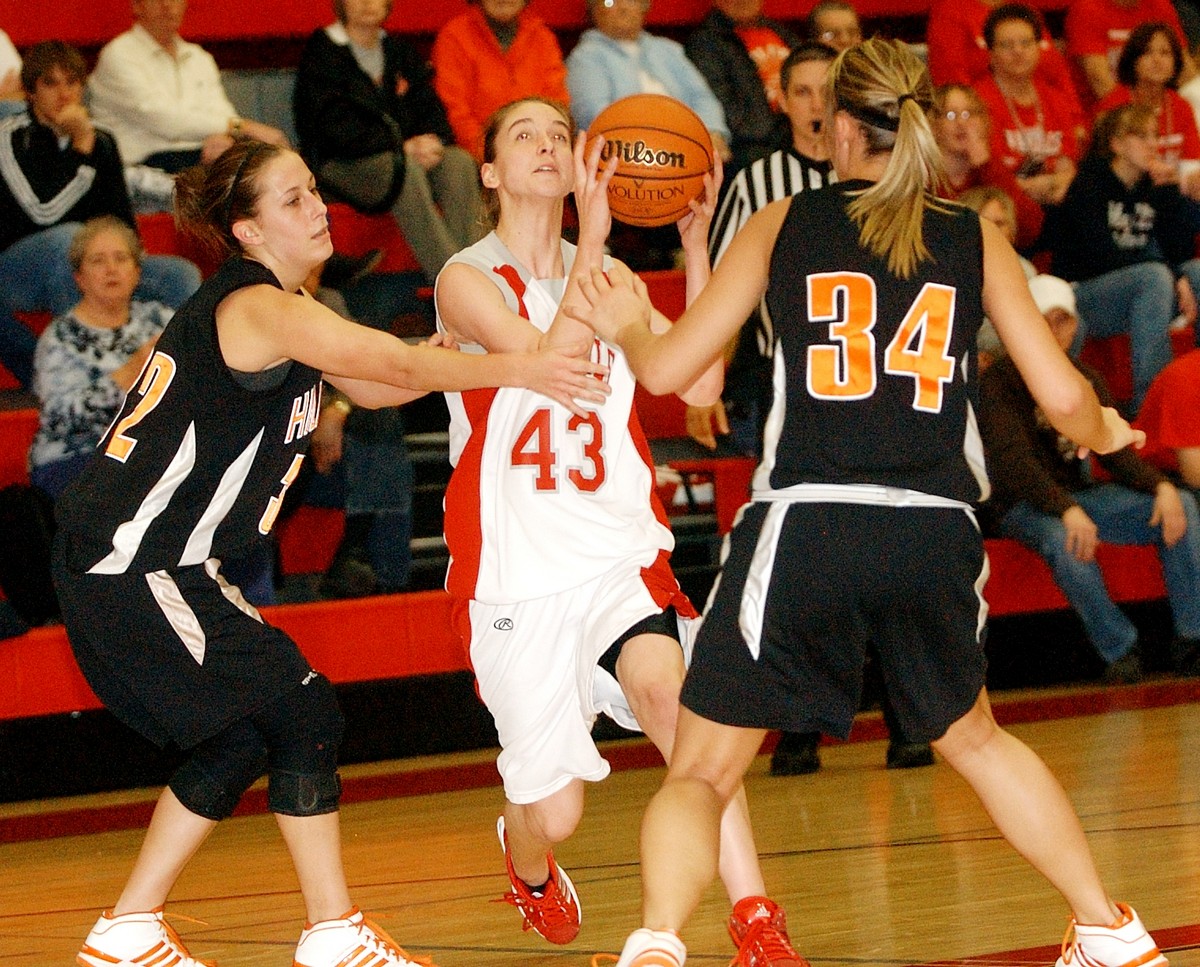 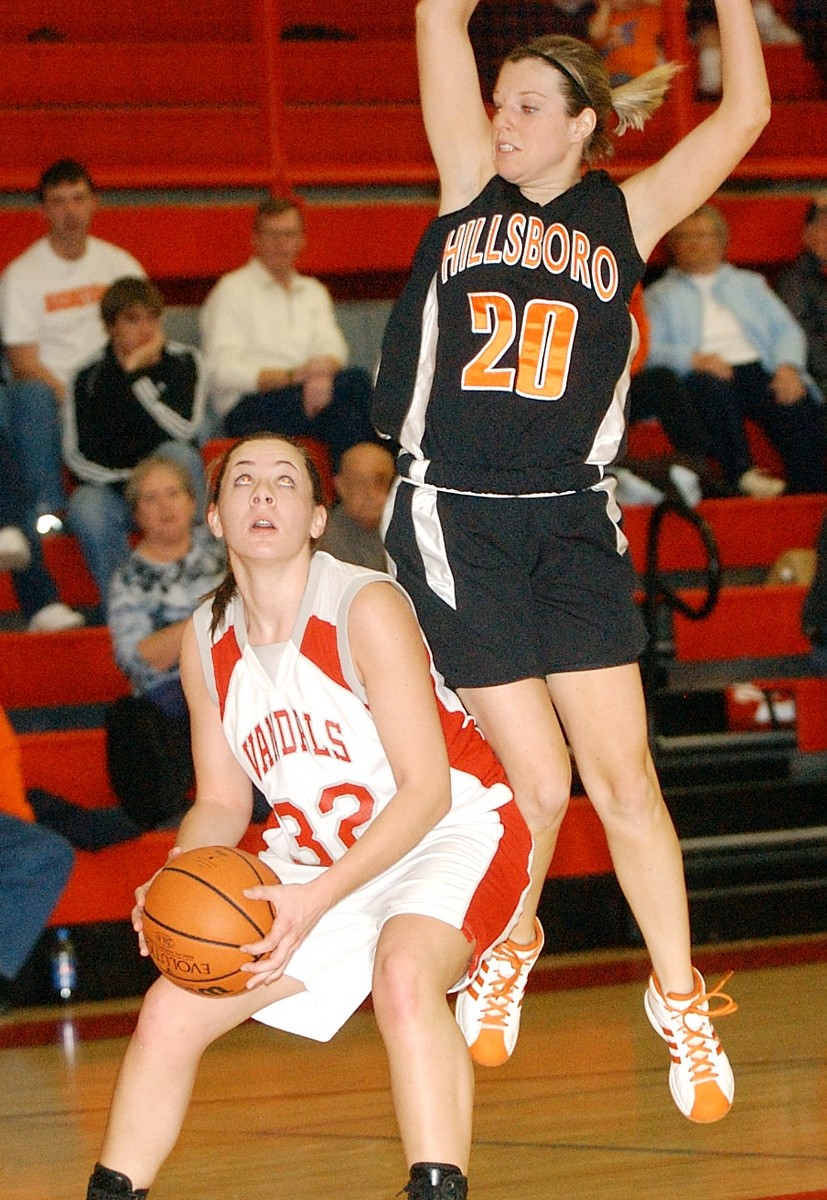 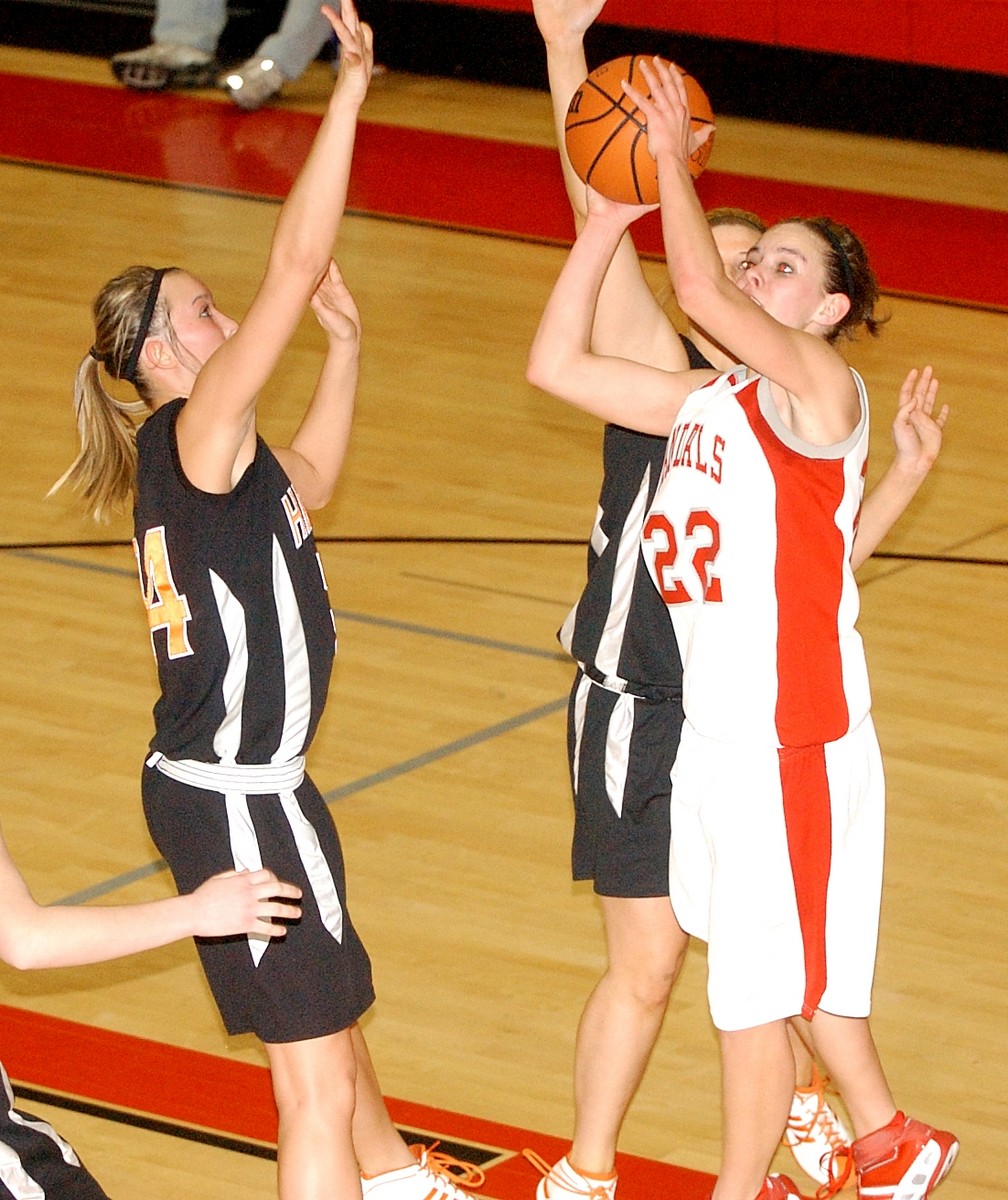