And the early returns indicate he’s done just that after the Bombers’ season-opening 49-39 win over Mt. Olive Monday night at the Mulberry Grove Tournament.

After closing the first half with a 14-1 run that erased a nine-point deficit and gave the Bombers a 27-23 lead at intermission, Brownstown held Mt. Olive to just 16 second-half points on 6-for-27 shooting.

The Bombers weren’t a whole lot better, scoring just 22 second-half points, but thanks to its defense, that proved to be more than enough offense.

Mt. Olive looked poised to run away with the game after taking a nine-point lead, 22-13, with four minutes remaining in the first half.

The Bombers were playing hard up to that point, but they simply couldn’t get a shot to fall.

But that suddenly changed after Cody Robbins drilled a 3-pointer with just over three minutes to go. All the sudden, the Bombers couldn’t miss and Mt. Olive couldn’t hang on to the ball.

Mt. Olive turned the ball over four times in its next five possessions, and Brownstown capitalized big time.

Dalton Goldsboro tied the game at 22 by rattling in a 3-pointer at the 1:51 mark, and Josh Miller gave Brownstown the lead seconds later with a layup off a Michael Kramer assist following another Mt. Olive turnover.

After a Mt. Olive free throw, Cole Rhodes capped the Bombers’ strong first-half finish with a 3-pointer off a Goldsboro steal.

The Bombers can credit their tenacious work on the glass for facilitating the comeback, as they pulled down 11 offensive rebounds in the first half, leading to 15 second-chance points.

Ironically, Mt. Olive briefly retook the lead by converting three straight offensive rebounds into putbacks at the start of the second half, but Brownstown bounced back with a 6-0 run of its own, taking the lead for good.

Goldsboro scored four of his game-high 13 points during the spurt. Rhodes added 11 points, while sophomore Jared Winters had nine and Miller had eight. 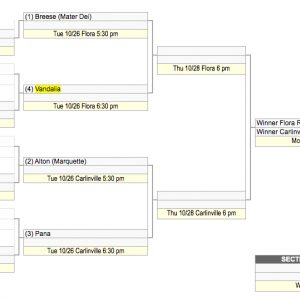 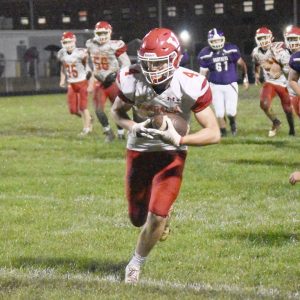 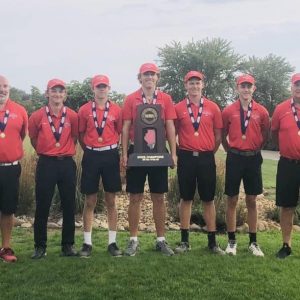 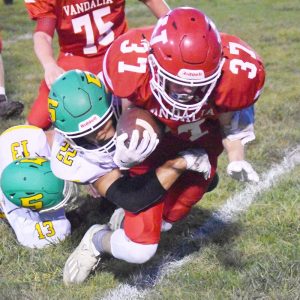